AI, healthcare and fintech are torchbearers of emerging Bengaluru startups 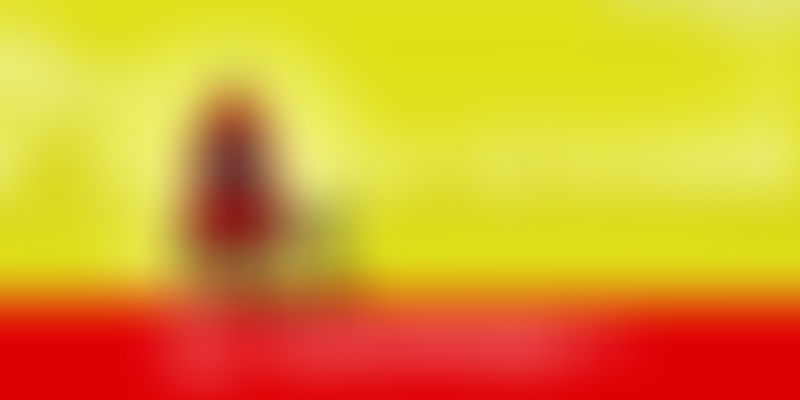 As the TechSparks countdown begins, we list the top Bengaluru startups that have grabbed the spotlight due to the work they do and the growth they are projecting.

Bengaluru has always been referred to as India’s Silicon Valley. This is not just in terms of the number of startups that have mushroomed in the city, but also keeping in mind the funding pumped into the Bengaluru startup ecosystem.

According to YourStory data, between 2016 and 2017 (YTD), the total amount of funding raised by Bengaluru startups was a whopping $6.6 billion.

As many as 460 startups have made Bengaluru their home in the past two years, be it e-commerce giant Flipkart, cab aggregator Ola or Practo, one of the top funded healthcare startups in India. Apart from this, Bengaluru is also home to several second-generation entrepreneurs like Mukesh Bansal and Ankit Nagori, who recently launched Curefit.

While the likes of these are always in the news, we have discovered a set of startups that are now making waves. Though the list is anywhere from exhaustive, these are some startups that have grabbed the spotlight due to the work they do and the growth they are projecting.

No surprises that CureFit is one of the top emerging startups in Bengaluru. While the app was officially launched only in July this year, Mukesh Bansal and Ankit Nagori’s healthcare platform has had five acquisitions, three rounds of funding amounting close to $60 million, and the firm claims to be aiming for revenue of $100 million in less than two years. There are close to 20 Cult centres in the city already and they are looking to break into the Delhi-NCR market soon.

This startup was founded by Myntra mafia Ashutosh Lawania and Prasad Kompalli in February this year. mfine is an on-demand doctor consultation startup. Set to launch its app later this month, mfine will have an app for doctors and patients, and aims to offer remote on-demand consultation with doctors across hospitals. The team claims to have a revenue-sharing arrangement with hospitals and doctors. The platform has already raised $1.5 million from Stellaris Ventures and in a sense will now be in direct competition with Practo.

Vernacular.ai is a platform that uses NLP to build multilingual chatbots for businesses. It is founded by four IIT Rourkee alumni: Sourabh Gupta, Manoj Sarda, Akshay Deshraj and Prateek Gupta. The four, friends for five years now, realised that businesses had neglected non-English speaking users on digital channels in several rural and urban areas. Thus, many people, despite access to the internet, didn’t have access to content. The startup has raised seed funding from Kalaari Capital.

Another AI startup, Artivatic uses patterns of psychology, genomics science and neuroscience capabilities to automate decision-making in real time to improve ROI, cross-sector intelligence and personalised recommendation experience. Artivatic is building a machine that can provide an insurance policy or a loan to individuals in a matter of minutes. It is able to study a prospective customer’s bank history and verify their Aadhaar details before underwriting a policy or disbursing a loan. The company has received $1,75,000 in funding.

A fintech startup, Ezcred was founded by Sachin Maheshwari, former MD of Zephyr Peacock India, and Amiya Pathak, the co-founder of ZipDial. EzCred is a platform that aims to enable consumer lending for people with no credit profiles. It provides Aadhaar- based loan origination process at the point of sale, real time credit approval, and increases borrower spectrum coverage.

48East is a foodtech startup working in the QSR space. The platform delivers gourmet Asian food to one’s doorstep. Joseph Cherian, Founder, adds that the authentic food experience from all 48 different nations of Asia is carefully curated by the experience-rich in-house chefs to suit the Indian palate without compromising on authenticity. 48East recently raised $500,000 in pre-Series A funding from the Al Dhaheri family based in the UAE.

Flixy Game is a Bengaluru-based gaming studio. It was started by Felix Manojh, an IIM Calcutta alumnus, in March 2016. Five out of the six team members earlier worked at Zynga. As a publisher of mobile games, Flixy Games’ predominant focus is the Indian market. Their modus operandi includes partnering with foreign gaming studios to provide Indian versions of the same game, with changes in storyboard and characters, making it friendlier for Indian audiences.

Fyle is an expense management startup and was founded in February last year by Sivaramakrishnan Narayanan and Yashwanth Madhusudan, who were earlier working with big data company Qubole. Fyle has raised $400,000 in seed round of funding led by Pravega Ventures. The round also saw participation from Phanidra Sama, Co-founder, redBus; Richa Kar, Co-founder, Zivame; and Joydeep Sen, Co-founder, Qubole.

The platform essentially provides employees a single point to file expenses. It works as a plugin that automatically extracts and classifies data from bills inside paper receipts and bills. It also creates structured data from emails, documents and PDFs.

KrazyBee looks at giving EMI-based personal loans to students. It is a marketplace that connects borrowers (students or their parents) to the lender. At present, KrazyBee has six other lenders on the platform, with IIFL being the largest. The firm also has an NBFC licence under the entity KrazyBee Services. It operates across four product lines, and makes most of its income from margins on the products sold.

A staff communication platform, Noticeboard was founded by Vishal Gahlaut, Sarath Chandran and Vishal Dahinwal. It facilitates information flow between employees of the company. The team, founded by ex-Myntra employees, raised funding of $1.2 million led by Stellaris Venture Partners. Rajesh Yabaji, Co-founder BlackBuck; and Jayant Kadambi, Co-founder of YuMe; also participated in the round.

While there are several funded startups in Bengaluru with at least one Bengaluru based startup getting funding every week, Bengaluru is also home to a bootstrapped giant like Zerodha, an online brokering firm.

But while Bengaluru continues to surge ahead, in the first half of the year, NCR had a lead over Bengaluru, both in terms of number of funding deals as well as total funding raised. Startups in NCR, which comprises New Delhi, Gurgaon and Noida, raised a total of $3.35 billion in funding across 138 deals. Bengaluru came in second, raising $2.56 billion from 129 deals. In H1 2016, NCR recorded 188 deals, raising $688 million, while Bengaluru raised $780 million from 156 deals.

Keen to know more? TechSparks will shine the spotlight on several more happening Bengaluru startups that may well shape the future of business. Click here to get your tickets.