The best exchange, market access, and award programmes for German and Indian entrepreneurs 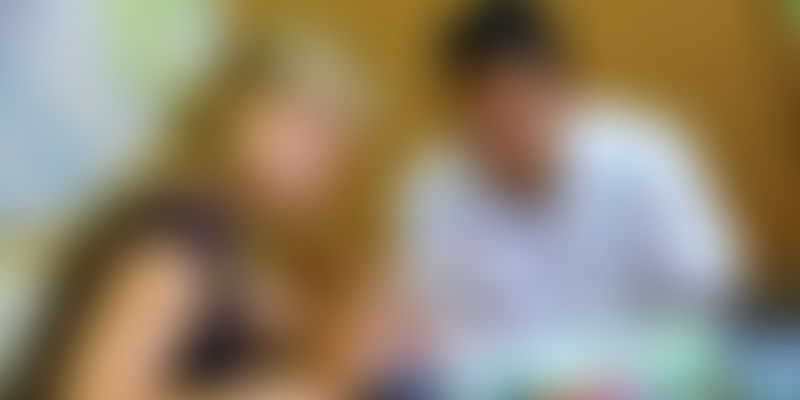 Startup promotion has gained the attention of policy makers in India and Germany. To deepen their startup collaboration many programmes have been put in place in both these countries.

Accelerator programmes with startups from China and the US, bootcamps with entrepreneurs from Romania and Germany – the world has truly become global. And it comes as no surprise that India and Germany during the Government negotiations in May this year agreed to deepen their startup collaboration.

Indeed, startup promotion has gained the attention of policy makers in both countries. Several departments and ministries in India such as the Department of Science and Technology and the Ministry of Micro, Small and Medium Enterprises have developed support programmes for startups.

At the same time in Germany, Berlin is geared to become Europe’s leading startup hub with the possibility to create 100,000 new jobs by 2020. A recent study of KPMG indicated that 80 percent of the surveyed German startups seek to expand internationally.

India is an attractive market for many German startups and so is Germany for India. Today, there are roughly 600 Indo-German joint ventures operating in India. Startup exchange and market access programmes are the need of the hour as local regulations remain one of the biggest hurdles in the internationalisation process of startups.

Having realised this, a number of exciting programmes that Indian and German entrepreneurs can join have emerged in recent years. Some of them are listed here:

Indo-German Startup Bootcamp: Till date, two Indo-German Startup Bootcamps that brought together German and Indian entrepreneurs have been conducted. While the first bootcamp took place in July 2016 catering to startups from the energy sector, the second bootcamp was hosted by IIM Calcutta Innovationpark in March 2017 targeting startups from the mobility and transport sector. Major corporates like Bosch India, SAP and Tata Elxsi are involved in the initiative. The programme is open for five startups from each country. The bootcamps place a special emphasis on facilitating market access for participating startups. Some of the startups that have joined the programme have undertaken some major steps to enter each other’s market. For instance Anderland Systems, a startup developing solar-cooling systems, had recently been in India to understand the feasibility of setting up their system. The next journey to set up a first pilot is already planned for January 2018. The next bootcamp will be announced shortly and will take place in January/February 2018. Information on the next call for application will be published here: https://www.giz.de/en/worldwide/28416.html

StartUp AsiaBerlin: Established by the State of Berlin in cooperation with the Deutsche Gesellschaft für Internationale Zusammenarbeit (GIZ) GmbH, the StartUp AsiaBerlin platform seeks to foster cooperation between the startup hubs - Berlin, Manila, Jakarta and Bangalore. As part of the initiative, Asia-Pacific Weeks are organised once a year in Berlin with side workshops on topics around the collaboration of the different eco-systems. Once a year, the platform also organises a roadshow in all the four participating cities. The roadshow is opened for intermediary organisations as well as startups of all four countries. The next roadshow will be in October 2017. As applications have closed for this year’s roadshow, you can be a part of this initiative next year. Further information can be found at https://startup-asiaberlin.com

Also Read: ‘The innovation focus is shifting from Europe and the US to Asia’

GateWay91: In November 2016, Zone Startup Mumbai announced a soft landing programme for startups seeking to enter the Indian market. Originally designed for Canadian startups, the programme is actually also open to startups from other countries. A dedicated space has been created at Zone Startups which is housed at the Bombay Stock Exchange. Further support offered as part of the programme include access to local industry mentors, B2B matchmaking, corporate connections, investor connects, professional and administrative services for establishing a business in India and many more. For further information on the programme contact the Zone Startup Team: http://india.zonestartups.com

Startupbootcamp: Located in the heart of Berlin, Startupbootcamp Berlin is a global accelerator focusing on smart transportation & energy. The three month progamme is supported by some big international corporates such as Airbus, Cisco, Mercedes-Benz, etc. The top 20 applicants are invited to join the three-day selection programme, out of which 8-12 teams are allowed to join the programme. During the three-month bootcamp, startups are exposed to a network of over 400 mentors, partners and investors to quickly accelerate their business. The programme culminates in a demo day with more than 1000 guests. The icing on the cake: Each team receives 15,000 Euro to cover the living expenses in Berlin. The programme is open for startups around the world. The next application phase will open in November, so watch out for updates here: https://www.startupbootcamp.org/accelerator/smart-transportation-energy/

Startup Energy Transition: The Startup Energy Transition platform has been initiated to create a global community to fight Climate Change. The initiative consists of three pillars: a) an Award honouring the best global startups in the energy space, b) a Tech Festival which gathers startups, international venture capitalists & investors, and partners in the public sector for one day in Berlin and c) a Network linking different experts that strive to promote innovation and global energy transition. Tessol, an Indian company that has developed a plug- and chill system for refrigerated transport of perishables and also a participant of the first Indo-German Startup Bootcamp was one of the six winners in 2017 of the prestigious Startup Energy Transition award. The next call for applications will open in November 2017.