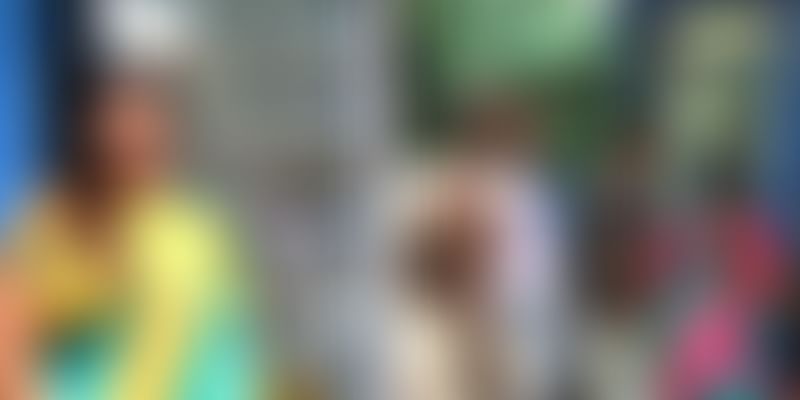 Feeding the hungry can give you a sense of contentment few other deeds can. It is perhaps for this reason that centuries ago, Avvaiyar, the poet of wisdom, insisted on feeding the world's hungry before feeding one's self. Taking a cue from her poem 'Ayyamittu Unn', Dr. Issa Fathima Jasmine's initiative by the same name aims to do just that.

The community fridge opened in Chennai's Besant Nagar a few weeks ago aims to fill as many stomachs as possible. Issa, a 34-year-old orthodontist, started it with the help of The Public Foundation, where she is the managing trustee. Talking about what triggered this act, to The Indian Express, she said,

“We all have some amount of food left over every day at our homes that get wasted. Initially, I used to give it to a lady sitting outside our home. I soon realised there must be others like her who would be benefited by the food. I often wanted to donate to others but shied away from asking, thinking it might embarrass them. Many might be needy, but they would not require food.”

Next to the community fridge, there is also a cupboard where people can leave clothes and other things they no longer have use for, as what is old or tattered for someone could make a huge difference in the life of another.

In the two weeks since it began, Ayyamittu Unn has attracted a minimum of 100 donors and recipients every day. Apart from dropping off leftovers, people are coming forward to cook food so that it can reach the people in need. Issa has also been receiving calls from people across India and abroad wanting to contribute in any way they can. According to The News Minute, she said,

“I have been living here for a while and I see so many people living in poverty, without a roof over their heads and a meal they can afford. So many walk without shoes. I have had this idea of a community fridge for about four months but could only execute it now.”

Thrilled by the response, she plans on opening similar outlets in other parts of Chennai.