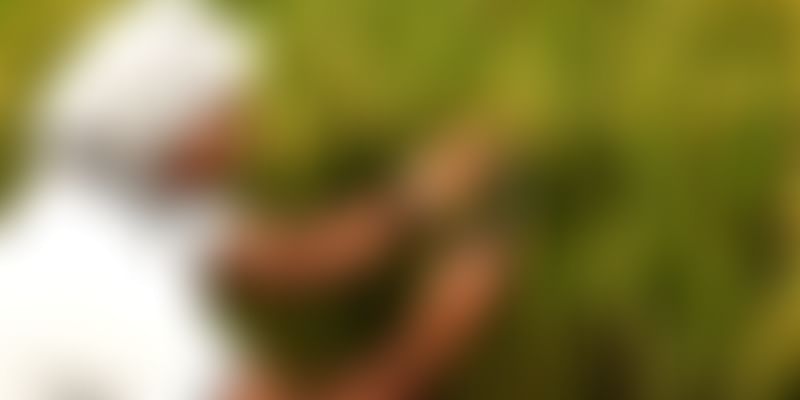 With most farmers thinking it is not their job to be on social media, their voice is rarely heard on Twitter or Facebook and hooligans have taken over the space.

The other day Ram Kumar called me. He is a farmer from Saharanpur and has been calling me time and again for several years now.

I think he was taken a little aback. And when I explained to him that as a reader it was also his duty to share the article with fellow farmers, which is the only way to build up public opinion, he wasn’t still convinced. I tried to tell him that in a democracy what matters most is public opinion and because the majority keeps quiet or refuses to be drawn into a public debate, the good cause is invariably lost.

I had to tell him that just because the mainline media is not in your hand; it does not mean you cannot play a role in creating wider awareness about what you feel strongly about. Don’t always blame the media, saying it is owned by big businesses and so they don’t publish news about farmers or about agriculture.

Most people try to cover up their failure by shifting the blame to mainstream media. Perhaps because that is the simplest way to escape responsibility, to ensure that the fault lies elsewhere and not with them.

Actually, the fault lies with us.

He replied in the affirmative. I asked him whether he had WhatsApp on his phone. When I asked whether he had ever used WhatsApp for sharing the article or any news relating to crop damage or about his farmers, he replied: “Hum to saab photo hi bhejtain hain.”

That’s the problem, I said.

The reason why the voice of the common man is not heard at all is because the common man or the farmer does not know how to use social media to communicate. If he knows, he still prefers not to use it. It is easier to blame others than to look inwards and see where you have been at fault.

The tragedy is that with changing times, majority of the population has not been able to keep pace.

To explain, I told Ram Kumar that people need to follow the example set by the Prime Minister. Even Prime Minister Narendra Modi realises the importance as well as the power of social media. With the entire media and official machinery always talking and promoting every decision he takes, each and every activity of his is keenly followed by the media. The Prime Minister uses social media very effectively. There is hardly a day when he does not send at least 7 to 10 tweets; he also uses several applications to reach out to people.

“If the Prime Minister can do it, the question that needs to be asked is why you feel so ashamed in using social media,” I asked Ram Kumar.

In fact, the Prime Minister has gone a step ahead. Addressing the BJP leadership recently, he advised them to become active on social media, to use it to disseminate programmes and activities of the government. But the tragedy is that while the Prime Minister realises the importance of social media, including Twitter, Facebook and Instagram, to spread the message, to reach out to people; the average person on the street is still unwilling to use the same technological tool to reach out to the powers-that-be or to at least convey what he wants to convey. If the aam aadmi starts using social media effectively I am sure the dominant narrative in the country will change.

Everywhere I go I am told that the media is indifferent to the needs of the farmers. Most people I met have accused the media of siding with big business. But when I counter by saying that why don’t you become your own media, I encounter a deafening silence. The reason why so many people hurl abuses or threats on social media is simply because the majority prefers to keep quiet. This is what I call the conspiracy of silence. Just because we keep quiet, we refuse to raise our voice where it is required, those who are loud on the social media get heard. Their number is far less but just because the majority keeps quiet, they get away with screaming, abusing and threatening.

Every time I write a tweet saying that so many farmers have committed suicide today, I face a troll. Abusive trolls ask why I write about farmers dying, they should in any case die. They are a burden on the society. They drink, don’t work. Farmers are dying because they are lethargic. This opinion proliferates simply because farmers do not use social media, choose to keep quiet, and their voice is rarely heard on Twitter or Facebook. Because farmers think it is not their job to be on social media, hooligans have taken over that space.

Now, don’t tell me “hamme to English main aata nahin hain likhna”. You can write in Hindi, or Punjabi or whatever is your mother tongue, but please get on to social media and raise your voice. Come on, tell youngsters in your family to tweet or use Facebook. Ask them to send out tweets and spend at least half an hour every day to know what is trending on social media. If nothing else, at least, get inspired by the Prime Minister. Start by tweeting every morning, and believe me the Sarkar will listen.

This article, authored by Devinder Sharma, was first published on Ground Reality.