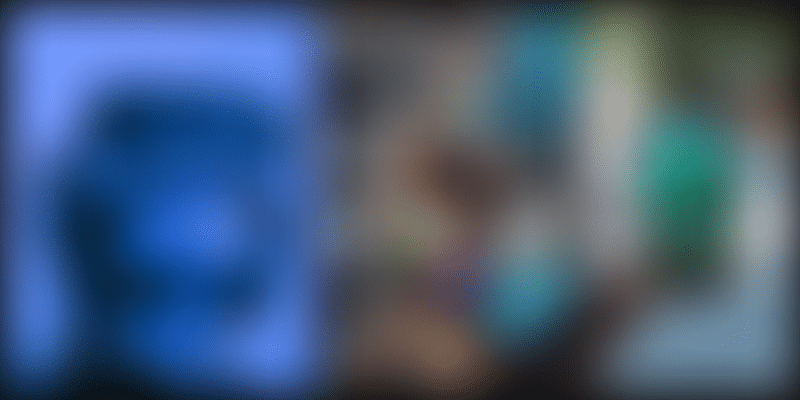 A little while ago, VR was the buzzword. You might have heard a lot about VR headsets and VR games, even VR analytics. Even in India, we noticed companies like Samsung setting up booths in malls to provide a VR experience, even giving free VR headsets with some of the phones or at developer events.

But this year something changed. Facebook, Apple and Google all started introducing frameworks/SDKs to build better AR applications.

What is Augmented Reality(AR)?

Augmented Reality is the integration of the physical world with digital information. For example, Pokemon Go is an AR application where the game shows objects in the real world when viewed through a phone. AR provides an immersive experience for the user without the need of any additional hardware. However, AR still relies on camera sensors, and the device’s processors perform motion/scene detection.

In F8 2017, Facebook announced that it is a camera company. To be more specific, they meant they would now focus on the usage and utilities of the camera and Augmented Reality to provide better experiences. Facebook calls this the Camera Effects Platform. The Camera Effects Platform helps create effects for both image and video which can be used in Facebook or the Messenger app.

The beta version of the AR Studio is currently accepting applications. In case you are really interested, click here.

At WWDC 2017 Apple announced ARKit, a framework which allows developers to easily create awesome augmented reality experiences. Soon after the announcement, Twitter was flooded with videos of ARKit experiments. Some of them were really brilliant and well thought-out.

🏎 Car Checking made with #ARKit by @ramotion via @_3DUp_

IKEA #ARKit demo would have been better with a FARTYG instead of a STRANDMON pic.twitter.com/38A2vTKkbI

While these examples do not completely showcase the future-use cases of AR, they do say a lot about how easy it is to build such immersive experiences with the ARKit.

Google ARCore is a platform for building augmented reality apps for both iOS and Android. ARCore is currently supported on a handful of devices, including:

But Google did mention it would be available on more than 100 million existing devices and the upcoming new ones soon.

This is not Google's first attempt at AR. In 2014, Google announced Project Tango; however, the much-touted project required additional hardware, which also made it much more powerful. Sometime in 2017 Google announced the launch of Project Tango-capable devices. Google has always been ahead in multiple arenas when compared to Facebook, Amazon, Apple, etc., but the company’s products/devices have never completely addressed the empathy aspects of users.

Both Apple and Google will not be able to provide AR experiences on all the devices they have shipped till date, since the technology relies on new-gen processors and camera sensors.

While both Apple and Google are tied up with their mobile distribution when it comes to the AR, Facebook is platform-independent. With more than 2 billion users, Facebook does have a clear advantage.

The applications of AR are endless – think of personalised tour guides or interactive educational content. While VR did not take off as expected, AR might just work out, if executed well. VR applications needed additional hardware, a requirement AR can replace. Ultimately, AR vs VR is more like making the set-top box smarter rather than buying a Smart TV.

The major concern with running graphics-intensive processes, such as AR, on mobile devices will always be battery consumption. You cannot expect people to just take their phones out of their pocket to start using the camera and forget about the battery until and unless you have created something as engaging and viral as Pokemon Go.

Unlike VR, AR does not need additional hardware, which solves the problem of reach. As smartphone hardware gets better, so does the capability to provide better AR experiences. The current VR devices need to completely cover your eyes and ears to provide an immersive experience. They are not that easy to carry or tuck away, while your phone literally lives with you throughout the day, being neatly tucked away in your pocket or bag.

AR applications are much more realistic, and can be materialised sooner when compared to VR. They can be tested out and improved as well, since most of the high-end phones are capable of handling what any AR application can throw at it.

If you are a developer trying out AR experiments, tweet a video of your AR experience to @YourStoryCo with the hashtag ARExperiments to let us know about your work and what you think about this new technological frontier.