How Sportoid is seeking to revolutionise sports management in India 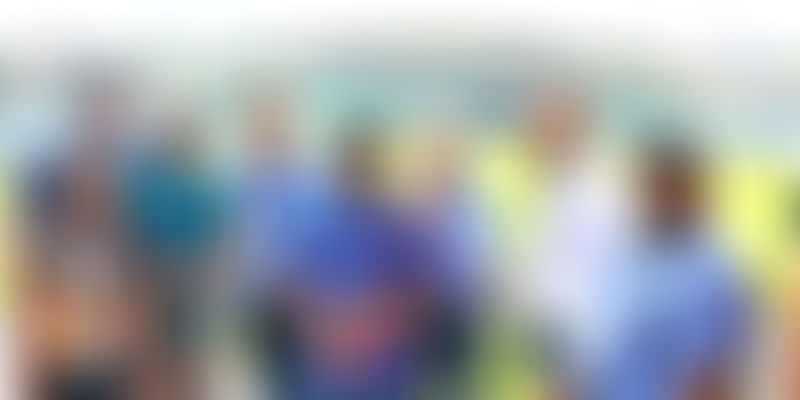 India remains a cricket-crazed nation, but other sports such as badminton, wrestling, boxing, tennis, football, kabbadi and golf too have begun to woo sports fans in a big way. They owe their growing popularity to stellar performances by Indians at the international level as well as to the proliferation of various leagues in the country thanks to corporate participation. Suddenly, sports is becoming big business with big money and giving rise to a whole new ecosystem.

The import of the changes and the opportunities they spawned wasn’t lost on Nitin Khanna and Harish Krishnamachar who had a ringside view of the developments while working with World Sport Group, a global sports management company, for more than a decade.

The duo founded Sportoid in January 2016 as a platform that seeks to bring a holistic approach to sports management by offering clients not just consulting and delivery but also helping them overcome core marketing issues by devising right-fit solutions.

Though Sportoid works extensively for professional representation of India’s most popular sport, cricket, it also holds expertise in other sports including football, kabaddi and golf.

The company aims to add value to clients through associations with national and international events like the ICC World Cup, ICC Champions Trophy and the ICC T20 World Cup, BCCI properties like Test and One-day series and the hugely popular Indian Premier League, as well as FA-Premier league, AIFF I-League, Indian Super League and Star Sports-Pro Kabaddi League, among others.

Sportoid has helped many popular brands including MRF, Gionee, Astral Adhesives, Duroflex Mattresses establish a strong presence and reach large number of consumers. It recently represented MRF Tyres at the ICC Champions Trophy and the ICC Women's World Cup in the UK.

Currently, the startup is bootstrapped and has no plans to raise funds for now. Sportoid is eyeing to establish a pan-India presence and expand its client base to more than 50 in the next three years.

“In future, our mantra is to expand-consolidate-expand,” says Nitin.

The Gurugram-headquartered startup is backed by an eight-member team, and plans to expand its presence to Mumbai in 2018.

“What sets Sportoid apart is our in depth understanding of the sports industry and our relationships across broadcasters, athletes, teams, agencies and sporting associations,” says Harish.

Having worked together for more than a decade, the duo felt that starting out in the same industry was a logical step because of their expertise and complementary skills.

As Nitin says, the idea behind starting out was to bring professionalism to sports representation. “While the industry had many players who operated at one end of the spectrum – consulting or delivery – there were few who offered a holistic approach and Sportoid is one of them.”

“The challenge was to be able to execute the ideas and recommendations we made to clients. We needed to co-opt the image and rights holders into the ideation process to ensure we were able to deliver,” says Harish, Co-Founder of Sportoid Solutions.

Opportunities for startups in the sports industry

Sports as an industry is yet to evolve fully in India. As per a joint report by KPMG and CII on the Indian sports sector, while the global sports industry is estimated to be worth around $620 billion, in India sports is yet to be recognised as a sector and there is no comprehensive study on the industry’s estimated size.

However, experts feel that the scenario has started to change in the last couple of years and the Indian ecosystem is witnessing significant traction in the diverse categories including professional training academies, event management, social engagement for amateur sportspersons, content generation and retail and e-commerce.

Globally, sports agency is a billion dollar business and as per a 2015 Forbes report, the most valuable sports agencies have negotiated a collective $37.6 billion in current professional athlete contracts, netting themselves more than $1.85 billion in commissions. And, the impact is being felt on the Indian ecosystem as well. Advertising firm Dentsu recently launched a celebrity endorsement and sports marketing agency CLab in Mumbai this month. IMG Reliance (a joint venture between IMG Worldwide and Reliance Industries) is a big player in the space. Various small players like Baseline Ventures, Cornerstone, Athletes Today are also fighting it out to make sports management more structured in India.