With its indigenous universe, Jabalpur-based TBS Planet wants to be India’s Marvel 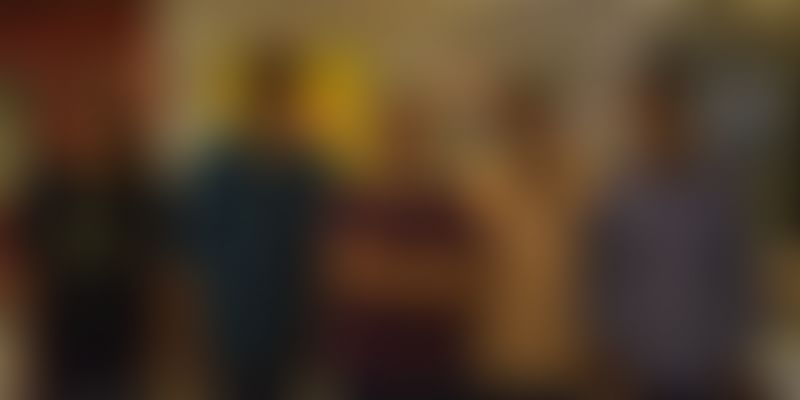 Comic book startup claims to sell over 5,000 copies every month. With an android and iOS app, TBS Planet’s future plans include animation, games and a web series.

Phantom moves faster than the eye can see (old jungle saying). Phantom rough on roughnecks (old jungle saying)… Anyone familiar with Lee Falk’s works would know that no Phantom comic is complete without this phrase. Most of us grew up on a steady diet of Phantom, Batman and Spiderman comics, along with the home-grown Indrajal comics and Chacha Chaudhary. So did Rajeev Tamhankar.

It was his love for comics that led the 28-year-old to start TBS Planet, a publisher of comics and graphic novels.

TBS Planet creates content in genres such as comedy, action superheroes, and mythologies. The team has also officially partnered with Bollywood movies, including Shivaay and A Flying Jatt.

“We launch one new comic every month (similar to Tinkle). We have recently also launched our Android App, TBS Planet Comics,” Rajeev says.

Recreating the magic of childhood

Rajeev wanted to recreate the magic of the comics he grew up reading. His father, a big fan of comics, believed children could develop reading habits through them and would buy several comics for Rajeev.

“I fell in love with doodles, illustrations and cartoons at a very early age. I was hardly 10 years old when I developed the habit of tearing off middle pages of a school notebook and creating my own comics. I always aspired to be an author and create actual comics,” Rajeev explains.

But at school, his love for mathematics and science took over. He completed a course in polymer engineering at IIT Roorkee and joined Flipkart.

At Flipkart, he started a Facebook page, Get Corporated. When it became popular, he thought of writing a novel and Get Corporated before you get Fired! was released in 2014. Over 10,000 copies were sold, and Rajeev soon started getting mails asking him to write in a fun graphic novel format.

By then, he had moved to Xiaomi and had started working on two different storylines.

One, titled Varun, was set in the submerged city of Dwarka in the post-Mahabharata era and the other, titled Ved, trailed an illusionist detective who uses science and his knowledge of history and geography to solve cases.

But the idea of TBS Planet was born when Rajeev went to his hometown, Jabalpur during the New Year holidays.

His mother and he decided to clean out their old attic. During this chore, they discovered several hundred mini-comics that Rajeev had written when he was 10.

“It felt like divine intervention. My mother too was supportive. And I soon began the hunt for designers. I approached almost every one of my friends who could draw. I eventually met my childhood friend, Tanushree, who had set up a design studio with her husband Deb, and they agreed to do the Ved comic for us,” Rajeev recalls.

The comic book was launched in July last year on Amazon. Rajeev says within 15 days it was a number one bestseller in the comic book category on Amazon.

Realising that he was on to something, he quit his job at Xiaomi, and started TBS Planet.

Rajeev says their paperback comics are currently being distributed at about 150 railway stations, 120 bookstores, and all Comic Con events. The digital comics are distributed by Reliance on its Jio Chat Mobile App with over two-and-half crore downloads.

However, Rajeev soon realised that setting up a comic book business wasn’t an easy task. He says one needs to get the right stories, sketches, inking, colours, printing and focus strongly on sales, marketing, distribution, logistics, finance and operations.

Finding people interested in the business and willing to put in the time and effort was difficult.

In the world where Marvel and DC had all the budgets and resources, Rajeev needed the right team to create a dent. He needed hustlers and people who could push through and get the distribution and marketing done.

“I needed people who could cold call and do the dirty job of setting things up from scratch,” Rajeev says.

The TBS Planet team also works with numerous artists on a freelance basis.

“Our first employee – Nagamaniji – is the soul behind TBS. She manages our logistics from Bangalore. She is the one who packs and ships every single order that comes from e-commerce websites. She also manages our customer support queries,” Rajeev says.

Numbers and the market

The team claims to sell over 5,000 copies a month and is close to break-even. They sell through bookstores directly through distributors and e-commerce by setting up their own canopy shops. The team now claims to have partnerships with close to 120 offline stores.

TBS Planet comics are priced between Rs 59 and Rs 159.

Initially bootstrapped, Rajeev says that they were burning about Rs 50,000 per month towards designing, team costs and printing despite having decent sales. However, the opportunity looked promising and they figured out that selling 5,000 comics of one title was typically required for its break-even.

“We were much lesser than that number but inching closely towards it. Finally, we raised an angel fund of undisclosed amount from 10 angel investors,” Rajeev says.

The world of Indian comics is fast growing. There are established players like Graphic India, which works with mythology as a theme. Old players like Amar Chitra Katha and Tinkle are also in strong circulation.

Karan Vir Arora, Founder, Vimanika Comics, in an IANS report said the Indian comic book industry is growing at a stable rate. Currently a Rs 50-100 crore market, it is slated to touch Rs 1,000 crore within the next few years. However, the industry is yet to evolve in terms of merchandising and growth.

Speaking of future plans, Rajeev says: “We aim to be India's Marvel. We have started with comic books but would want to eventually venture into animation, games, movies, web series and even a theme park. For this year, however, the focus is on the Indian comics market. We want our flagship characters - Ved, Varun and Karma - to become household names. Next year, we will target international launches and then maybe venture into other content formats.”