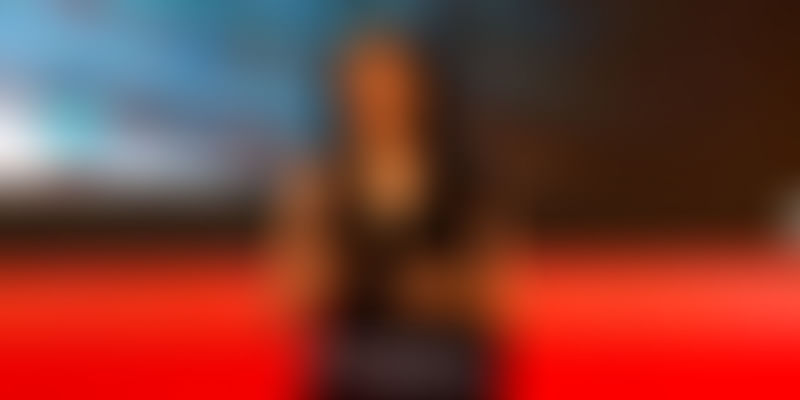 “I’m a woman of grit, I will not give up,” says Rai, who has trudged through several downfalls, criticisms and failures to emerge as an innovative top leader in the IT industry.

Nivruti Rai, General Manager, Intel India and VP, Data Center Group, Intel Corp, graced the TechSparks stage this year to share her own inspiring experiences in terms of creating a culture that is driven by innovation. However, before she got into the subject at hand, she offered some insightful advice about what a period of innovation brings about- taking risks and lots of failures.

Speaking at YourStory’s two-day flagship annual tech event on Friday, September 22, Rai explained that innovation, according to her, simply means the process of people creating value through the implementation of new ideas. To this end, innovation can be broadly sub-branched into ideating, execution and marketing. During ideation, you have to be willing to be fearless and take risks. In terms of executing, she said it is important to find a group of people who believe in your vision and help you achieve it. And, finally, during marketing, it’s important to adopt a business acumen and develop a marketing strategy because, in the end, innovation has to create value.

As per a recent report published by Forbes, India is one of the top three global countries to boast of founding the largest number of startups. However, as Rai iterated, nearly 90 percent of these startups fail due to lack of innovation. Contrary to popular belief, mere creativity isn’t innovation and a series of disconnected ideas doesn’t determine innovation either.

Citing her own experience, Rai spoke about how an unfortunate incident in her personal life compelled her to come up with a game-changing idea, one which turned the tides in her favour in terms of her company. This referred to the possibility of creating software that would help determine body temperature, through the means of a smartphone. While the rest of the world shook their head at her proposal and told her she was heading towards making a ‘career limited move’, her boss at Intel believed in her passion and motivation and agreed to fund her the sufficient amount she needed to start off.

Being a woman probing into a space that is largely male-dominated got her her fair share of censure, contempt, and sexism. Obstacles in the form of people, policy and even payment reared its collective head, but Rai was determined to never let any matter deter her journey to her end-goal.

“I had to cut through layers to the bureaucracy to make my way through. I have scars still on my soul, but every single failure taught me to create an inspiration, motivation and learning out of that,” she said.

According to her, the path to innovative leadership can be distinguished into three ways:

To create value and to innovate, you have to sell your product, so it has value enough that people will want to spend money on it.

What it all comes down to, Rai concluded, is to have an end goal that is exciting, and face up to whatever life has to throw at you, in order to get there. In a way, your end goal has to be like the light at the end of the tunnel for you.

“If you dream, dream big, create a value, and believe in yourself. You can, because boldness has magic, has genius and has power,” she said on a finishing note.