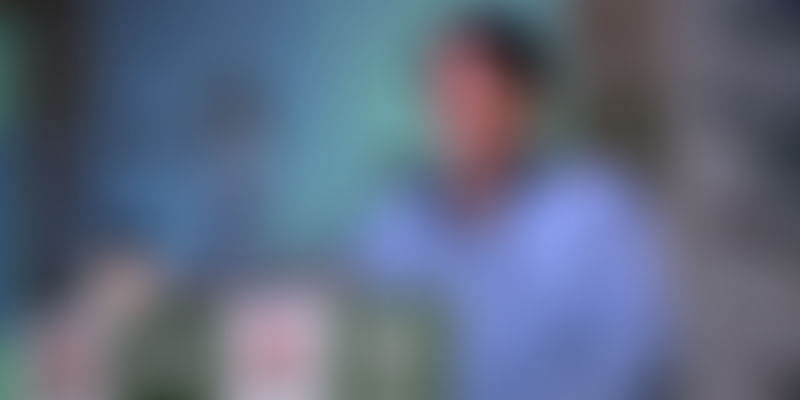 In the major cabinet reshuffle orchestrated by PM Narendra Modi, Suresh Prabhu — who, as railway minister, had taken responsibility for the series of train accidents and offered to step down — was entrusted with the Ministry of Commerce and Industry. In the Facebook live he held earlier today following the appointment, the new commerce minister said that PM Modi wants him to make sure the new startup wave gathers steam, and that entrepreneurs daring to think differently have “the power of the state behind them.”

Taking to Facebook on September 4 to formally announce his appointment as Union Minister for Commerce and Industry, he outlined his agenda early on through a series of hashtags, namely - “#EmploymentGeneration,” “#FDI,” “#StartUpIndia,” “#MakeInIndia,” “#EaseOfDoingBusiness,” and “#Logistics.”

In the Facebook live that followed on his official page today, he further quantified his mission of promoting the Startup India Stand Up India campaign started under the Modi government. “I joined this ministry two days ago, and the PM has asked me to look at the entire ecosystem and promote startups in a big way,” he said.

Conveying his best wishes to all the entrepreneurs whether they choose to start early or later in life, he said, “The proverbial saying goes – every day is a new day. No day is the wrong time to start up.”

The commerce minister opined that entrepreneurs are, in fact, change agents. “Change is opportunity. Change caused by others provides opportunity to you. Change tinkered by you will offer opportunity to others. This makes you a change agent in society. You will bring about economic change,” he said, adding that most of the leading companies in the world are not the centenarians, but ambitious companies that were started very recently, which should give one the confidence to start up today, for they can become the world leaders of tomorrow.

Stating that while historically, the role of government has stereotypically been — not by design, but by default — to create obstacles in the path of entrepreneurs, he says that the current government’s aim is to not only remove obstacles, but also promote startups, with the “power of the state behind (them).”

“Earlier you were facing headwinds, now, you will get tailwinds. The future is bright, for those willing to take risks, think differently, and take part in the economic activity. For me, you are part of my community, part of my family. I can assure you that I will do my best to ensure that the startup community succeeds, excels and shines,” he said, signing off.

The government is initiating various schemes to back their intentions of perpetuating the startup wave — setting aside a corpus of Rs 10,000 crore for startups, giving guarantees to the tune of Rs 2000 crore, creating a hub where all ecosystem-related questions can be addressed, a full-fledged office, and lastly, a mechanism to communicate with startups online on a real-time basis.