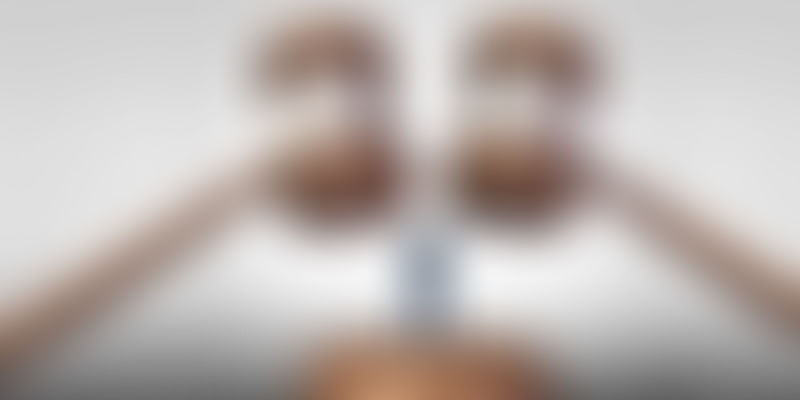 When facing a dispute, do you want to go up the conflict ladder or can you engage in a process that will support you and the opposite party to rationally address the situation at hand?

Disputes can be managed in different ways — some have the propensity to leave parties in win/win situations with relationships intact and opportunities created while others carry a heavy toll on the parties and make for messy, difficult situations. Before we seek to understand the reasons for such different eventualities, it would be worthwhile to understand certain essential features of dispute.

Let’s begin our discussion with a brief and quick look at the sequence of events of the well-known Stayzilla-Jigsaw dispute:

The above (extremely brief) sequence of events depicts the inherent escalating nature of conflict. Conflict is an inevitable by-product of human relationships and cannot be avoided. How we manage it, however, is very much within our control. Some conflicts are nipped in the bud and effectively managed while some escalate beyond our control. To help understand why conflicts can take very different paths, it is important to understand the anatomy of conflict.

Why do conflicts escalate?

In case of disagreement, we are high on negative stress. The Reptilian System is activated compromising the effective functioning of the Neocortex or the part of the brain that controls rational thinking. Effective dispute resolution mechanisms, therefore, must focus on calming the Reptilian and Limbic Brain and activating the Rational Brain. We, humans, are emotional animals and as rightly expressed by John Steinbeck, “All war is a symptom of man’s failure as a thinking animal.”

Once we are in conflict mode, it is important to understand that we have an inherent capacity to escalate conflict. Friedrich Glasl, an Austrian conflict researcher, captured the escalating trend of conflict in the ‘Glasl’s nine-stages model of conflict escalation’. The stages are explained as follows:

Stage 1: Tension-At this stage, there is a difference of opinion resulting in disagreement. It’s just the start of the conflict and the parties are still open to talking about the disagreements to understand each other’s viewpoint.

Stage 2: Debates and polemics-Both sides are trying to justify their respective stand to the other and try to make the other accept it. When one side is not ready to listen to the other, the parties get into a verbal confrontation with each other.

Stage 3: Action instead of words-The parties can’t talk anymore. They decide to take strategic and unilateral actions so as to force the counterpart to yield to their terms. The parties are competitors now. This is usually the stage where most startups approach a lawyer if they are able to access one.

Stage 4: Images and coalitions-The parties don’t care about the actual issue and they begin to attribute negative stereotypes to each other. They are concerned about their reputations and winning. They start to form coalition groups for themselves, in support of their respective stances.

Stage 5: Loss of face-The originally biased view of the other side acquires a more sinister hue. The whole conflict history is reinterpreted; wherein even the earlier “constructive” move of the other side is seen as part of a larger deviant strategy.

Stage 6: Strategies of threats-The threats become strategic in an attempt to manoeuvre the other side into behaving as one party wants. The basic sense of security between the parties is undermined. Parties expect each other to act out their respective threats, and usually do so to render value to the threats. Issuing legal notices, with the promise of taking the matter to litigation, is one such example.

Stage 7: Limited destruction-The other side no longer possesses human qualities; hence, rules of human dignity do not apply while fighting. The motto is to damage the vital systems of the counterparty, and during that course, the party is ready to face limited losses to oneself as long as the other loses more.

Stage 8: Total annihilation-The aim at this stage is to destroy the counterparty and its support group by all means possible, so as to ensure that their decision-making capacity is compromised.

Stage 9: Together into the abyss-The drive to annihilate is stronger than the self-preservation instincts. The only remaining concern is to ensure that the other side is destroyed, irrespective of whether one survives.

When parties reach the Stage 3 of the conflict, they typically have reached their limit of self-help and they approach the third party for intervention. Dispute resolution process that we typically engage with, i.e. lawyers and courts, are trained in the adversarial method of dispute resolution which by its very nature drives conflicts up Glasl’s conflict escalation ladder. Pitching parties as adversaries where one wins and the other loses kicks the reptilian brain into full action and drives parties up into the ‘Conflict Trap’.

However, instead of going up the adversarial route, if parties were directed towards collaborative dispute resolution processes like mediation, they have a higher chance of being pulled out of the conflict escalation ladder. Mediation is a process that involves a third-party neutral who creates a conducive environment for the disputing parties to communicate with each other, express their underlying needs and interests, and through a facilitated negotiation process, reach mutually agreeable solutions.

The mediation process addresses the neurobiological response of the human being in conflict and first works on calming the limbic/reptilian brain before engaging the rational thinking neocortex/prefrontal cortex. Using effective communication techniques that include active and empathic listening, reflecting and reframing, redirecting and summarising, the mediator is able to create an environment that allows parties to address the subjective and objective aspects of the dispute in a secure and trusting environment before entering the space of constructive negotiation. Therefore, negotiations that take place in mediation are effective and efficient resulting in 80 percent of commercial disputes that go through the mediation process to settle, with 70 percent of them getting settled on day one.

Stepping out of the conflict trap with mediation

When facing a dispute, if you feel like your ability to effectively negotiate is compromised, it is pertinent to visit Glasl’s escalation ladder. Ideally, employ collaborative dispute resolution techniques like mediation at Stage 3 – when parties have reached their limit of self-help and need the intervention of a third party. That third party could be a mentor, a lawyer, and/or a mediator. Keep a close eye on whether the dispute is rising up the escalation ladder and if it is, give yourselves the benefit of the mediation process. Mediation can be used at any stage of the conflict – disputes that have been pending in court for 15 years have been settled effectively through mediation as have disputes that just started brewing and did not even enter the realm of a lawyer’s office.

Mediation can be effectively used to settle any civil dispute. However, disputes that require the continued working relationship between the parties, are high on emotion, entail differing perspectives of facts or deal with confidential subject matter, particularly benefit from mediation.

With this perspective on conflict, pause and ponder when you are next in conflict – if mediation the appropriate forum and when is the right time to approach the process. Do you really want to go up the conflict ladder or can you engage in a process that will support you and the opposite party to rationally address the dispute at hand? Parties today, increasingly, have a choice to mindfully approach conflict and dispute resolution – exercise that choice!

The hallmark of a civilised society is our ability to approach conflict rationally and mindfully. To quote Charles Darwin, “In the long history of humankind those who learned to collaborate and improvise most effectively have prevailed.”