At 45, Dr Amandeep Kaur’s passion for healthcare took her back to college 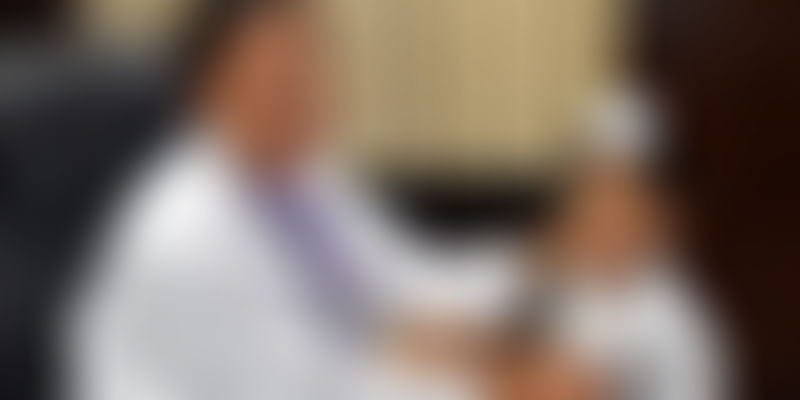 Started in 1990 as a three-bed hospital, Dr Amandeep Kaur’s Amandeep Hospital and Clinics have grown into a chain of 200 beds across various multispecialty facilities.

To return to college, walk among twenty-somethings, burn the midnight oil studying a completely alien subject and helm a burgeoning business empire – all this at 45 years of age – is a testament to the raw, compelling passion Dr Amandeep Kaur harbours for healthcare.

After finishing her schooling in Amritsar, Dr Amandeep Kaur, now 56, pursued her MBBS and then her post-graduation in paediatrics from Government Medical College, Amritsar.

“I always wanted to be a doctor. My brother inspired me. I wanted to be just like him, he was a doctor you see,” she recounts.

However, her mother's plan for her couldn't have been more at odds with what was best for her. “My mother didn’t want me to become a doctor. She didn’t think this was a profession for women, she felt it was too challenging and I wouldn’t be able to take care of my family. You can’t blame her; this was how everyone thought back then,” she says.

But, Amandeep fought this tooth and nail and found an unlikely ally along the way – her father.

“He encouraged me to pursue medical science. I challenged social norms and was able to achieve my dream finally,” she says.

Even when she was in college, there were very few women in the classroom – 30, to be precise, in a batch of 150. Even fewer stayed on the wagon to pursue post-graduate degrees – an essential, these days, in the field of medicine.

“It was a challenging profession that asked for complete dedication and the social fabric of our patriarchal society didn’t allow it then. I did face a lot of discrimination, especially during my student years, where more faith was put in male doctors,” she recalls.

By the time Amandeep completed her MD in paediatrics, she had met and married Avtar Singh, a fellow doctor. He encouraged her to start her own practice at once. And in 1990, Amandeep Hospital was established.

At the onset, the hospital offered paediatric services and had only three beds. At this stage, the biggest challenge was to bring patients in.

“There were times when I would have to sit in the chamber and wait for hours before a patient would come in. Though my husband had a very good job and was working as a government doctor, it still created a little strain in terms of finances and investments,” she reminisces.

They found their feet soon, and as word got out, she had a “problem” most 'doctorpreneurs' would kill for –a deluge of patients in her tiny facility. So, in 1995, they expanded the hospital to a 30-bed facility.

Her in-laws played a key role in this success story.

“I was a young, barely experienced girl who had a lot to learn in managing the hospital. The contribution and support of my in-laws are evident from the fact that even though they gave us the financial support, they chose to name the hospital after me, their daughter-in-law. It was a very progressive move,” she says.

Expanding the professional and personal empire

Even as the hospital added beds, infrastructure and offerings rapidly, the one addition to her life that proved to be the most special and challenging was her son.

“The challenge of balancing a growing career while raising my son in a healthy, loving environment was a tough one. I wanted to spend as much time as possible with my son, but the hospital was at a critical juncture then and demanded my attention too. It was physically, mentally and emotionally exhausting for me. By this time, I had brought together a core team whose visions aligned with my vision for the hospital. I believe this is one challenge that every woman confronts at some point in her life. With the support of family and colleagues, we learn to manage both these aspects expertly; it just takes a little time,” she says.

The next milestone came in 1996, when her husband joined Amandeep Hospital and the orthopaedics specialty was added to the hospital’s portfolio.

At this point, the number of patients nearly doubled.

“While we were struggling with space issues, we still did not have the financial range to expand the facility further and continued for more than four years. Once again, my in-laws came to the rescue and helped us out by investing further. They helped us start a second facility that took the total capacity to 50 beds,” she says.

In this manner, and in phases, the facility expanded to 100, 120, 180 and eventually stands at 200 beds today, across their multi-speciality hospital in Pathankot and OPD clinics in Jammu, Ferozpur and Bhatinda.

With additional specialities, the biggest challenges were looking after finances and the administration. The establishment was owned by two doctors, who had their hands full with their medical practice. They soon realised that their hospital had two equally important functions - and that the top notch healthcare they provided may form the crux, but without sound administration, and a shrewd administrator, everything they had worked for could amount to nothing.

“By the end of 2004, we realised we had little idea about our financial situation, inventories were getting mismanaged, and the whole business aspect of the establishment was being ignored. As doctors, we were both really passionate about our respective professions, but one of us had to be engaged with the management and administrative aspect of the hospital. In 2006, I took one of the toughest decisions of my life and left my career as a paediatrician to concentrate on managing the hospital,” Amandeep says.

However, she soon realised that her medical education would not help her manage a hospital. Determined to do things right she decided to go back to college and pursue a course in healthcare management from IGNOU while juggling responsibilities at the hospital.

This often meant waking up at 2 am to study for her exams! It is impressive when you realise she did it at the age of 45 years.

Many firsts to its credit

On completing her course, the first step she took as an administrator was to rekindle an old flame – teaching. Amandeep spearheaded the introduction of their post-graduation degree in orthopaedics, plastic surgery and anaesthesia. Their model currently comprises healthcare and teaching. The institute is registered with National Board of Education for teaching DNB students orthopaedics and plastic surgery. The hospital is also accredited with SAFE I and NABH quality standards.

Apart from their work in the medical field, they also set in motion a number of community service projects, like health camps, awareness drives, and a long-standing first-aid awareness campaign where reach out to school/college students and police personnel and train them in basic first aid, through audio-visual presentations and hands-on experience.

Amid all this, the one cause that she has championed consistently is standing her ground not just as a professional, but also an accomplished woman leader.

Amandeep believes it’s important to stand up for yourself and for your rights. “If at any point you feel that your dignity or professional goals are hindered just because you’re a woman, you must take a stand and take bold steps to rectify the situation,” Amandeep says, in conclusion.