Cauvery row: when source is the cause 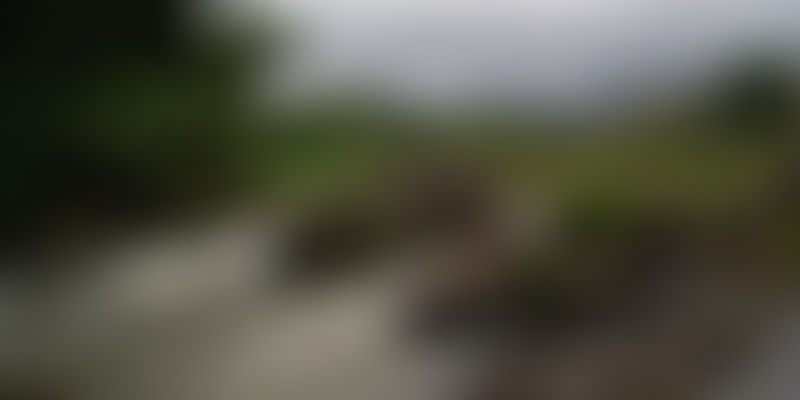 Karnataka and Tamil Nadu are sparring over the dwindling Cauvery water. Kodagu, where the Cauvery begins its journey, is witnessing landscape changes, which is impacting the water inflow to the river.

Even as Karnataka and Tamil Nadu fight over their rights on Cauvery water, not much thought has gone into the place where the river originates. Kodagu district, earlier known as Coorg, lies on the eastern slope of Western Ghats, a biological hotspot which is home to the Cauvery and is also the primary catchment area of the river.

Kodagu is also known for being one of the most diverse coffee production systems in the world, as coffee grows under the shade of native trees, instead of the open sky. These coffee plantations and the native trees add to the rich biodiversity of Kodagu already rich with government-controlled reserve forests and the sacred groves linked to religious customs of the locals.

But the landscape is now changing and so is the weather.

The three taluks, Madikeri, Somwarpet and Virajpet, of Kodagu are receiving low rainfall for the second consecutive year with deficits of 21-39 percent till September 16, 2016. This has led to lower inflow into Cauvery and a 36-percent deficit in the Krishna Raja Sagara dam reservoir in the Mandya district.

The length of the rainy season has decreased by 14 days over the past 35 years. It also noticed a strong fluctuation in the annual rainfall every 12-14 years. Besides lesser rainfall, the changing landscape of the region is also affecting the river ecology.

Kodagu is known for its pleasant weather and beautiful landscape. The increasing tourist inflow and the prospect of holiday homes for the well-heeled have led to large-scale conversion of farms and coffee estates into resorts, hotels and villas. “Around 2,800 acres of land in Kodagu has been converted for commercial purposes in the last 10 years and several more applications are pending. This has led to the concretisation of land, which used to absorb rainwater and recharge groundwater table earlier,” says Col. C.P. Muthanna (retd), President of Coorg Wildlife Society, which has been working towards environment conservation in the area.

The heightened construction activity has also led to increased illegal sand mining from Cauvery and its tributaries, including Lakshman Theertha and Hemavathi in Kodagu. “Illegal extraction has led to the change in the course of rivers and, as we know, sand holds water, which not only recharges groundwater but also help maintain the surface flow in lean season,” says Devika Devaiah of Save River Cauvery Foundation, a volunteer group creating awareness on the issues concerning the river.

Besides the resorts and villas, government projects like a power line to Kerala, which required over 50,000 trees to be felled last year are threatening to change the way Kodagu looked and felt. “The power line went through, despite protests by locals and suggestions of alternatives to the plan, which were less destructive. There are also plans to expand roads and build a railway line to the region, which will further impact the catchment area of the river,” says Col. Muthanna.

What the otters say

The large forested areas and coffee forests of Kodagu are home to various flagship species of India, including elephants, tigers, bison, leopards, and sambar deer. The man-elephant conflict has been on the rise due to the expansion of coffee plantations and degradation of forest areas, but there’s no evident impact on the diversity of riverine life as yet.

M. Gopakumar, Co-founder of Nityata Conservation Initiative, has been studying otters in the Cauvery river for the last four years. Otter is to water what tiger is to forest. They are the apex predator in the river and their presence indicates good ecological health of the river. More of them means good amount of food like fish and crabs and ideal conditions for them to breed. Otters also eat diseased fish, preventing the diseases from spreading, and prefer to eat the invasive fish species, thus maintaining the population of the native species.

Except opportunistic poaching by the locals, there’s no great threat to otters in Kodagu right now, but Gopakumar has a warning. “Certain fish species breed in sand. So removal of sand disrupts fish colonies and hence the otters. The churning of water due to mining also continues for long, increasing the turbidity and making the fish and otters to leave. This can happen in the span of one dry season when mining usually takes place. So, it’s important to ensure good water inflow, preservation of catchment areas and minimal sand mining. This won’t be the case if Kodagu continues to grow at this pace,” he says.

It’s a medley of forests, grasslands and plantations in Kodagu that keeps the Cauvery flowing but should the farmers and coffee growers let go of an economic opportunity currently offered to them by the tourism and the real estate industry?

“The reality is that everybody wants to attain a better standard of living. Who would like to slog on farms, manage labour and fight changing weather to grow crops when big money is available by selling that land? This is why we need an alternative that lets the people grow crops economically without the need to sell their land,” says K.A. Machaiah, who volunteers with Save River Cauvery Foundation.

Col. Muthanna also feels that restrictions to development should come with incentives for maintaining status quo. “The people of Kodagu are offering an essential service by keeping the Cauvery alive which, in turn, serves around eight crore people, 600 major industries in downstream areas of Karnataka, Tamil Nadu and Puducherry. There has to be a mechanism through which we pay them back for maintaining the catchment area,” he says.

It’s not a tall order considering the amount of resources and time Karnataka and Tamil Nadu are spending bickering over the leftover water. The need is to shift focus towards the water that can be saved. Kodagu has a similar model running in its own coffee plantations.

On a coffee high

Kodagu produces about 38 percent of India’s coffee. The plantations are unique as these harbour more tree species than most other coffee plantation areas elsewhere in the world. However, native shade trees are increasingly being replaced by the exotic silver oak which grow quickly and fetch better price. Even though silver oak don’t have dense canopies, shift from Arabica to Robusta coffee helped as latter doesn’t demand heavy shade.

A study done by the Coffee Agro-Forestry Network compared the impact of tree variety on ecosystem of the region and found that native trees sustain wider varieties of flora and fauna and contribute positively towards hydrology and carbon sequestration.

Although there were lower quantities of water from native tree plots going to the rivers than from the exotic tree plots, the higher evaporation and transpiration rate of native trees had a positive impact on the microclimate. Coffee plants under the native trees were also less water stressed, especially at the middle and the end of the dry season, than those under the shade of silver oak.

To keep this diverse system intact, the farmers growing coffee under the native trees are being given eco-certification, which ensures that coffee companies pay these farmers a premium over market price under their corporate social responsibility initiatives.

Can the industries and urban centres like Bengaluru and Tiruchirappalli offer similar incentives to Kodagu for keeping the catchment of Cauvery intact?