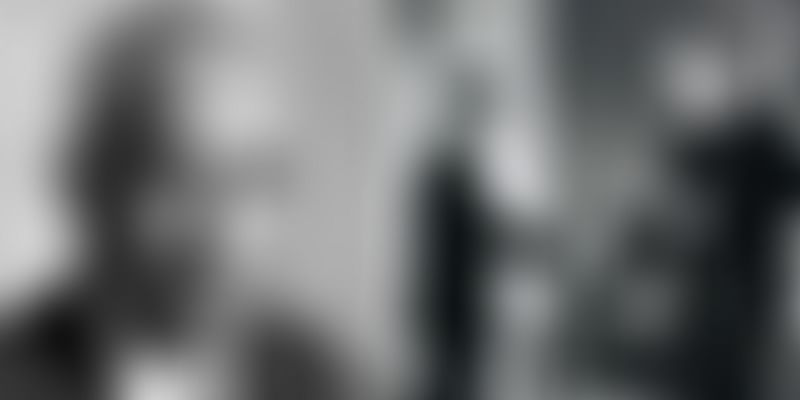 Subrahmanyan Chandrasekhar was born on October 19, 1910, in undivided Punjab, in what is now Lahore, Pakistan. On his 107th birthday, Google has honoured the Nobel laureate — the first astrophysicist to have won the Nobel Prize — with a doodle.

Chandra, as he was fondly called, was among the 10 children born to C Subrahmanyan Ayyar. A child prodigy, he grew up wanting to be a scientist, following in the footsteps of his paternal uncle, CV Raman. He wrote his first scientific paper titled 'Thermodynamics of Compton Scattering with Reference to the Interior of Stars' when he was in his teens.

He was homeschooled in Lahore before attending Presidency College, Madras, where he completed his UG in physics. After his graduation, he earned a scholarship to Cambridge where he finished his PhD.

At the age of 26, Chandrasekhar was appointed deputy professor at the University of Chicago, where he worked for the rest of his career.

In 1944, when he was in his 30s, Chandrasekhar was elected to the Royal Society of London. Around that time, he was also invited to join the Manhattan Project, where the atomic bomb that ravaged Hiroshima and Nagasaki was built. However, he could not be a part of it because of a delay in FBI clearance, according to India Today.

In 1983, Chandrasekhar shared the Nobel Prize in Physics with William Alfred Fowler. He received the award for his theoretical studies of the physical processes of importance to the structure and evolution of the stars.

Chandrasekhar was also the editor of The Astrophysics Journal, the oldest journal on the subject, from 1952 to 1971. After becoming a US citizen in 1953, he worked at the University of Chicago until his death at the age of 84 in 1995. According to Mirror, while honouring him with the doodle, Google stated the following,

"Today we honour the original starman whose universal theories propel current space research and modern astronomy on their ambitious missions."