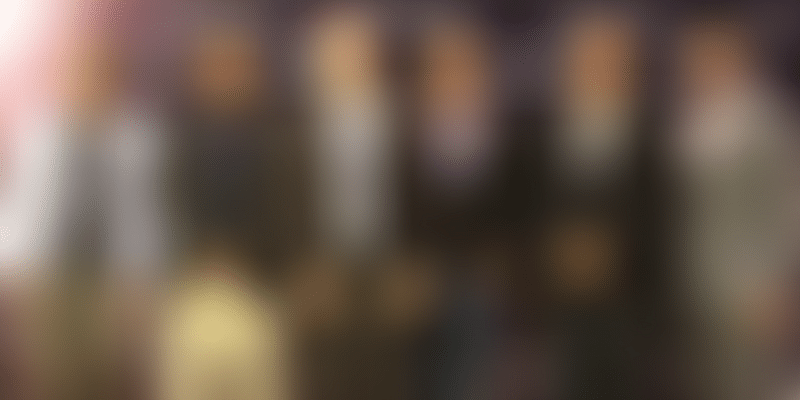 Today, when we listen to a song on the radio or on the television set, it’s most likely to be from a Bollywood film. India’s music scenario is heavily monopolised by the movie industry. In a country with a culture as diverse as ours, one would expect the music industry to reflect its diversity. But sadly, that’s not the situation.

The creators of CoCreato felt strongly about the need to revive the music industry in India and decided to do something about it. They felt the need for music to have its own identity beyond cinema, and started supporting independent musicians garner the respect and support they deserve.

In the summer of 2014, Sanket was an amateur filmmaker trying to find someone to make background score for one of his short films. That is when he met Vivart Rangari, who was an equally passionate musician. They made a short film together, which went on to win a national level ad-filmmaking competition. That is when they realised that collaborations are a powerful prerequisite for any kind of art. They then collaborated together with videographer Nikhil Lodhi, 22, and theatre actor Aditya Bansod, 22.

The organisation was called Sine Vave Multimedia at that time. The team was later joined by Advait Modak who presently handles the sales at CoCreato. The five youngsters went on to promote independent artistes of Nagpur by providing them with studio infrastructure and music video production facilities all free of cost. They created some original music, covers and music parodies and the YouTube channel presently enjoys more than 2.7 million views.

The idea of CoCreato really took a skydive during the entrepreneurship class in Visvesvaraya National Institute of Technology (VNIT) where the idea was mentored by serial entrepreneurs Shashikant Chaudhari, Managing Director, Globallogic and Raj Jaswa, President TiE , Silicon Valley.

They together created a technology-based community platform for musicians, which relooks and changes the process in which music is created in India. Vivart, who is the CEO, says,

There is one common trait in all the musicians who are dominating the music scene today - collaborations. CoCreato aids the same through its click and brick model - a technology platform and physical spaces.

Sanket Gomase, Chief of Operations at CCcreato, explains how all this happens in real time, “A curator posts a jam with its purpose (most often it is creation of an original song) on the

CoCreato app/website. The creators apply to the jam and are selected by the curator. After that a time for the jam is decided and a slot for the same is booked at CoCreato Space. After 5-6 jam sessions, a musical composition is created. The best composition of the month is selected by masters for further production. The masters also conduct masterclasses once every week for all the musicians.” The technology platform and CoCreato space are provided for free of cost to all the musicians.

Masters are the people who have been in the industry for a long time and know how things work there. The creators working with CoCreato are the people who have already reached a certain level in their profession and most of them have undergone proper training. So they do not need to know everything. Short duration masterclasses ensure that only the important information is shared by the master to the creator. Currently, there are about 400 creators, 50 curators, with 10 masters.

Right now we have onboarded over 500 people on our group of musicians. Interested people apply and the most appropriate people are selected by the curator. Non-curated jams are also organised by creators who are clear about what they wish to produce. All this will be done more efficiently via the CoCreato app, which will be launched soon, says Sanket.

The team hopes that the app will create quite an impact since most of the functionalities on the web platform that are popular will be taken over on the app.

“Most of the things that are carried through the app are done on an offline basis for now. The massive response to meetups through conventional forms of communication validate the fact that the app will create a great impact,” says Sanket.