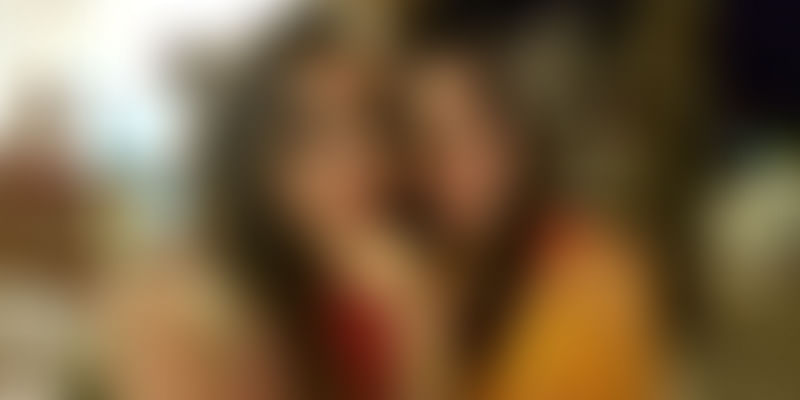 The Nagpur-based startup is on a mission to make learning fun and interactive for children. With its range of card games for all ages, Infinite Space hopes to bring families closer and help them bond better.

The technology boom in the last decade has transformed our life, making it easier and seamless. However, the new-tech era has been critiqued for creating divided families, especially by impinging on the parent-children relationship with the growing addiction for gadgets. From the constant use of smartphones to getting hooked to playstations, children have limited their time for effective communication with their parents and vice versa.

Can anything be done to bridge this growing divide in families?

Enter Infinite Space. Founded in 2015 by Jyoti Kapoor (41) and Parveen Tuli (37), Infinite Space is on a mission to develop games and activities that can bring families together, help them bond and connect, and make learning truly fun.

“Whether it’s for 10 minutes or several hours, you can now spend quality time with your children doing something they will learn from and actually enjoy,” adds Jyoti Kapoor, Co-founder, Infinite Space.

Jyoti and Parveen are counselors, psychotherapists and empowerment coaches, who work towards addressing the everyday issues and challenges faced by kids, teenagers, and adults.

“During the course of our workshops as empowerment coaches, we make participants play some games which help them solve their problems,” highlights Jyoti. The duo’s play techniques have been well-received by the participants. This motivated them to work on games which could help people bond effortlessly. After doing thorough research and gaining insights from people in the toy and gaming industry, they took the entrepreneurial plunge into this sector.

What Infinite Space has to offer?

The brand mainly offers four games – Alphabet Soup, Catch a Word, Fliddle, and Gupshup. Alphabet Soup is a brain and fun tickler where participants need to unlock the mystery in the soup of alphabets. The game of 96 cards aims to help kids have fun and learn at the same time. In Catch a Word, participants need to be highly alert to catch the word before their peers. This activity helps them stimulate their minds.

Fliddle is a fun and high interactive energy game that can be played in three different ways – dumb charades, riddle and flash cards. Gupshup is a conversation game, played with a deck of cards that has questions to spark stories, draw out a few secrets, trigger some belly laughs, and hopefully, help the participants feel deeply connected to each other. It allows everyone to express themselves.

“Gupshup has been designed in a way that the participants feel a sense of comfort and confidence while playing it. It makes them open up to each other, not just in the game, but in general. People get closer to each other,” reveals Neha, a Gupshup user.

Besides games, the brand also holds workshops for kids’ empowerment activities and confidence building workshops known as access consciousness. Aiming to prepare the children for a better tomorrow in a fun way, kids empowerment activities comprise of wheel of choice, budding entrepreneur, puberty, fairy garden, and dream catcher. During access consciousness workshops, pragmatic tools are offered to the participants for changing those things in their lives they have always wanted to.

According to a report by Ambient Insight (international integrity-based market research firm), the worldwide game-based learning market reached $1.5 billion in 2012. The global growth rate is 8.3 percent and revenues will reach $2.3 billion by 2017.

Considering the huge potential of the sector, various startups including Kitki are trying to transform the traditional way of learning.

However, Infinite Space is banking on certain factors to create its niche in the market. “Our games are easy to carry and can be played anytime, anywhere and have no specified time-limits. They can be played from the duration of five minutes to several hours. They are for all ages,” adds Parveen.

Infinite Space claims that each game is well researched and has been developed by a team comprising of teachers, doctors and professionals working in the areas of development psychology. The startup is offering the games at price range of Rs 575 to Rs 630.

The traction so far

The brand operates in both B2B and B2C markets. Jyoti reveals that the brand is catering to several thousand customers in B2C and has collaborated with many distributors and retailers for B2B. To bring their ideas to life, the co-founders formed a small team which included a designer and a sales & marketing person. In June 2016, the startup launched its games in popular retail stores chains like Bonsaii, Crossword and Hyper City in Maharashtra and many other stores of Madhya Pradesh, Chhattisgarh, and Delhi. In September 2016, Infinite Space made its games available on e-commerce platforms, Amazon and Snapdeal.

The gaming startup is eyeing to generate revenues of Rs 25 lakh this financial year and is hoping to grow at 100 percent rate in the coming years.

In March 2017, Club Mahindra became the brand’s alliance partners and placed the games at their Goa properties. The brand is planning to design and manufacture new games soon and expand its e-commerce presence to Flipkart and Paytm. Infinite Space, which already has a significant presence in many school libraries, now wants to create indoor gaming centres in schools and offices.