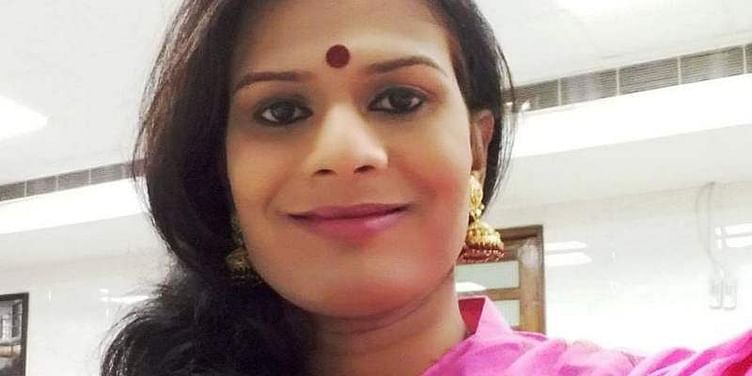 Born in a traditional Hindu household in West Bengal, Joyita Mondal suffered a lot of discrimination owing to her being a trans person. She had to drop out of school, sleep at a bus stand, and beg on the streets. It no longer bothers her though, because all of it has contributed to who she is today — India's first transgender judge.

Now 29, Joyita was born 'Joyonto' (male) in Kolkata. Unable to conform to the gender norms imposed on her, she dropped out of school after class X. Recalling that period, in an interview with Women’s eNews, she said,

“I didn’t tell my family that I was unable to take the verbal bullying by other boys in my school. I just told my mother I had got a job in Dinajpur, a neighbouring district in the state, and wanted to go there. I told her that I would come back in two months if things didn’t work out, and she consented.”

However, Joyita came to Islampur in Uttar Dinajpur district and never went back. In the initial years, apart from attending functions as a hijra, she also worked for the rights of trans people. Over time, she started working for the rights of anyone and everyone facing any kind of social discrimination.

Simultaneously, she also completed her studies through correspondence and got herself a degree in law. In 2010, she was the first trans person from her district to get a voter ID.

A few years ago, Joyita started her organisation, Dinajpur Notun Alo Society, that is currently reaching out to and helping thousands of people in her district.

Despite all the feats she has achieved now, the fact that she had to sleep at a bus stand as hotels did not allow her to take rooms is still a sour memory.

Almost 10 years after she walked out of her house in Kolkata, Joyita was appointed the judge of a Lok Adalat (civil court) this July. This court is only minutes away from the bus stand she used to spend nights at just a few years ago. Talking about the way forward, to The New Indian Express, she said,

"All governments want to appoint one person from a weaker community to a top post so that voices of others of the community are muffled. I would not let that happen. Even if two–three percent of transgenders in Islampur get dignified jobs, I would consider my appointment beneficial for my community. They would not have to work as sex workers for Rs 150–200 and can have a good sleep at night. Even now, as I move around in air-conditioned cars, my people beg during the day and work as sex workers at night."