GRAKN.AI: How Haikal Pribadi went from being a refugee to building a database for AI systems 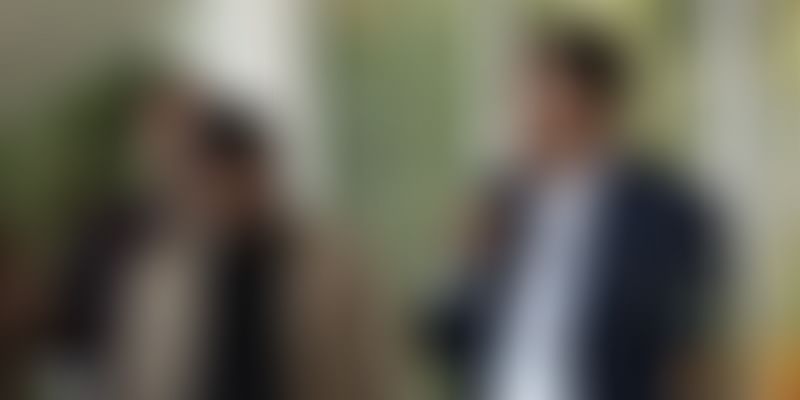 This 26-year-old Math geek found meaning in numbers and patterns before finding that the future needs systems that can support self-learning software.

The layman has to catch up with technology in the AI era. GRAKN’s Haikal Pribadi wants to solve this understanding. But before we get to GRAKN, one must understand database complexity.

The layman is familiar with current databases, which are built on rules where human intervention is required to patch changes in the system to understand complex data patterns. However, the era of AI changes everything. The machine is learning to make decisions. In an AI system, the database itself must change to support multiple sources of data. A database is something that holds a set of structured information in a set of computers, but in a world where data is coming from different machines across organisations, you need a database that can handle this complexity.

For example, in a connected car ecosystem there are networks, there are cloud providers, app services, OEMs and city corporations communicating with the car and the driver. The complexity begins, for example, when the system has to understand platooning of the vehicle in case of emergencies and then the car must be able to move itself in the desired location of the city corporation. Now imagine a million cars and billions of data points triggering events, the databases need to be intelligent to work with AI systems to make sense of every event that a city corporation or OEM wants to make sense of.

So the question that computer scientists are asking themselves is whether in complex systems, where AI is going to be implemented, are current databases obsolete? Founder of GRAKN.AI, Haikal Pribadi aims to make sense of this complexity and create a new database. GRAKN enables machines to manage complex data that serves as a knowledge base for AI systems. The new database that his team is building is a hyper-relational database that can take complex data - from different streams - and present it to AI systems to compute with ease. “An AI system can work through complex data sets if the database is able to structure complex data,” says Haikal. Simply put GRAKN is a hybrid of Oracle structural database and Google's knowledge graph.

With his learning and understanding of the subject, Haikal attempted to simplify these complexities.

Perhaps because of his past – his family had to escape economic crisis in Indonesia - he directed all his focus on things he loved, which were robotics, software and data modelling. “When I was a 3-year-old I had to escape to Australia and grew up there,” he says. Since his father was a Math teacher, numbers came to him naturally and that’s where he found solace. On returning to Indonesia when he was 13-years-old, he went on to win several Math competitions and landed in Australia for his higher studies.

He received a lot of attention for his thesis which went on to be used by NASA. His thesis was on an Interactive Robot Platform with Reactive Robot Controllers – an open source robot operating system for autonomous indoor mobile robots, such as Parallax Eddie robot. The Robot was then adopted by a NASA team.

Following graduation in 2012, he worked in Quintiq, a technology company, as an optimisation algorithm expert. He took up Masters in computer science in University of Cambridge and received a full scholarship

It was while in University that he learned about data complexity. After graduating from Cambridge in 2015, Haikal went back to Quintiq and there he decided to build a database for AI.

He began to build the database by getting the open source community to use it. Over 390 developers work on GRAKN and it has been downloaded 6000 times. Its ability to address complexity was picked up by Oracle, who made part of their Oracle Startup Cloud Accelerator in Bristol. “Remember we are not a machine learning company, we are creating automated reasoning, where decisions are made,” says Haikal.

AI refers to systems that change behaviours without being explicitly programmed, based on data collected, usage analysis and other observations. While there is a widely held fear that AI will replace humans, the reality is that today's AI and machine learning technologies greatly augment human capabilities.

"AI offers exciting possibilities, but unfortunately, most vendors are focused on the goal of simply building and marketing an AI-based product rather than first identifying needs, potential uses and the business value to customers," said Jim Hare, research vice president at Gartner.

GRAKN is yet to go live commercially and is working on several POCs. Haikal says that his company has been well funded (does not disclose funding) and says his database is taking on all the big names like Oracle, MongoDB, MySQL and Neo4J.

This technology being built by GRAKN will be valuable to help an organisation use automated reasoning to make decisions for their customers.