Startup Karnataka: Second to Bay Area, but catching up fast 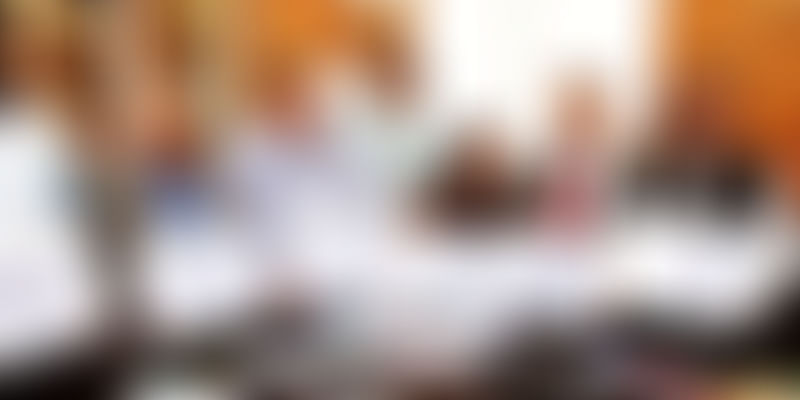 Karnataka is heralding the era of AI, Big Data, and Deep Learning in fields such as healthcare, manufacturing, and enterprise IT.

Innovation, they say, is the change that unlocks new value. Nations know that technology powers their dominance in the world of trade and commerce. While the Bay Area in the US fuelled the enterprise IT revolution with intellectual property, Boston and Cleveland – in the same country – became the innovation hubs for pharma and healthcare.

Now imagine a platform where all these combinations are available. In one state, four major cities.

This is Karnataka. Perhaps the only state in India to have innovated in many ways and at many levels. From the enterprise IT services business in the mid-nineties to the startup revolution beginning 2010, it is now heralding the era of AI, Big Data, and Deep Learning in fields such as healthcare, manufacturing, and enterprise IT.

According to YourStory Research, Indian startups raised close to $9 billion in 2015 and only $4 billion in 2016. This year, the amount is expected to cross $6 billion by the end of December. With this as a backdrop, one must understand why Karnataka is key to unlocking the startup revolution.

Priyank Kharge, Minister, IT and BT, Sci-tech and Tourism, Government of Karnataka, says:

“Our policies are copied by several states. We have been pioneers from the mid-nineties in creating a policy not just to support startups, but to ensure that they succeed.”

And succeed they did. Flipkart, Manthan, Bugworks Research, Practo, Ola Cabs, and MuSigma are some of the names that crop up when you think about Bengaluru.

A place for curiosity

Did you know the last antibiotic to fight superbugs in hospitals was discovered in the 1970s? Now a small company tucked away in C-CAMP at the University of Agricultural Science campus in Bengaluru is determined to renew the fight against superbugs.

Bugworks Research has just got CARB-X, a public-private initiative established last year, to support the global development of novel antibacterial drugs that address multidrug-resistant (MDR) infections, to make an initial investment of up to $2.6 million, with potential option payments of up to $3.5 million.

Anand Anandkumar, CEO and Co-founder of Bugworks Research, says: “We decided to start up in Bengaluru because the biotech talent is in this city and it has several pharma companies that can help with our research. Karnataka has created a rich ecosystem for biosciences startups to be incubated.”

Apart from this grant, the company had raised more than $2 million earlier. This is significant because only big names like Dr Reddy’s Labs or other larger pharma companies are able to take on such innovation.

Naganand Doraswamy, Founder of IdeaSpring Capital, says: “These ideas happen because of Bengaluru and Karnataka’s ability to combine learnings from its manufacturing past, the IT services business and the influx of technology ideas from western markets.”

At C-CAMP in the UAS Campus at Hebbal, there are over 30 bio-sciences startups working on impact-based businesses. So the global grant received by Bugworks is significant because of the work they are doing for the world.

This is certainly a feather in the cap for Karnataka and its support to startups. The policy itself offers comprehensive support to ideas and will then connect them to corporates. The government has created an emphasis on building a startup ecosystem in Belgaum, Gulbarga, Hubli-Dharwad, Mangalore, and Mysore.

According to the policy, the State Government will assist in the setting up of Technology Business Incubators in institutions of higher learning with well-developed research and development facilities to foster a strong link between R&D and commercialisation of technologies so developed.

The following areas have been earmarked and are underway to create an ecosystem.

“The State would invite the private sector, including globally and nationally well-known accelerators and incubators to set up world-class incubation centres and accelerators or expand existing facility/operations on PPP basis. Such centres must provide all necessary infrastructure for the given sector such as R&D labs, common centre for prototyping, common testing/QA/QC labs, design studios and tool rooms, fab labs, biotech wet labs, green houses, animal houses, office spaces, small and large conference rooms, office spaces for collaborative work and other modern amenities as required, including shared services like legal, accounting, patents, investment banking, community events, mentoring, promotional and marketing support for startups. Land or built-up space would be provided at the applicable rates in industrial/ITparks/SEZs developed by the government in two-tier cities.”

No wonder, Karnataka is the only state to have invested in close to 200 startups. In fact, in 1999, Karnataka Information Technology Venture Capital Fund (KITVEN) was set up by the Government of Karnataka to support startups and has invested close to 50 companies.

ALSO READ: How Karnataka’s IT hub is readying for the future

Recently, a Karnataka programme called Elevate has funded over 100 startups and has set aside a Rs 35 crore fund to seed these ideas.

Of course, not all selected companies would get the same amount. While some would be eligible for grants up to Rs 50 lakh under the idea2poc scheme, others would be able to tap into the Rs 400 crore funds available with the department under various schemes.

“There are biotech and meditech companies that have already spent some considerable time on their ideas. Such startups would get funds from designated KITVEN funds where they have to part with equity and be eligible for higher amounts,” Priyank Kharge said.

He listed 27 startups in ESDM and IOT, 26 in IT and ITeS, 19 in meditech, 11 in biotech, three companies in agritech, six dealing with clean tech, and four in AVCG fields.

The government also inked agreements with nine companies to help these startups. These include Google and Amazon, which came forward to give cloud credits to these selected companies, with PWC for mentoring and consulting, Yes Bank and Kotak Mahindra Bank for banking and filing tax credits, Indian Law Practice for legal help, and with Digital Ocean and Zoho for cloud-based apps.

The government has set up the following infrastructure facilities across the state for startups:

The government has also set up the following incubators:

The scale of operation in Karnataka for startups far surpasses any other State. Only Telangana, Gujarat, Rajasthan, and Andhra are among the other states pushing for a startup revolution in this country.

While others follow, Karnataka is already setting up a centre of excellence for BigData, AI, Blockchain, and CyberSecurity. The state is clearly poised to be a leader in biotechnology and nano-science.

The future is in Karnataka because the quality of startups is getting better every year and the industry connections are only going to make Karnataka an innovation hub.

(The Bengaluru Tech Summit is scheduled for November 16-18. For details visit http://www.bengalurutechsummit.com/)