Built by 3 retired Air Force officers, Honourpoint is an online memorial for every Indian soldier 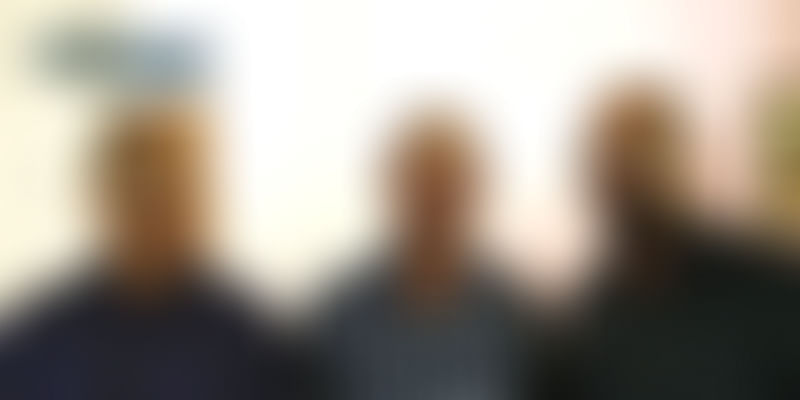 Serving as an online memorial for every military family, Honourpoint hopes to bring the nation together to express and cherish the memories of the fallen - in harness or otherwise. With memories, pictures and stories of more than 12,000 jawans, Honourpoint wishes to inspire the present and the future generations.

India in 1947 was revelling in her newly-obtained independence from Britain while suffering from the repercussions of partition. Since then, owing to internal conflicts and severe wars, many valiant soldiers have died. The Amar Jawan Jyoti does remember some soldiers but not all - there wasn’t a memorial that catered to them all.

This bothered MA Afraz from very childhood. An engineer who completed his post-graduation in Defense Studies from the University of Madras and Executive Management Program from IIM Ahmedabad, he went on serve in the Indian Air Force for 25 years.

Coming from a family that has devoted multiple generations to military, Wing Commander Afraz felt a sense of despair that the efforts of the valiant heroes were not given enough recognition by the public.

With a sense of gratitude towards the martyrs and their families, on completion of his service, Afraz wanted to give back to his Fauji community.

Six months later, his quest ended when he found Wing Commander Rajendra Prasad and Wing Commander L K Choubey, veterans who had dedicated 25 years in the Air Force. Together they started Honourpoint in April 2017.

“Searching for the right partners took time. Such a cause required individuals who were willing to dedicate time, effort and money - something not a lot of people were ready for,” Afraz says.

Started as an online memorial to honour and remember the soldiers who fall in the line of duty, Honourpoint has all the data starting from 1947.

In its own commendable way, Honourpoint serves as a reminder of all those fallen, ensuring that people do not forget the sacrifices of soldiers and their families. It is a way for public to revel in the inspirational stories of the martyrs, encouraging empathy, patriotism, and a desire for peace and harmony.

Based in Bengaluru, Honourpoint has a team of 11. Over the course of two years, they gathered information on the martyrs from the internet, books, journals, magazines, newspaper - everything that was available in the public domain. They then collated this information into inspirational stories and published them on the portal. The amount of information available differs from person to person - some profiles have a note by the family, while some have a collection of articles written on them, even poems. The families of the fallen help churn the story into a better narrative.

“For instance, the account of Major Akshay Girish Kumar is managed by his mother. He died at Nagrota fighting terrorists. All the information about him was given by his mother, to whom the tributes bring great happiness. This is the sort of response we wanted,” Afraz says.

It took almost two years to gather all the information they could before launching in April of this year.

“The government and the people take up initiatives to financially support the families. Closure, on the other hand, is not gained. We need to show the families that India hasn’t forgotten her heroes. The tributes that are written allow the families a certain happiness and peace. That feeling is intangible - something money cannot buy. We wish to create awareness about our platform - open a door to bring the families together.”

By honouring the fallen soldiers and providing a place for the families, comrades and the people to mourn the loss, Honourpoint is trying to address the emotional needs of everyone involved.

A more pressing concern and a target for the future is to raise funding to support the financial needs of the families, which include the children's education, hiccups with the governmental policies, retrieving pension, counselling, and location training for the families to name a few.

“This is a social venture. We are aware that without funding we cannot carry on for long. We wanted to establish credibility and build support, let people know such a platform exists. We hope that once we've done our bit, the people will be more than willing to lend us a hand.”