'In 4 years, 50 pc of our revenues will come from foreign markets,' says Innoviti Payments 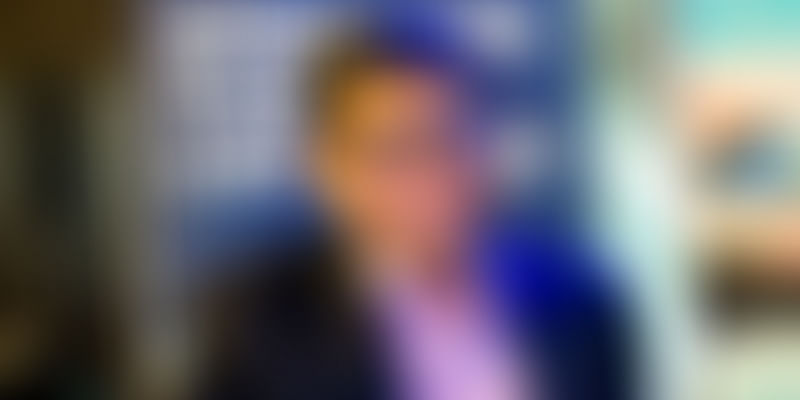 In an exclusive interaction with YourStory, Innoviti spills the beans on why it’s betting big on international strategy as it plans to take on the Philippines, Indonesian, and Sri Lankan markets over the next three quarters.

In his previous role, Rajesh was heading RuPay acceptance and e-commerce at NPCI and was instrumental in the development of the RuPay Card Scheme and enablement of RuPay acceptance points across the country.

Backed by Infosys Co-founder Narayana Murthy’s Catamaran Ventures, in July this year, the company had raised its Series B funding of $18 million from SBI-FMO and Bessemer Venture Partners.

With plans of expanding to the Philippines, Indonesia, and Sri Lanka over the next three quarters, Innoviti’s new Chief Business Officer, Rajesh Prasad talks to YourStory in an exclusive interaction on how the company plans to step foot internationally and what’s fueling such aspirations for the company.

Below are excerpts from the interview:

YourStory: Why is Innoviti looking at an international strategy? Don’t you want to explore the Indian market, which is huge and underpenetrated?

Rajesh Prasad: As a company, you have to look at growth both vertically and horizontally.

In the last three to five years, the payment landscape has been quite productive. The kind of innovation having gone in hasn’t been seen in any other payments landscape across other countries.

From our initial research, we have found that these countries are going through similar changes as the domestic market, or rather what it (India) was five to seven years back. So we see a huge opportunity there, which we can tap on.

On being underpenetrated, we can say that the country today has close to 20 million registered shop owners, leading to 20 million touch points. But then, why did the PoS penetration in the country not increase from 1.5 million, even post demonetisation? It is because of the cost of these physical devices. But there will be growth and it will happen on the digital front, rather from a physical machine level.

YS: What are the markets you’ve chosen and why are those markets critical to your expansion?

RP: We believe that payment technology in India has gone ahead with a lot of innovation and new products. This has created huge opportunities to use our leanings in similar growing markets like the Philippines, Indonesia, Vietnam, Sri Lanka, Thailand, and Bangladesh etc.

There are a couple of similarities we see in these markets when compared to the domestic front. We have chosen developing markets like Singapore where payment systems are fairly developed, but are looking at developing and upcoming economies.

First is the challenge of network-related issues and connectivity, which exists in these countries and we have pioneered our products around.

Second is the similarity in the banking and regulatory framework of these markets. For example, looking at India, the Philippines also introduced two-factor authentication to its payment systems.

In the next three quarters, you will see us operating in the Philippines, Indonesia, and Sri Lanka.

YS: What are the kind of investments you are looking to put into the expansion? What are your revenue targets for the same?

RP: We haven’t immediately frozen on a number, and are still thinking around the implementation strategy. So for us, investment is not a consideration for the time being.

On the earnings front, we have a view that revenues should start pouring in from foreign systems considering the opportunities.

So, we are expecting that in the next three to four years, 50 percent of our topline should be from the foreign implementation.

YS: Could you explain how Innoviti is planning to expand over the next fiscal year?

RP: We are currently studying the market and have got in touch with partners through our investors. I’ll personally be visiting these countries and believe that our market strategy will be ready by the end of this quarter.

We believe the existing products are ready for market and will be implementing our Indian platforms and product lines to these countries. Unless there are minor changes to suit the basic needs of the demographic.

We will be sticking to our core strength on the retail side and strategically launch both SME lending and payments together along with the banking partners in those countries.

Our broad offerings (solutions) are on the lending and payment side which creates an environment where an SME can buy- sell more through invoice-based lending.

Typically, working on a partnership level will not require us to expand the team exponentially, however, we may see a five to 10 percent increase in teams for international expansion over time.

Essentially a payment services provider for merchant acceptance, Innoviti Payment Solutions has three product under its umbrella of offerings.

1) uniPAY NEXT, is an omni-channel payment gateway allowing merchants to accept credit, debit card transactions as well as from digital wallets and UPI-based apps.

In a recent interview the company stated that it processes over $3 billion in B2C transactions across more than 50,000 PoS terminals.

2) smelending.com, is a lending platform which connects dealers (small merchant) and their suppliers to Banks and NBFCs.

3) And last is their UPI@POS solution launched in collaboration with NPCI, which allows UPI acceptance in offline retail.

“I feel this about many other countries that large companies have gone and captured these markets. For smaller companies, it is time they capitalise on these learnings. Innoviti should have been done it earlier, which will get them revenues in the coming years.”