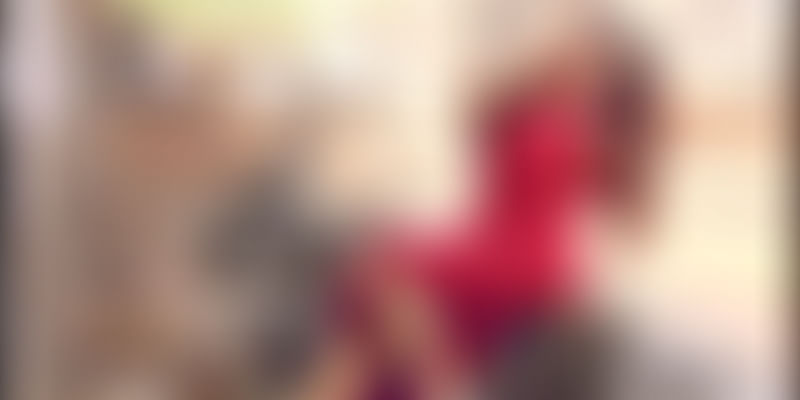 From walking the Lakme Fashion Week for designer Wendell Rodricks to being a makeup artist and grooming coach, Mona Varonica Campbell is loving the many hats she dons.

Mona Varonica Campbell is not just one person, but her own entire entourage. One moment she effortlessly channels her inner “Naomi Campbell” - high cheekbones, power stare et al - as she sashays down the ramp. The next, she is a rather sought after make-up artist, and her own gregarious publicist and manager.

Most endearingly though, she is also her own biggest fan.

At the recently concluded Lakme Fashion Week, walking for designer Wendell Rodricks, as India's first trans plus-sized model, Mona hopes to open up a whole new demographic in the world of fashion.

Being famous before she was famous

Always somewhat of a fashionmonger, 28-year-old Mona entered the field open to pursuing any avenue and opportunity, and this go-getter attitude is what put her on the ramp. “I grew up studying the design sensibilities of one of my favourite designers Wendell Rodricks, and would often visit his store in Goa and just ogle at his work - the design, the cut and the fabric, no words! And he was one of the judges for the auditions. It was such an honour to be selected by him, and to walk for his line, no less. It’s a dream come true,” she says.

Mona may have gotten her ‘big break’ in the fashion industry only in September with the Lakme Fashion Week, but she feels her entire life has been building up to the moment. “I grew up drawing a lot of inspiration from models like Naomi Campbell and Ashley Graham, one of the leading global plus-size models,” she says.

Armed with a degree in fashion management from the London School of Fashion, Mona started her own makeup studio, Varonica Makeup Artistry, and worked with a host of celebrities and models, besides also specialising in bridal makeup.

Mona’s networking skills and inherent extrovert nature won her many friends and made her a regular fixture of the proverbial Page 3 fraternity. During this phase, she was invited to be the showstopper at a few fashion shows, including Faces of Africa branded by Suchir India, IFSC Fashion Week, and by several local designers. She also got the opportunity to groom students at a leading aviation company. An award for best make-up artist, and ranking as a name to reckon with in the South, this Hyderabad-based girl made her mark with sheer hard work determination.

Fashioned out of love and acceptance

When it comes to her personal journey, Mona tells the truth as it is. “I have encountered all sorts of characters in the industry - some accepting, while the others, not so much. But, I always knew how to deal with the critics. Overall, I feel the industry is becoming open to the plus size category, but the opportunities are still very few, as opposed to the international market,” she says.

What helps is that two of her former critics now double up as her best friends – her mother and father. Born in a typical south Indian family in Andhra Pradesh's Ongole city, Mona’s father is a central government employee and her mother was a homemaker. “We are from a healthy and wealthy family. I have a very supportive elder sister. Right from my childhood, I behaved more like a girl than a boy, and I was raised like a girl by my parents along with my elder sister,” she recounts.

“I did face a few situations of bullying, and non-acceptance, but I was very fortunate to be accepted the way I was by my family and had some amazing close friends. I feel schools especially should sensitise students to create a more healthy and respectful atmosphere,” she says.

Her father wanted Mona to study medicine given that she was a bright student, but she had known since she was a teenager that she belonged in the world of fashion. “I ranked 90 in the all India EAMCET-Medical. But I decided to follow my heart and pursue a career in fashion,” she says. She eventually studied Fashion and Textile from NIFT and Hamstech in Hyderabad.

During college, Mona worked part-time in Visual Merchandising for various fashion clothing brands, and even provided voice support in airlines, shopping malls and as a customer service executive. “My feminine voice supported my part-time jobs. During college itself, I took a bold step to consult a doctor to get HRT (Hormone Replacement Therapy), and I approached my parents for the same. My father was staunchly opposed to it at first, but my mother and sister stood by my side,” she says.

Her transition coincided with her graduation, and by the time she had a degree, she was more of a woman. As her father came around, she underwent surgery and began her career as a “full-fledged, confident woman” as she puts it, in Canada. “I got an opportunity to get trained by professional make-up artists and work with MAC Cosmetics, Ontario and few other international cosmetics in Canada,” she recounts.

The medical procedures, however, led her to gain weight rapidly but the offers to model kept pouring in – only, now, as a plus-size model. And Mona seized every opportunity. “I grew up drawing a lot of inspiration from models like Naomi Campbell and Ashley Graham, one of the leading global plus-size models,” she says.

One may have thought that a successful stint like that in Canada would be tough to sustain but Mona’s momentum didn’t falter even when she returned to India. So, when auditions for the Lakme Fashion Week were on, she put her best foot forward.

There is no vanity, but only pride when she says her strike rate at auditions is a hundred percent. “I am confident about myself. I love my looks and my unique body. I am bold. I will break the stereotypes, and can’t wait to sizzle on the runway for future projects,” she says.

While she has several assignments and offers in the pipeline, Mona wants to focus on creating a signature label for plus size clothing. At the same time, she is also pursuing her PhD in business administration in Florida.