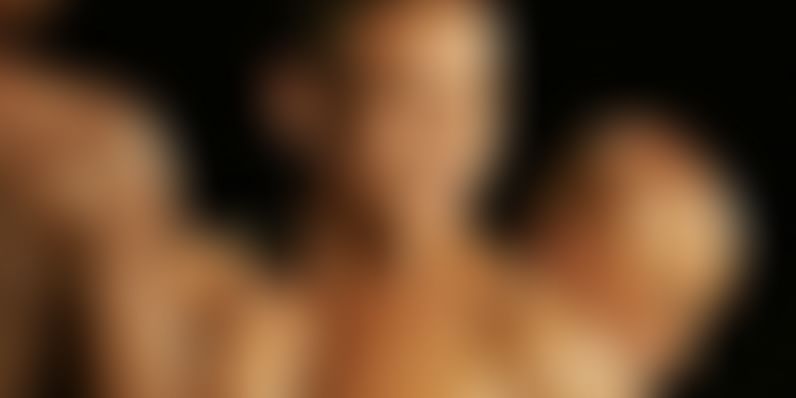 Born in a village three kilometres away from Imphal, the state capital, K Pradipkumar Singh was one among many suffering from HIV. HIV and AIDS had emerged as a serious public health challenge in a state that at one time accounted for nearly eight percent of India's HIV-positive cases despite having only 0.2 percent of the country's population, according to Manipur State Aids Control Society.

He confined himself at home, unable to see daylight for almost three years. But today, fighting what appeared to be insurmountable odds, he has overcome the social stigma and discrimination to "show the world what an HIV- positive person can do in life." With sheer determination, he started a career in bodybuilding and went on to win the Mr Manipur, Mr India, and Mr South Asia titles — apart from winning a bronze medal in the Mr World contest.

Living with HIV for close to two decades, Pradipkumar, now 46, is an active awareness campaigner. While he does not participate in professional competitions anymore, he works as a physical trainer at the Department of Sports and Youth Affairs of the Manipur government and plans to open an academy for bodybuilding.

There's so much talent in the Northeast and so much craze for bodybuilding, but all goes to waste. Neither the state government nor the sports academy shows any interest in promoting the sport, he said.

It was not smooth sailing for him in the beginning. The initial years after being diagnosed with the HIV virus were some of the toughest.

I became physically very weak. It was more of a psychological attack on me. The worst was seeing my closest friends drifting away from me. People would ridicule and mock me, passersby would address me as 'that HIV man', he recalled.

Lured into the world of drugs and intoxication during his youth, like many others of his age in Manipur, Pradipkumar came to know in 2000 that he was infected with the virus. Often called a slow poison, once diagnosed with it, an afflicted person could be condemned to a debilitating and tortured death, devoid even of the clinical and social support that other sick people have. But instead of just accepting his fate, he gathered courage, challenged prevailing social norms, and turned his weakness into the "positive" life he now leads.

Not just society, even the hospital staff and doctors mistreated him.

They made me feel like an untouchable. At Manipur State Government Hospital, I was allotted a corner bed with no mattress or bed sheet. No physician or paramedic would visit me throughout the day. There was even a time when I thought of ending my life, but it was my family's unconditional love that kept me alive. Today, if I am here, it's only because of my family," Pradipkumar said.

His sister-in-law Bhanu Devi, to whom he owes a lot for making him what he is today, stood firmly by his side. Speaking to IANS, Bhanu Devi said it was an extremely rough period when they received the news.

That time, not many people were aware of HIV. It was sad to see even some relatives keeping distance from us. But the only aim for us at that time was to save Pradip at any cost. We tried to divert his attention to something that made him laugh or happy, she said.

During this period, Pradipkumar decided to pursue bodybuilding as his career. When he didn't find helping hands to teach him, he began to learn by reading books and following the instructions in them. "Those pages became my mentors," he says, adding,

The drugs to resist HIV are very strong; they made me very weak. But gradually I started taking care of my health; I began following a proper diet, took nutritious food, and turned completely against any sort of intoxication. All I wanted was to show the world what an HIV-positive person can do in life.

He still continues to focus on his body and is an inspiration for many.

Although I am not perceived as an inspiration the way other athletes are, it feels good to have achieved many things after such a period of struggle.

Unlike many others who don't come out in public due to the social stigma attached to the ailment, Pradipkumar didn't hesitate to disclose his identity or to openly talk about his health condition.

Why should I be ashamed of being HIV-positive? HIV does not kill people; it's society that kills HIV- positive people. My fight is not just with the virus but also with the mindset of people, he told IANS.

Even though he has succeeded in achieving what he wanted, what hurts him most is not receiving any recognition from the National Aids Control Organisation (NACO).

NACO never recognised me; I got no help from them. HIV treatment is extremely costly. Who will remember someone who comes from a tiny state like Manipur? Had I been living in a metropolitan city, people would have surely remembered me, he said.

As per the latest India HIV Estimation 2015 report, Manipur has the highest estimated adult (15–49 years) HIV prevalence of 1.15 percent as against the national figure of 0.26 percent.