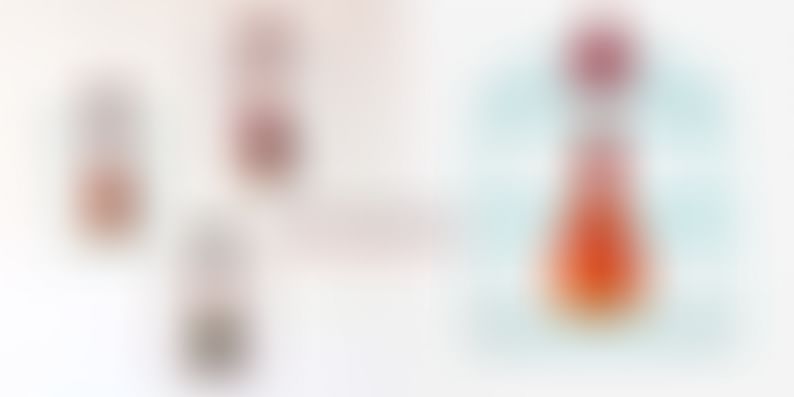 A former media professional, Karthik resigned from his role of General Manager at ACT to nurture his passion for design. Read his inspiring #PassionToPaycheck story below.

Hover around a bar table in Bengaluru, India’s Silicon Valley, and you’ll most likely hear tech-oriented conversations on startups, funding, apps, coding, algorithms, and the like. As most entrepreneurs look to the future for innovation, Karthik looks for inspiration in the past. He has devoted himself to making the smaller artisans of Channapatna and their craft relevant in the 21st century.

Around 200 years ago, Tipu Sultan, the ruler of Mysore, introduced the Persian craft of lacquerware to India in the small town of Channapatna. Today, Karthik is enabling the revival of this art form – with a touch of modernity – through his store, Varnam Craft Collective.

The road to becoming a social entrepreneur

A marketer by profession and training, but a designer at heart, Karthik’s strongly believes in enjoying any work he does. “I wouldn’t do it if I didn’t enjoy it, and thankfully I can say that about all the jobs I’ve held,” says the former General Manager of Content at ACT Television.

The transition from his disciplined corporate life to becoming a maverick within the design community wasn’t sudden. On the contrary, Karthik's journey from conceptualising and executing content strategies to poring over sketch-pads was grounded in conscious calculations, deliberations, and a lot of courage.

The absence of formal training in design did not deter Karthik when he started out, nor does it deter him today. “I sketch on paper, and that’s how I’ve always done things,” he says With only nature to guide him, Karthik dived right into the world of colours, patterns and motifs, “I have always wanted to work in the craft sector. Since I had a full-time job at the time, I decided to help out, pro-bono, with FabIndia, and that is how it started.”

It was this stint with FabIndia that brought Karthik closer to the Channapatna craftsmanship. “Unfortunately, things were taking too long to roll for a person like me who is fairly impatient,” quips Karthik. So after four months of helping out, he decided to fly solo. And the struggle that followed was only just beginning, “I kept going down to Channapatna, and no one would take me seriously. More because I wasn’t a designer with a degree or promising the artisans work.”

Things began to look up when Karthik met a unit of women artisans who were willing to give him a chance. He grabbed his chance with both hands. “The deal was that I would do the designs, they would manufacture (the products), and I would buy them.” There was just one tiny glitch in the equation. “I did not know at the time what I wanted to do with the products, and ended up buying almost Rs 1 lakh worth!” he recalls.

This, in a way, led to the inception of his store, eventually named Varnam.

His journey to setting up Varnam had smaller beginnings, namely an exhibition at home for friends. What was aimed at being an informal gathering to talk art and design turned into a runaway success. He hosted another exhibition for his colleagues at ACT, which was met with equal enthusiasm. These exhibitions paved the way for a small store based out of the ground floor of Karthik’s home, then on to a 400-square-foot basement, to a now flourishing store in one of the most affluent parts of Bengaluru.

The canvas of success and how to paint it

Even six years since starting Varnam, Karthik still does not quite identify as an 'entrepreneur'. “I never thought I was going to be an entrepreneur, and I still don’t think I’m very good at it either. I’m driven by passion. The entrepreneurial part comes with the territory.”

Increasingly, and with time, Karthik finds himself absorbed by the operational requirements of Varnam, “Unless I give the artisans regular work, they will invariably leave the craft and do something else to sustain themselves. This is where the concept of a store comes in.” Advertising his range of products at other stores also met with some difficulty, “They just wanted specific items, instead of maybe the whole range. I’d have preferred to show the range and everything new that we’ve been making.”

At the end of it, a store dedicated to all the products designed made sense to Karthik, “It meant a steady flow of orders, and more room for creativity and experimentation.” Between spending his weekends in Channapatna designing products, supervising production and meeting people at the store, Karthik’s day is crazy hectic. Amidst all this chaos, he confesses to trying to find time to ideate and pen sketches, “Design is my first passion and that is where my heart lies.”

He believes his passion derives sustenance from the sheer wonderment in people’s eyes when they walk into Varnam, “I haven’t, in so far, seen anyone walk into the store and sulk. Their first reaction to this bombardment of colours, in addition to the realisation that this is a single craft in diverse manifestations, has always been a smile!”

As the principal designer at Varnam, Karthik continues to push boundaries with design, “The idea is to make these traditional crafts relevant to the time. That is only possible if you keep innovating, especially within a single craft form.” Varnam’s bestseller –Dusshera dolls - is an example to the creative innovation he lives by.

Karthik has also proved to have a knack for reinventing himself through his craft as well as the many roles he juggles in a day. Although a full-time entrepreneur now, he has not severed his 18-year-long association with the media industry. The reason is simple - his love for his work. “You have to understand that you cannot be in this for a quick buck. It takes persistence.” says Karthik. He also admits that wading into uncharted territories is nothing short of daunting. But tackling those apprehensions one by one is how Karthik has gone about putting out potential fires.

His one piece of advice to wannabe entrepreneurs? “Be smart about how you go chasing your rainbows, and all will be reasonable.”