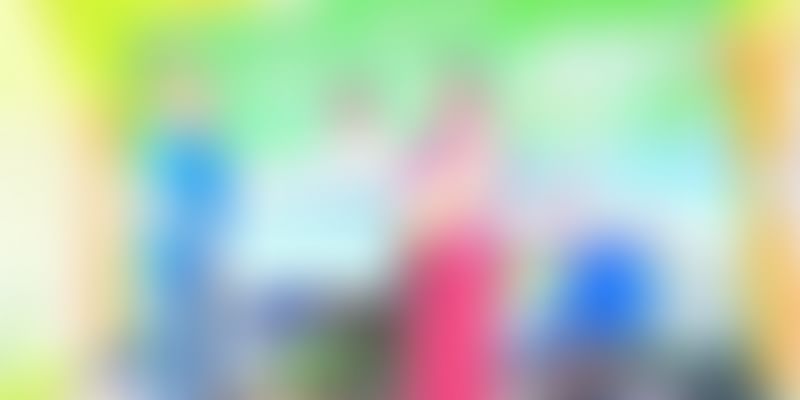 Nungthaang Tampak, a village in Churachandpur district of Manipur, is now 100 percent computer literate. It is the only village in the entire Northeast to have achieved this feat.

In keeping with the government's Digital India vision, an NGO called Mangaal Rural took up this initiative. On the final day of a computer course affiliated to All India Society for Electronic and Computer Technology (AISECT), 100 percent computer literacy was achieved.

Read More: Everything you wanted to know about PM’s Digital India programme

Surjit Singh Ningthoujam, Founder, Mangaal Rural, claims that he even convinced a 55-year-old man to join the course. Talking about the hardships he faced in getting everyone in the village to participate in the course, Surjit told The Better India,

"Asking a 54-year-old person to participate in a computer education programme is a difficult job. In Manipur, most of the people ask troubling questions like 'I am not going to apply for job, why should I learn to use a computer?' But ultimately it was all good. I can see the hunger in people to learn new things. Everybody in Nungthaang Tampak was willing to learn how to use a computer. Without their willingness, the training would not have been successful."

The NGO, founded in 2011 with the objective of lighting all rural households in Manipur with solar energy, also aims to extend its services to other states in the Northeast. The NGO stayed true to its slogan of 'fight against energy poverty' when Surjit distributed solar power equipment to households in these villages.

Nungthaang Tampak being in an extremely remote area, there was no organised wired internet access whatsoever. Surjit ensured that the trainers employed Wi-Fi connectors that in turn used mobile data. Surjit took the responsibility upon himself to make this feat possible, with zero help from the government. He contributed to the cause by donating four computers and used money from his own pocket for the expenses. The noble man plans on making the whole of rural Manipur 100 percent computer literate in the coming two years.