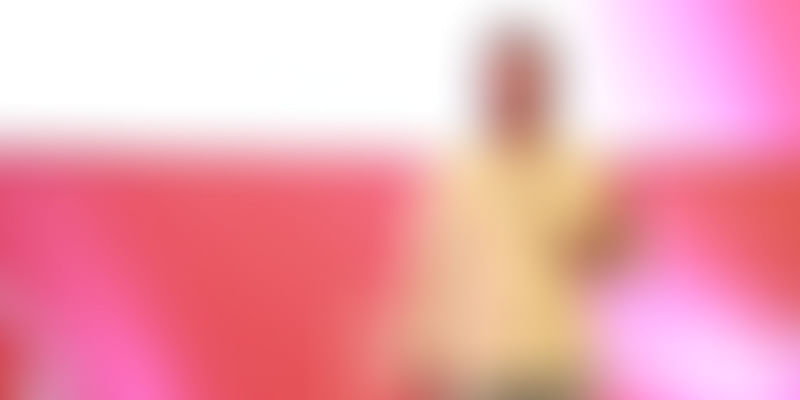 Modern technology has made it easier for companies to capture data points, feed them into algorithms, and then make Artificial Intelligence respond or perform tasks. The founders of NLPBots, which has been in this space for five years, shared insights on how companies can leverage data better for multiple purposes.

Taking the stage at YourStory’s TechSparks 2017, Animesh Samuel, Co-founder, Light Information Systems (parent company behind NLPBots), summarised the current state of the chatbot market with an analogy. He said,

Two men walk into a bar. A chatbot is bartending. One of them asks for a double shot of Jack Daniels and the other asks about Mary. Guess what? Both of them get drinks — a Jack Daniels and a Bloody Mary.

Sanjeev Nair, the other Co-founder, remarked that chatbots should be able to switch contexts and identify that Mary is a person in this case and give an appropriate response about her whereabouts rather than serving a Bloody Mary.

Despite these imperfections, Animesh believes that chatbots are still the need of the hour. There is no denying the fact that they are everywhere now. Animesh said, “It’s raining chatbots. Everyone is talking about them, because of the obvious benefits. Enterprises have huge cost savings. Chatbots don’t ask for raises and can give good customer experience in real-time at scale.”

Animesh posed a question to the audience, “Are chatbots really just an interface? Or can chatbots be part of a deeper AI strategy?”

He said that while chatbots can be pre-programmed to deliver certain responses, they also need to be able to continuously learn from the real-world data that is thrown at them in different forms:

While structured data collection is important, based on his experience, Animesh foresees a massive growth in unstructured data. He elaborated,

To get a better judge of the scale, 1 exabyte is equivalent to 10,00,000 terabytes of data. So, while capturing structured data is a low-hanging fruit, enterprises should ideally focus on capturing and gaining insights from unstructured data too.

A possible world war 3 will be fought with AI?

The United States, China, and India are the three countries leading the AI race, according to a CNN report. Elon Musk, CEO of Tesla and SpaceX, had recently tweeted that,

Competition for AI superiority at national level(will) most likely cause of WW3.

Vladimir Putin, PM of Russia, had said that AI can lead to colossal opportunities as well as dangers, “The nation that leads in AI will be the ruler of the world.”

Referring to this trend, Animesh remarked that the business and startup world is likely to see an AI war which will be a war of the algorithms. Better trained algorithms will be able to process a wide variety of data better and provide actionable insights to companies. He said, “There is a need to identify who your stakeholders are and what your enterprise needs in AI.”

Animesh then shared a real-world example of an automobile manufacturer that Light Information Systems works with. The automobile manufacturer had an interesting feature request — they wanted customer engagement to be sometimes led by the R&D department, in addition to customer support. The thought process behind this was that it would be beneficial for the R&D team to get real-time feedback from customers, gather the data, and gain insights from them.

Animesh noted that well-trained chatbots could help perform some of these tasks. Moving to another real-world challenge of hiring, Animesh said that chatbots could actually be deployed to help with hiring decisions. The bots could interact and do a basic screening of candidates and also rank resumes based on a selected criterion.

Animesh adds that for chatbots to be effective, they need to be available across different platforms that are comfortable for end users, and also be as conversational and interactive as possible.

He also commented that a lot of the data collected can be utilised for a wide variety of use cases and functions within a particular organisation. So, will AI-powered chatbots completely take away human jobs? Talking about the bigger picture, Animesh iterated,

“The goal is to transfer intelligence into machines but humans will need to be in the loop to make decisions… Next time you are hiring someone or being hired by a company, it is very likely that it will be AI on the other side, playing a key role.”

Challenges and the future of AI and chatbots

Talking about the overwhelming challenges in this space, Sanjeev remarked that since consumers interact with chatbots in different ways, there is a wide variety of use cases. There are also edge cases, which the chatbot may be dealing with for the first time, that could break the AI systems.

Sanjeev cited an example of how an AI-powered bot should ideally analyse synonyms — the bot should be able to comprehend context and meaning based on natural language processing and past experiences.

He observed that humans and machines also have to deal with constant change. “We have the challenge of dealing with real-time data that is constantly changing. But adapting to change will drive companies to be relevant in 2020 and beyond,” he said.

Talking about constant change, Sanjeev joked and commented that Light Information System has been in this domain for five years, initially NLP in NLPBots stood for neuro-linguistic programming and not natural language processing (which it stands for now).

Sanjeev believes that all startups and enterprises should have a strong AI driven strategy. He also said that it is no longer a matter of interactive interfaces alone, but of ‘communicative AI’. Once an AI system is set up, how it gets consumed by end users is an important aspect that one needs to consider and see. He added the companies don’t need to hire domain expertise from outside to set up workflow:

“You will have people within your company who understand the intricacies and process of workflow. You just need to have your business domain experts communicate with interaction design experts who can create user journeys across different functions. That is when you have a strong strategy driven model.”