Open Data Movement and its impact on the world 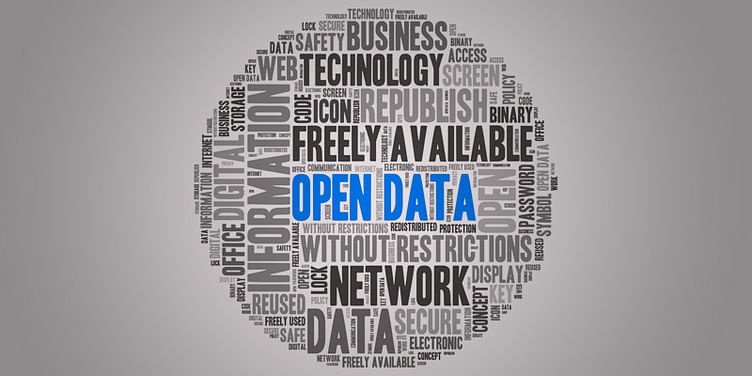 Access to more data can change individuals and societies for better.

Imagine a scenario where you are a researcher working on a government salary (tax payer rupees) directly or indirectly. The tax payers of the country through the government enable and fund your research. You carry out your experiments, collect data, measure the viability of your hypothesis and publish the results. You submit your work to journals and conferences. All this research, data, findings at the end of this process are owned and sold by a publishing company. These companies own such repositories of knowledge. We live in a world where corporations make a profit of a product where the raw input has largely been paid by the tax payers.

A reality that we have to live with is that major sources of data and knowledge are controlled by companies that have an incentive to maintain the exclusivity of the data. A similar example in a different area is of government produced data, collected and collated using public funds. This data in all fairness belongs in the public domain.

The good news is that, Open data movements across the world focus on improving data and metadata accessibility and overall quality in support of research, policy making, and transparency.

What is open data?

A quick Wikipedia search throws up the following definition of open data. “Open data is the idea that some data should be freely available to everyone to use and republish as they wish, without restrictions from copyright, patents or other mechanisms of control.” This idea of open data where governments, organizations, and institutions give complete access to data is not very new but its effects and the appreciation of the power certainly is.

If made publicly available in an organized, well-documented and timely manner, it can cater great socio-economic value and help individuals and communities take better decisions. Data and tools to access and interpret them can lead to innovations that governments can never imagine.

So how exactly would open data help? Sample this, Burkina Faso, a small country in Western Africa headed to polls for the first free election in 30 years. Open data repositories hosted on websites and mobile apps helped the people of Burkina Faso, both to decide the right candidate and get an early signal of who was winning the elections. With a country having less democratic experience, lack of transparency can lead to spread of rumors and tensions in no time. The open data initiative became a solid source of unbiased information that people could count on.

Another example, quoting a report from The Center for Open Data Enterprise, "Serbia, key medical datasets were identified and subsequently opened following an OD4B (open data for business) engagement. This now allows pharmaceuticals and wholesalers to help track the ingredients of various drugs and fight counterfeit products in real-time."

Data as a public utility

Data can and should be seen as a public utility such as electricity and the internet, something that can be leveraged by enterprises, individuals for various purposes including commercial ones. The eventual aim of open data movements is to make data that is produced by using public resources accessible to the public, free of cost.

Governments and other institutions around the world follow practices that make it difficult to access data. Whether it is storing data in formats that are hard to access or putting a pay wall in place. If you could access lists of absconders, convicts, and criminals, every time you make a deal or make financial payments you could know if the person/organization you are dealing with is rogue or not. Data gathered by courts, state governments and investigation authorities could be collated and put in an accessible manner.

Passport verifications could be carried against a criminal database rather than personal visits which often delay such processes. Thus, there is enough incentive to openly share data between government departments and with the public.

Open data is a global movement. Sixteen countries (and 28 states and cities) have also adopted the International Open Data Charter, which goes further by calling for making government data open in digital formats by default and for investing in the creation of a culture of openness. Over 491 partners, government and non-government, have signed the Global Open Data for Agriculture and Nutrition statement supporting “proactive sharing of open data to make information about agriculture and nutrition available, accessible and usable to deal with the urgent challenge of ensuring world food security.”

The National Data Sharing and Accessibility Policy applies to all data and information created, generated, collected and archived using public funds provided by Government of India directly or through authorized agencies by various ministries, departments, organisations, agencies and autonomous bodies. Currently, 106 government departments and agencies have contributed more than 118,000 resources across segments. One of the great features of this setting in India is that any citizen can request for a dataset and the ministry has to fulfill the requirement in 100 days.

However, the opportunities are not fully tapped. The infrastructure and the pipeline need to improve dramatically to reap benefits of open data. The government can clearly do more by simplifying data formats on the portal and encourage more departments and ministries to abide by policies.

Open data and the future of internet

The web today is slowly moving from documents based technology to data based technology. The URLs yesterday which represented documents now are also enabled to represent places, events, products, and people. Now a user can use the web to access datathat is represented in a tabular, structured format. When you have a lot of data (think big data) and it is inter-connected, it gives rise to more and more complex solutions.

Imagine a wealth of data that is:

Big - there is lots of it

Open - anybody can access for commercial and non-commercial purposes

We need to tell more stories, for that there is an urgent need to urge our communities and governments to open up more and more of data. “It is moving from the tyranny of the expert to the wisdom of the crowd.” Emer Coleman, of the Government Digital Service on the cultural difficulties that public servants encounter in moving to open data.

[OD4D – A program and network working to advance open data innovation around the world](http://od4d.net/)