Blinded, poisoned, and suffocated: how pesticides are destroying our farmers 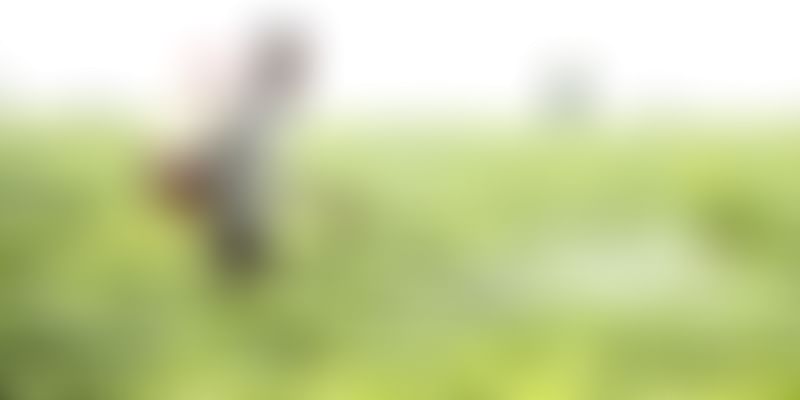 Pesticide poisoning is the least reported cause for farm fatalities.

Sometime in the mid-1980s, the Pesticides Association of India took me on a field trip. Taking me around the crop fields, they showed me the protective gear that the pesticides industry was providing to farm workers engaged in spraying of pesticides. It was reassuring to see farm workers spraying the crop dressed in protective clothing – hand gloves, face mask, a cap and in gumboots.

Nearly 40 years later, I was shocked to read a news report of 50 farm workers succumbing to suspected pesticides poisoning and another 800 admitted to various hospitals in Maharashtra. About 25 lost their eyesight, and an equal number are on life support. After activists highlighted the tragedy, the Maharashtra government has belatedly launched an inquiry. It has also announced an ex-gratia grant of Rs 2 lakh to the nearest kin of the deceased.

It is obvious that not much has changed in the past 40 years. Why blame only Maharashtra, it is the same elsewhere too. Because human lives don’t matter, and especially when it adversely affects the poorest of the poor, often leading to fatalities or permanent disabilities, the society is not even remotely bothered. If only the pesticides industry, state agricultural department officials and the farmers had collectively launched an awareness campaign as well as made it necessary for the workers to wear the protective gear before undertaking pesticide prays, the Maharashtra tragedy could have been avoided.

The Maharashtra tragedy primarily occurred because the Bt cotton crop had failed to resist the dreaded bollworms pests for a couple of years now as a result of which farmers resorted to sprays of deadly cocktails to curb the insect menace.

Pesticides are poison. Regardless of what the ‘Lethal Dose 50’ (LD50) level that is printed on the pesticide containers, the fact remains that the chemicals are nothing but lethal poison. These have to be therefore used with utmost caution. But when was the last time that you watched a pesticide spray being used by farm labourers wearing a face mask?

Forget about wearing a mask, I haven’t even seen workers wearing hand gloves during sprays. If you think I am being unfair, just stop your vehicle and watch the next time you see a farm worker spraying in the crop fields along the highways.

It is here that the farmer too is at fault. Since the sprays are invariably done by daily wage workers, very few farmers ensure that the labourers take precaution.

They push the labourers to complete the job as quickly as possible, and are least bothered about the safety and health of the workers. The pesticide residues that seep into the body take time to show the harmful impact, and by that time the labourer has finished the job, taken his money and gone. Most of the time, pesticide poisoning is not even considered as a possible cause when these labourers have to be taken to the hospital.

In reality, pesticide poisoning is the least reported cause for farm fatalities.

Pesticide sprays must be undertaken during the early hours in the morning or late in the evening. Pesticides rules prescribe this precaution but it is rarely followed. For example, the ideal time for undertaking pesticides sprays is between six and eight in the morning or after six in the evening, depending upon the season. The reason is simple. First, there is a lesser possibility of strong winds in the mornings, and also with the rise in temperature, the chemical becomes more toxic. But since labour is not available in the earthly hours, spraying operations are invariably conducted in the afternoon. A preliminary investigation has shown that farm workers were made to undertake sprays for eight to 10 hours at a stretch in Maharashtra.

Pesticide spraying has to be done when the wind is flowing in the same direction in which the worker is moving. This will ensure that the worker is relatively less exposed to the chemical. Again, I haven’t seen this being followed. Whatever be the wind direction, a farmer is always in a hurry to get the spraying completed. Still worse, I have seen farmers, mostly migrant workers from Nepal and the Northeast, conducting as many as 15-20 sprays on tomato crops in certain parts of Uttarakhand. When I asked the reason, I was told by the farmers that it was essential because of the market demand.

Pesticide companies do provide hand gloves in the packs. It should be made mandatory for the companies to provide not only hand gloves but also a cap and protected face mask in every package. Farmers should be directed to purchase gum boots for the labourers, and it should be the responsibility of agricultural officials’ to ensure that every farmer keeps a few pairs of gum boots at his farm. Pesticide companies and agricultural departments should be directed to jointly organise training camps every fortnight on the use and application of harmful pesticides.

Agricultural universities too have an important role to play. In fact, since the approvals are granted after the universities give the nod; the number of precautionary steps to be taken should also be spelled out in the approval process itself. If the company fails to adhere to commitments, there should be a provision of withdrawal of marketing rights. Make it mandatory for the companies to ensure that anyone who is using the chemicals knows the precautionary steps to be taken.

At the same time, agricultural scientists must now shift the focus to crops which require less or no application of chemical pesticides. For example, the International Rice Research Institute (IRRI) in the Philippines, considered to be a Mecca for rice research, has established that “pesticides on rice was a waste of time and effort in Asia” and has gone on to suggest that farmers in the Central Luzon province of the Philippines, in Vietnam, in Bangladesh and in India have shown that a higher productivity can be achieved without using chemical pesticides. But still, I find that close to 45 pesticides are sprayed on the rice crop. Why haven’t agricultural universities been able to recommend the complete stop on the use of chemical pesticides on rice defies any and every scientific logic?

This article, authored by Devinder Sharma, was published earlier on Ground Reality.