The cluttered lives of those who keep Bengaluru clean and green 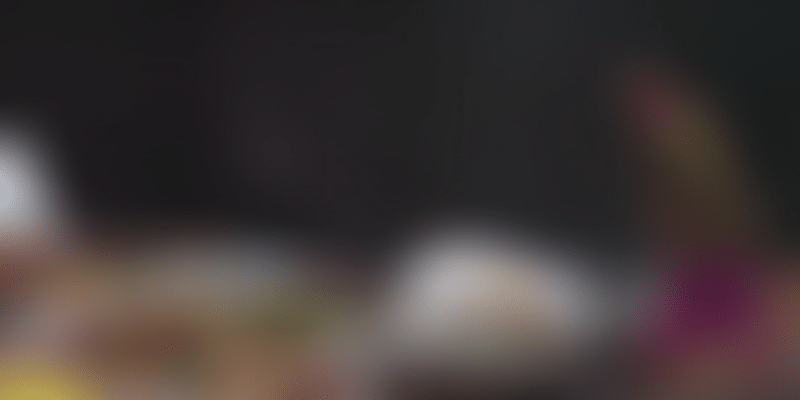 Payment delays, lack of proper safety gear and no sick leave remain the most common complaints of Bengaluru’s Pourakarmikas. Their fair demands so far remain unaddressed.

Pourakarmikas, (civic workers) who sweep our streets and pick up garbage from our neighborhoods are indispensable to the functioning of a megacity like Bengaluru that produces around 3,000-4,000 tonnes of solid waste every day.

Often called the ‘green army’ of the city, Pourakarmikas work every day round the year without any specified government leaves. Their cleaning work begins at 6:30 in the morning and stretches till 2PM with just a brief breakfast break.

A monthly review meeting organised by All India Central Council of Trade Unions (AICCTU) in the Kengeri ward has already irked Pourakarmikas waiting on a sultry Wednesday noon. It happens to be one of their only two half-days where they wrap up work by 10am.

Fifty-four-year-old Shankaramma has been working as a contract- based Pourakarmika for more than 20 years now. And it is not the first time that her salary has been withheld for over months.

I’m due to receive three months’ salary and every time I demand my pay, I get the same reply - the bills are yet to be done, she complains.

It’s the same for almost all the contract Pourakarmikas working within the Kengeri ward limits.

BBMP clueless about the exact number of Pourakarmikas

Pourakarmikas, who form the crux of the city’s waste management system work hard to keep the silicon city clean and green. More than half of them are hired on contract basis and function under designated supervisors in specific areas across the city. In an attempt to locate fake profiles, Bruhat Bengaluru Mahanagara Palike (BBMP) conducted a detailed audit of Pourakarmikas registered on its payrolls, earlier this year. The audit numbers (15,000) did not match the earlier said numbers of 32,000, suggesting a scam by contractors who list ghost profiles to claim larger payments.

A third party verification which was supposed to look into the alleged scam was also withheld by BBMP with no reasons cited. This suggests that the city’s civic body is least interested in knowing the exact number of Pourakarmikas who work tirelessly, despite erratic salaries.

Repeated protests and the pleas of Pourakarmikas have fallen on deaf ears with little or no response from snobbish contractors and BBMP officials. When Nagalakshmi of Kengeri ward went to demand her pending arrears from a top BBMP official in Rajarajeshwari Nagar, she received nothing but sarcastic replies.

You people are so now advanced that you know things like provident funds and arrears. I myself do not know what they are all about, came the inconsiderate response.

The contractual nature of jobs leave many Pourakarmikas vulnerable, with no organised platforms to address their concerns. This is where organisations like AICCTU are trying to help. Nirmala, who is heading the meeting on behalf of AICCTU knows Pourakarmika issues first hand.

Most of them belong to backward classes and have been involved in this work for more than two decades. In fact they know no other job than this. Hence, they often don’t raise their voice against payment delays because of the fear of getting fired, she explains.

Throughout the meeting, Nirmala urges over 50 Pourakarmikas to stand united in their fight to demand rightful pay. She also acquaints them about the latest move by BBMP to deploy biometric machines which would aid better counting of the workers. “Often we need to teach them how to use their ESI cards to avail subsidised medical services,” she adds.

“Delayed salaries are not the only issue, they (BBMP) do not even provide us with basic safety gear like gloves and masks. The ones they rarely provide tear off within a week. Sometimes, we have to buy our own brooms, which cost us around 80-100 rupees which we pay from our own pocket,” shares Nagalakshmi.

Every day there is a roll call where they take attendance. There is no concept of sick leave either, if we miss work, we face pay cuts, says Onkaramma, who has been sweeping the streets of Kengeri for the past eleven years.

Body pain, malaria, dengue and chikungunya are the prevalent illnesses among many Pourakarmika women. Though many are equipped with Yeshaswini cards and are eligible for free services from ESI hospitals, they prefer to go to private hospitals instead. “ESI people just give you a bunch of tablets without even examining you,” shares sixty-year-old Anjanamma who spent over Rs 50,000 for dengue treatment at a private hospital recently.

Bengaluru’s incessant rains are often nightmarish for Pourakarmikas who find it difficult to handle damp waste. “Sweeping the roads after festivals is back breaking work due to the sheer amount of garbage on the roads,” says Venkatamma.

The attitude of a few Bengalureans is also disappointing when it comes to waste segregation, according to Kamalamma who has been working as a Pourakarmika for 25 years.

They get angry when we insist that they segregate dry and wet waste before handing it over. They remind us it’s our job and abuse us at times, she says.

Several Pourakarmikas are also unhappy with the recent changes in pay structure. Most senior Pourakarmika women in the Kengeri ward are now eligible for a monthly pay of Rs. 14,753, which is also same for new joinees who lack experience. “I began work as a Pourakarmika for a meagre salary of 1100 rupees 23 years ago. It’s unfair that the beginners who are much younger are earning the same,” Kamalamma protests.

Supervising Pourakarmikas is no easy task

Gopal worked as a Pourakarmika for 13 years before being promoted to the role of a supervisor at the Kengeri ward. “It’s a different reality on the ground. If we are too strict with Pourakarmikas, they hate us for being dominating and if we are lenient, the contractors reprimand us,” he explains.

“I respect the hard work that Pourakarmikas put in every day. There are many seniors in my team who know nothing else apart from this job. They are heavily dependent on their earnings and that’s how they continue working despite non-payment of salaries for several months,” he adds.

Our supervisor forced us to sign on blank papers recently threatening to fire us if didn’t. He even abused us when we questioned the purpose. Some of my co-workers have also submitted their Aadhar cards to the supervisor because he demanded it, shares a helpless Gayathri.

They keep going because they have no choice

It’s often lack of information or fear of losing their jobs that discourage Pourakarmikas to raise their voice against injustice. “Everybody has an issue if we cease work for a single day protesting for our dues. But nobody takes our issues seriously despite the inevitability of the work we do. I bet the contractors who we work under aren’t even aware of our problems and concerns,” says Nagalakshmi.

Many like Gangamma have also waited long for their jobs to be regularised.

Permanent workers with the BBMP have access to better benefits like housing and increments. We have none. I joined work as a newly married woman, now I have grandchildren and still my job is not permanent, she laments.

“There is just one difference between garbage and Pourakarmikas, garbage decomposes but we keep going no matter what,” concludes supervisor Gopal, echoing the pitiful state of affairs under which Pourakarmikas strive to keep our localities clean and hygienic.