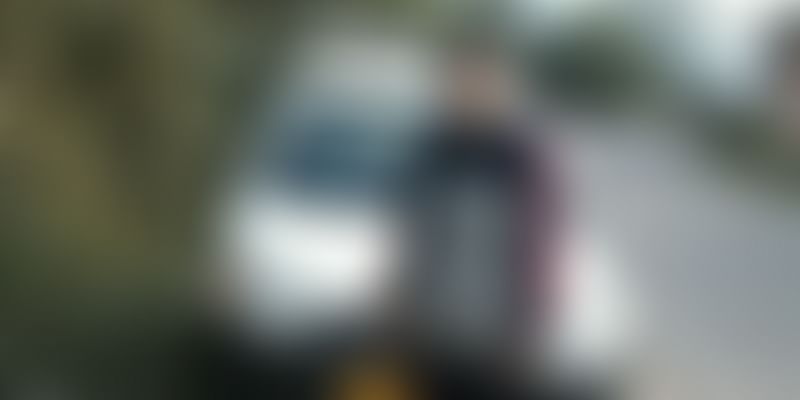 Raveena Thakur became Himachal Pradesh's first female taxi driver after earning a commercial licence this year. With a dream of joining the Army one day, this girl from Manali has taken up this occupation to manage household expenses.

Raveena’s father, who was also a taxi driver, taught her how to drive. After his death three years ago, the taxi had been lying idle at the house. When the family's financial situation became somewhat dire, Raveena started working towards getting a commercial licence.

Raveena expresses that once she completes her graduation, she will start preparing for the Army.

Although Raveena took up this job to help out her mother, whose tea stall was demolished in the process of road widening, she says she is enjoying the experience.

However, the decision was not supported by most of her relatives and society. She was pressurised not to take up a job which is considered to be meant for men. She says there were many who had negative things to say when her father was teaching her to drive a taxi, even though she hadn't thought of it as a source of income at the time. Despite the backlash, she made the decision when her family needed her support.

Raveena feels not only does this job help her finances but also gives her exposure, developing her personality. This profession has also helped build her confidence and she has become braver.

She took admission in a BA course through Indira Gandhi National Open University (IGNOU) and is presently in her third year. Her younger sister Sejal is in the 12th standard and younger brother Harsh in the eighth. She has also started building her own house in her village using the money she has earned.

Despite the constant negativity surrounding her decision, Raveena firmly held her ground to go ahead with what she thought was right because she understood that it was the support of her family, and not the unwarranted criticism, that would help with the finances.