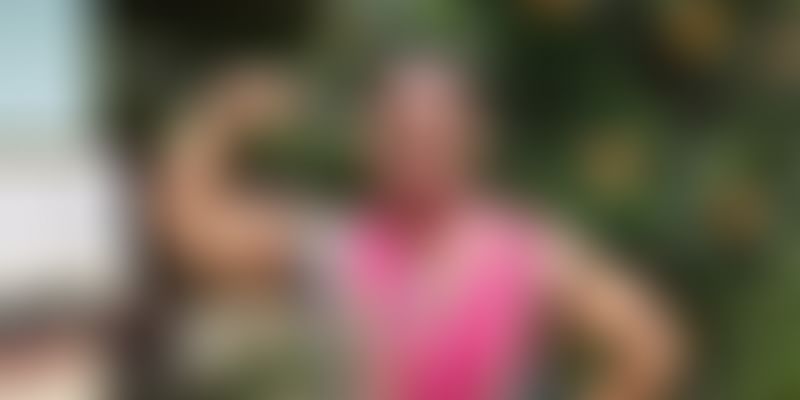 A mother of two, 30-year-old Thingbaijam Sarita Devi is the country’s first woman to win the National Bodybuilding Championship for three consecutive years. She has also made the country proud by excelling consistently in international competitions. What is even more commendable is achieving this feat in a sport women still hesitate to be a part of.

Despite the enthusiastic participation seen in the ‘Fitness Model’ category of the bodybuilding championship, the number of women participating in this sport is still low. However, Sarita disproves all the gender stereotypes associated with women, including the traditional idea of 'feminine' beauty.

Hailing from Manipur, Sarita was born on February 1, 1986. Sports is an integral part of Manipur, which is evident from the sporting activities that take place during the festival of Holi. Sarita’s family encouraged her to participate in the sporting events and motivated her further after realising her potential in bodybuilding.

Though she was doing well, she never really considered it as a professional choice until she got married. Sarita’s husband Bhogirot Thingbaiyam was a martial artist at the time and had also won bronze in the national championship. However, this was the last time he participated in any competition.

Sarita married Bhogirot when she was only 18 and had two children with him. She began facing health issues after giving birth which soon started getting worse. She then thought of taking up a sport to improve her health.

Bhogirot, who saw a potential for bodybuilding in Sarita, suggested she take it up. She began training under his guidance, and several trainers were so impressed with her progress that they encouraged her to take part in a bodybuilding competition.

After receiving encouragement from her trainers, husband, and in-laws, Sarita participated in a state-level competition where she even won the silver medal.

She has won a series of titles, one after the other, in the past few years.

In 2014, she decided to participate in competitions at the national and international levels. Sarita represented India at the Asian Championship held in Macau, China, in 2014, and ranked fifth. When India hosted the World Championship for the first time, she ranked fifth yet again.

In the Satish Sugar Classic National Competition held in Bengaluru in 2015, she won the title of ‘Champion’, and in the same year won silver at the 49th Asian Bodybuilding Championship hosted by Uzbekistan. She also won bronze at the 2016 World Championship held in Bangkok and gold at the National Championship.

With the rising awareness and interest of many women in this sport, Sarita Devi’s achievements come as an inspiration.