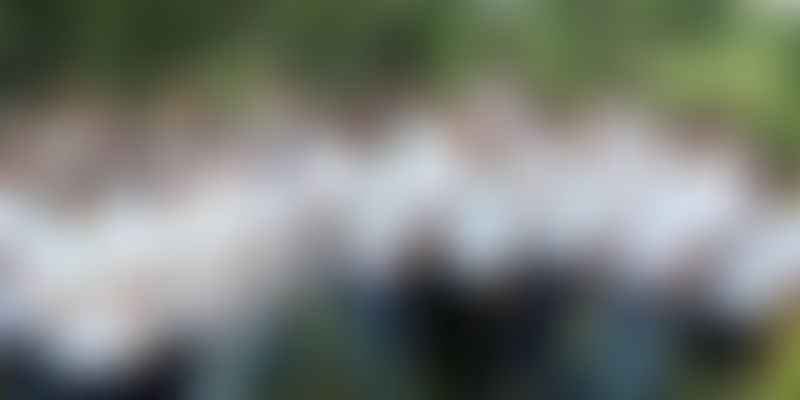 India is primarily an agrarian economy where the agriculture is highly dependent on rains. That’s why the choice of agri inputs plays an important role in the final produce of any farmer. Unfortunately, in most cases farmers don’t consider bio-based agri inputs and end up using harmful chemicals, which do not help the overall health and life of the soil and the quality of the crop.

This is why 48-year-old Santosh Nair, who has earlier worked with various banks and was the chief executive of Camson Bio, a listed biotech company, decided to start Miklens Bio. This agritech startup offers bio-based agri inputs that aid alternative, chemical-free farming.

The beginning of Miklens Bio

Explaining why he decided to start up in the agricultural space, Santosh says, “I have been a banker all my life, yet I always had a soft corner for agriculture. One important thing which compelled me to set up Miklens Bio was the power of microbes. I decided to harness this power to introduce revolutionary, clean technology-based products. This technology is the core of our product development known as Agri-Microbial Technology (AMT).”

Santosh soon roped in Dr Nisha MM, who has been instrumental in shaping the AMT, the basis of Miklens Bio’s product development and research. She has been successful in identifying more than 20 new microbial strains.

Miklens Bio’s research has been focussed on microbes, tiny microscopic organisms found in soil, water and air along with potent exotic plant extracts.

“We wish to reduce the dependency of farmers on chemical/synthetic inputs. Our products contain microbial/plant extracts which kill the target pathogen in unique ways and do not harm beneficial micro-organisms in the soil,” Santosh adds.

The product categories include plant growth regulators, plant protection, bio-fertilisers and bio-pesticides. The team claims that their products help increase the productivity of farmers by increasing their yields by 12 to 15 percent.

Setting up the manufacturing base

In December last year, one of their patented products, Microbial NPK fertiliser, was field tested and accepted in the US and Canada.

During the initial stages of the setup, Santosh says the team was in the situation they term as - “WOW and HOW”. The setting up required machinery as the research infrastructure is the most important aspect for any technology-driven company. He adds that they have managed that quite well with “understanding among ourselves and patience”.

“We started to ally with new associates to begin with our operations. We approached them with our technology-backed products; they were amazed as the results were fascinating, in fact better than chemical counterparts,” Santosh says.

The team managed to fulfil domestic and international orders. Santosh adds that they sent two shipments of their “revolutionary Microbial NPK (MikNaturals) to Canada and the US markets”.

“We did anticipate scaling up our production capacity to 10 lakh litres annually post the inauguration of our new facility on our first anniversary. The machinery has been revamped to cater to huge production requirement,” Santosh says.

Agriculture still accounts for 22 percent of India’s GDP. According to an IBEF report, several players have invested in the agricultural sector in India, mainly driven by the government’s initiatives and schemes.

Agritech startups like Truce and CropIn have raised funds from Ankur Capital while Agrostar has received funding from Aavishkar. There is also BigHaat, an agritech e-commerce company, and Accel-backed Ninjacart.

The Miklens Bio team claims to have generated revenue of Rs 2.5 crore in the first year of operations. They also claim to have distribution tie-ups across the country with around 56 marquee players. The agritech startup has also established global partnerships with key associates in Canada, the US and Mauritius.

“Miklens Bio wishes to become an eminent name in the agriculture industry in the bio agri input domain. We are working towards revolutionising the agriculture landscape as we have a personal agenda of ‘Swachh Kheti Abhiyaan’,” Santosh ends.