Three 17-year-olds, two causes, one goal — to change India starting from the bottom 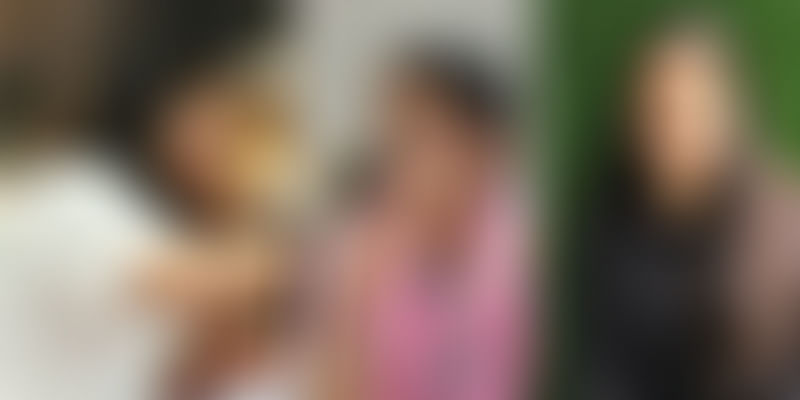 Being raised in the privileged upper class, one’s experience of India is diametrically opposed to that of someone brought up in the temporary hutments just around the corner of their own high-rise. But if you happen to wander into that other side at an age when you have no baggage, and are yet to be desensitised by repeated exposure to social problems… you’re jolted out of your inaction.

And how about someone who has spent their lives in this bleak world, been moulded by it? They may have been raised in abject poverty, with outdated customs and regressive values; but as children, they are not yet disillusioned by the system, and would choose to take the leap as well.

Either way, it is clear that children, with their unsullied worldview and earnest appeal, are not at the bottom of the chain when it comes to being catalysts for change.

Noor Takkar, Siya Malhotra and Soulya Banu are three such torchbearers who did not wish to wait until they were older to start crucial conversations.

While Noor and Siya founded My Vote My Voice (MVMV) — which deals with the social empowerment of domestic migrant workers through political inclusion in Delhi NCR, Soulya works as a trainer for Apnalaya’s WASH initiative that focuses on spreading awareness about the importance of sanitation and hygiene in Mumbai’s Govandi slum area.

My Vote, My Voice

For Noor, a Class XII student of Delhi’s British School, the moment of reckoning came when she encountered malnourished children, wailing babies, and congested households in North Delhi. “During my conversations with people there, I learnt that government officials for decades had favoured their political careers over the interests of the people, resulting in widespread and systemic inequality. This made me realise that the system is broken, and the only way to fix it is to help these families exercise the most fundamental political right – the right to vote,” she tells YourStory. Upon further prodding, she realised that a lot of them were not registered voters, or were domestic migrants, and therefore only registered to vote in their native state. In some cases, even after twenty or thirty years in Delhi, they remained foreigners at home. This is what she wanted to solve.

While compiling her secondary research, she decided to get a partner on board and picked Siya Malhotra from her batch, because Siya had taught students from slums and was passionate about social justice.

The project aims to facilitate voter registration by supporting domestic migrants in obtaining new Voter IDs at their place of work.

The model of MVMV is to identify clusters of domestic migrant workers mainly residing in slums, village areas or EWS colonies, and conduct a voter-registration drive. “Our own domestic staff contacts, or the people and organisations we are in touch with every day, provide the leads,” Noor explains.

So, have the two teenagers, who are not eligible to vote themselves, been successful in coaxing others to do so?

Yes, indeed. Their very first voter-registration drive was held at the Kundli factory in Delhi-NCR in February this year, wherein a total of 54 migrant workers attended the presentation and participated in the survey, and 48 persons showed interest in registering as voters at their place of work. However, convincing people to take half a day off and basically forgo the day’s wages in order to go to the ERO office for the submission and verification of documents was challenging. “It took a fair amount of persuasion,” says Siya.

MVMV takes administrative support from the NGO Bhai Sahib Ditta Mal & Sons charitable trust. It is, in fact, a sub section of the trust now. On April 23, 2017, five out of eight registered voters who had received their voter IDs, voted in the Delhi Municipal Corporation election – but this was not devoid of drama. These voters were not on the voting list because they had received their IDs only a few weeks before the election. The MVMV team tracked down the main organisers and went to the computer booth, through which they were eventually able to get tickets for the voters. “It was an exhausting process, but the pride and the smile all five of them had after voting made the entire effort successful,” says Noor.

The second voter-registration drive at AktivOrtho – where Noor receives her fitness training – saw 85 attendees. Their third voter -registration drive, held at the National Association for the Blind (NAB), R K Puram, New Delhi (where their entire presentation was converted to Braille) saw 15 visually impaired students filling out the voter registration form. So far, they have had to raise approximately Rs 51,000 in order to meet the expenses of the three drives.

While Noor and Siya were outsiders who used their privilege for social good, for Soulya, the quality of her own life depended on the work she did with the Wash4Life campaign.

Taking matters into her own hands

Soulya Banu, a 16-year-old resident of the Govandi slums, first attended a two-day workshop on WASH conducted by a local Mumbai NGO, Apnalaya, three years ago. Since then, her own life and that of everyone around her, changed forever. They were doing a project on maternal and child health nutrition when they felt the dire need to look towards sanitation and hygiene in the area. “Shivaji Nagar is located right next to the dumping ground (which in itself requires to be regulated to control the pollutants it releases). We work with children of the age group of 0-18 years. Those who are between the age of 7 and 10, and 11 and 18, are taken through a series of sessions on personal and environmental hygiene. These children in turn conduct sessions with their peers on the same aspects that extend to health, nutrition, gender, and sexual and reproductive health and rights,” says Ninad, the project head at Apnalaya.

The activities conducted under the initiative are street plays, rallies, celebration of important days such as the world water day, group workshops and platforms where participants can interact with the government stakeholders directly involved in solid waste management. Soulya, at first, was a beneficiary of the programme and also one of the awardees of their sponsorship scheme for children’s education. She was then introduced to the health workers who conducted frequent sessions on health and nutrition, and started attending those sessions regularly.

“The menstruation seminar conducted in my school was very brief and hurried, because even teachers are awkward talking about it. And I always disapproved of the rituals around menstruation that women have to follow – like not entering the kitchen,” Soulya tells us.

“She was a quick learner and got very regular at these sessions. We trained her to conduct sessions on WASH, sexual reproductive health, and nutrition with other peers. She is also now a Ashoka youth venture, for which she travels to Bangalore,” says Ninad.

She learned acting techniques through the consultants Hired by Apnalaya to prepare street plays. “I kept coming back because I was interested in the new things I learnt from each session. I told the health workers how much I liked the sessions, and within few months, I did a radio workshop and an interview about it on Red FM. This got me even more interested and I knew I wanted to work for my community,” says Soulya.

Soulya also conducts group meetings, street plays and rallies in her community. She does it every week, whenever she gets any time off from school. “So, some of the girls did not open up so easily about their health issues, but after I began sessions with them, they started to share stories freely,” she says.

At first, her father was utterly disapproving of her championing such a stigmatised subject, but seeing the increasing love and respect she had started to earn from her community, and especially after she received the “Savitribai Phule Award”, he came around. “He was shocked to find that my work was so recognised, and soon changed his perspective. People started talking about my award and he was really happy and proud that I was his daughter,” she says.

Collaborating with other advocacy groups in the community of course, Apnalaya built a community-level block toilet for Mumbai’s Indira Naga area. This also helped them garner endorsement and funding from the local corporator in October They have now instated Dattak Vasti Yojana, which are smaller groups activated through the government network, to keep up the good work.