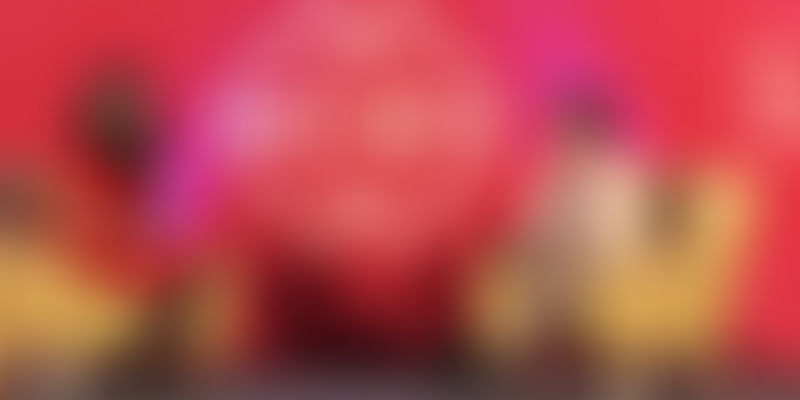 During YourStory’s TechSparks 2017, Varsha Tagare, Managing Director, Qualcomm Ventures India, shared how the company invests in Indian startups and the trends she has seen in the Indian startup ecosystem.

With a $150 million India-focused fund, Qualcomm Ventures invests in startups across multiple categories and during different stages of the startup lifecycle. But the firm has a keen interest in frontier technologies. During her fireside chat with Shradha Sharma, CEO and Chief Editor of YourStory, at TechSparks 2017, Varsha gave the audience an overview of Qualcomm’s investment thesis and some learnings and trends from their decade-long journey in India. Here are some of the highlights.

With offices in Bengaluru and Mumbai, Qualcomm Ventures India invests in multiple stages of the startup lifecycle. They currently have three main channels through which they invest in startups:

Varsha shared, “For seed-stage companies, we host QPrize every 18 months.”

QPrize is Qualcomm Ventures’ seed investment competition where entrepreneurs in countries or regions that include Australia, China, Europe, India, Israel, Korea, Latin America, and North America are eligible to apply and participate. Qualcomm awards one finalist from each region up to $250,000 as seed funding in convertible note financing. YourStory has worked with Qualcomm Ventures for multiple editions of this competition.

QDIP aims to build a core design, technological, and innovation hub in India. As part of Qualcomm’s commitment to PM Narendra Modi’s vision of transforming India into a digitally empowered society, the challenge offers approximately $500,000 in total rewards. The companies also have access to Qualcomm’s innovation labs in Bengaluru and Hyderabad along with engineering and technical support. ‘Qualcomm Design in India II’ will extend an opportunity to 14 startups across the two incubation cycles.

Talking about Qualcomm Ventures’ investment strategy, Varsha noted that it hasn’t really changed in the decade the company has been active in India. Qualcomm’s goal is to invest in tech-focused startups in one of these focus areas or sectors:

Frontier tech startups are surely one of the places with potential for growth in the future. We don’t look at IoT as a sector as it generally goes across all of them.

The IoT opportunity in India

Talking about the IoT landscape in India, Varsha observed that we need technology that can respond in real time and be reliable. Citing examples of some of Qualcomm’s portfolio companies that have worked, she spoke about how Ridlr, a local transport app that provides live traffic alerts and booking solutions, has scaled well and currently processes about 50,000 tickets a day. She shared,

“What Ridlr allows you to do is give people who travel on BMTC buses the ability to buy their tickets online. The bus conductor is able to issue a ticket in five seconds, while tickets are generally available on the metro lines within one second.”

She then spoke about their other portfolio company, TONBO Imaging, which leverages industrial IoT solutions to provide night-vision cameras for enterprises and the Indian military. Varsha summarised,

“So, we consider IoT not as a horizontal but as a vertical. Startups need to figure out business cases where it (IoT) works for them.”

Observations from the Indian market

There are a lot of companies that provide software services and are also strong in technology solutions. Varsha noted that it is difficult to compare the Indian startup ecosystem to other geographies but just comparing where we are now versus the situation 10 years ago is encouraging.

“The consumer market in India has happened! Nobody is questioning anymore. Initially, we had to do seed-stage contests for early-stage mobile companies. Fast-forward to the present (2017) and technologies like mobile and IoT are everywhere. The quality of entrepreneurs has also significantly gone up.”

The rapid adoption of mobile devices and presence of e-commerce players have helped Indian consumers become more comfortable about transacting online. Varsha noted that different companies use their own strategies to reach out to the consumer to earn revenue but a ‘mobile-first strategy’ seems to be the numero uno choice. She said,

“Adoption of mobile phones as a business channel has really happened thanks to different mobile carriers who have made enterprise sales happen.”

While India, an Android-heavy market, lags behind globally in terms of transactions on Google Play, Director for Business Development, Purnima Kochikar, had told TOI at Google’s App Excellence Summit that the situation has improved. "Consumer spending on apps has grown 3x in India over the past year. There is a real market here. Monetisation is just beginning in India," she said.

Consumers are now more willing to pay online. Varsha also noted that Indians generally save up and shop heavily during festive seasons. Talking about some other general trends she has seen, Varsha said,

“Seeing a lot of meaningful enterprise companies come out of India — Capillary and Mindtickle are doing well. Then there are also companies like Freshdesk doing well in India and abroad…. I think B2B is here to stay and adoption is going to grow.”

Varsha has 20 years of operating and venture capital experience in Silicon Valley and India. Prior to her current role at Qualcomm Ventures, Varsha was at Intel Capital, investing in US and Indian companies. Based on all her interactions with Indian and global entrepreneurs, she believes that Indian entrepreneurs are really smart and also very well informed about what is happening globally. She noted,

“Initially, India used to lag behind when it came to frontier technology. But that is changing now and India is catching up. We are seeing a lot of interest and activity in new-age technologies. Technologies like AI and machine learning are relatively new, so it is difficult to make them platforms. But we have to take them and apply in the context of a business.”

(Disclaimer: Qualcomm Ventures is one of the investors in YourStory)