Viji Hari, CEO of KelpHR talks about what transpires Behind Closed Cubicles 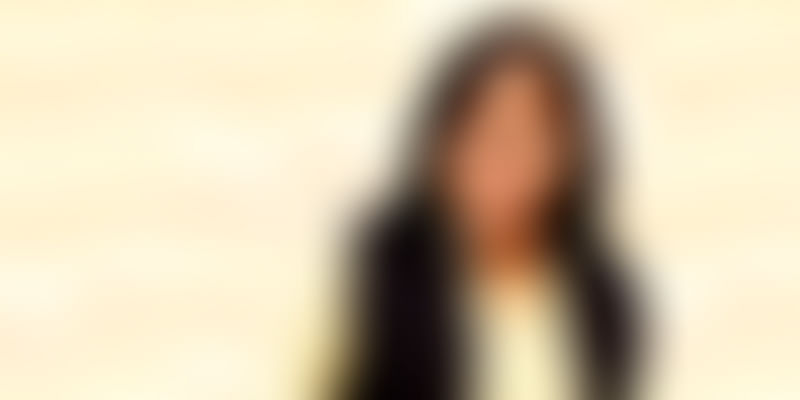 Viji Hari is the CEO of KelpHR and the author of Behind Closed Cubicles (BCC) on how to deal with sexual harassment at the workplace.

A Pandora’s box was opened earlier this year in Silicon Valley when cases of sexual harassment in companies like Uber, and VC firms like 500 Startups’ surfaced. Closer home the Indian startup ecosystem too sat up and took note of the rampant sexual harassment incidents in this space.

In wake of multiple cases of sexual harassment that came to light, startup founders, CEOs and VC’s made it a priority to address this issue. In this context, Viji Hari, CEO of KelpHR wrote Behind Closed Cubicles, a book that for managers, employees and HR professionals on how to deal with sexual harassment at the workplace.

In a freewheeling chat with YourStory, Viji talks about her venture KelpHR, how sexual harassment pans out and the need for individuals and organisations to deal with it effectively.

“Anything unwelcome and sexual in nature is clearly a case of sexual harassment. We must appreciate the fact, that in India people come from diverse cultures and backgrounds. A morning greeting with a hug could be fine in some cultures but the same may not be appreciated in another culture. Excuses like “I did not intend to” are not acceptable. It is important to respect the other’s background and feelings at work,” says Viji.

Started in October 2013, KelpHR was initially conceived as an HR Marketplace but Viji says they had to let go of the idea since it came much before its time.

“We saw an opportunity in niche consulting and Learning & Development (L&D). And thus, KelpHR in its current avatar was born,” says Viji.

Till date, the team has through e-learning and classroom sessions delivered to over 1,00,000 employees across more than 70 organisations across sectors.

Viji’s team of 11 most comprises women that works out of a small home office setup across Chennai, Mumbai, Pune, and Bangalore. Their registered office is in Chennai where Viji is based.

Cultural differences at the workplace

In her book, Behind Closed Cubicles, Viji talks about real life incidents, especially the North-South cultural differences, discrimination based on colour and how even an appreciative hug is perceived differently by colleagues. It also features her own stories of sexual harassment.

“When we realised that there was not a single book on this topic, I wrote Behind Closed Cubicles which spoke extensive on the issue in simple layman terms, with aim to reach young employees and at the same time be helpful for HR and the Policy for Prevention of Sexual Harassment (PoSH) Committee to understand various scenarios and how they can be dealt with,” she says.

So how does one address the cultural differences at the workplace?

According to Viji, “At work, in order to factor in the differences, it is important to sensitise the employees about the diversity in the organisation, and the culture of respect should be displayed at all levels.”

Does geography change the nature of harassment?

Does the nature of harassment in India different than the one we have seen play out in Silicon Valley or India? According to Viji, sexual harassment has been prevalent globally for ages across all countries and she doesn't see any difference between the two places.

“It did not take long for the “Indian Fowler” to follow suit. Easy access to social media has helped raise awareness levels helping more women and families to speak up boldly,” says Viji.

With the #MeToo campaign trending on social media in the past few days, many women have revealed that they never spoken up before.

Viji points out that the biggest challenge faced is that organisations still think of sexual harassment as a taboo subject and CEOs don’t realise the importance of being compliant. Viji says,

We need bias free organisations with diverse and inclusive cultures to create happier workplaces. We don’t believe the POSH training to be just a check in the box but a corporate culture that will help nip the problem in the bud. We help build organisations that instills a culture that respects women.

Tackling harassment at the leadership level

The 500 Startups’ incident showed how the leadership was in the wrong. What does an organisation do when it’s CEO, leaders or senior management are found guilty of abuse and harassment?

Viji’s response is prompt. “Gone are the days when it was easier to hush up or not act on cases against senior management. The HR department’s prime role is to protect the brand of the organisation versus one individual’s image. Cases in point include the incident at Tehelka when its HR tried to protect its chief editor or the recent one at TVF where the victim took to social media when she did not get justice from the organisation.”

While it is shocking to be at the receiving end of abuse, Viji emphasises how essential it is to speak up.

“Confront the perpetrators and let them know that you do not like their behaviour.” Viji shares that is it important to file it in writing or record the same, and if the behaviour persists, to raise a complaint within the organisation’s PoSH committee.

Surveys show that in 65 percent of the cases, the incidents do not recur after confrontation. If it is physical and serious in nature: then fight or flight should be your first step. Do report the incidents to the committee within your organisation or with the police.

Born and brought up in Chennai, Viji has studied in different cities. She previously worked in Infosys and travelled across the world for 14 years and this gave her a wide perspective on the different cultures and mindsets of people.

Her own experiences over the years culminated in Behind Closed Cubicles and with KelpHR her aim is to impact not just a brand but also productivity and work culture - the values of the organisation.

Viji’s own journey in this space began with a huge hiccup when she realised her initial plan of building a marketplace would had to be scrapped. “When we started KelpHR with the One stop Marketplace concept, we had spent a huge amount of money, time and resources in building the marketplace platform with buyers and sellers. But there were few takers and we realised Indian market was still too nascent to go in that direction. The thought of letting go of the market place which we had conceived like a baby was the most difficult.”

Looking back she feels it was the best decision, though it was a tough one.

When we ask Viji what drives her she says, “It is the hunger to learn new things and to be better at what I am doing and the dream to give back to society as much as possible in whatever small way. When strangers message me to say that they found the book helpful and could relate with it, it makes my day and pushes me to do more.”