5 films in which Bollywood insulted people with disabilities 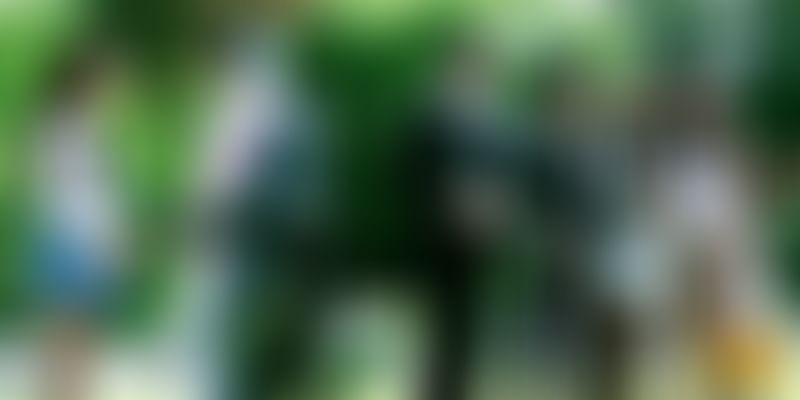 While dealing with the portrayal of differently-abled, Bollywood often used the comic impression in the most humiliating way.

Unrealistic and light-hearted as they may be at times, films can also depict the hard realities of life and behavioral truths. However, while dealing with the portrayal of the differently-abled, India’s biggest film fraternity, Bollywood, often uses comic impressions to get a few cheap laughs from the audience.

For a long time, whether it is a speech impediment or a mental illness, these roles have become something to be mocked of, or as a figure of fun in Hindi cinema. Conjuring up metaphors and analogies relating to disabled people is an insensitive potshot at best, a cruel portrayal of a section of the society at worst.

But one has to give credit where credit is due. Films such as Black, Barfi, Taare Zameen Par, Iqbal, Khamoshi, Margarita with a Straw, among others, have portrayed the differently-abled in a more positive light and had been more sensitive in dealing with issues of people with disabilities. But they are very few and far in between. Here are a few films that have indulged in callous depictions of the differently-abled.

The Golmaal series is undoubtedly the biggest comic blockbuster in the country, minting hundreds of crores. Yet it is also an epitome of apathy while characterising the disabled. Tusshar Kapoor’s character has a speech disability that was supposedly 'funny' and Paresh Rawal and Sushmita Mukherjee played an old blind couple. The film had many jokes mocking these disabled characters.

Housefull 3 is another film that has used the differently-abled as comic relief. The three central characters, played by Akshay Kumar, Abhishek Bachchan, and Riteish Deshmukh, pretend to be blind, deaf, and physically disabled respectively, to woo three women and marry them. Their idea is to portray disabled people as either a group that needs to be pitied or laughed at, as the film has boorish wheelchair-related jokes. Also, Jackie Shroff, who portrays the father of the three women, refuses to bless his daughters as they chose to marry differently-abled people. Evidently, Housefull 3 gave a message to openly mock people with disabilities and that they did not have the right to lead a normal life.

Krazzy 4 has four main characters, all of whom suffer from different mental illnesses. While Arshad Warsi’s character suffers from the intermittent explosive disorder, Rajpal Yadav’s has schizophrenia, Irrfan Khan’s has the obsessive-compulsive personality disorder and Suresh Menon portrays a person who has not spoken in years, suffering from selective mutism. With each suffering from a different mental illness, the characters make a fool of themselves, leading to the awful conclusion that mental illness is something to be made a joke about.

In this movies as well, the three main characters are physically-disabled: Tom is deaf, Deepak/Dick is blind, and Harry is mute. The interaction of the leading characters with each other and their constraints have been used as a source of entertainment for the audience.

Kader Khan plays the character of a person with a different disability every day. Khader Khan does not play the main role but is used as a comic relief in the movie. Unfortunately, movies like these often reinforce the existing stereotypes about the differently- abled in order to connect better with the audience.

Just to exploit an opportunity of a comic relief in Hindi cinema, one cannot use disability as a narrative. While these analogies are irresponsible, they also reflect the mindset of the people who find such characterisations funny.