How Amazon’s Alexa has (not) transformed my life 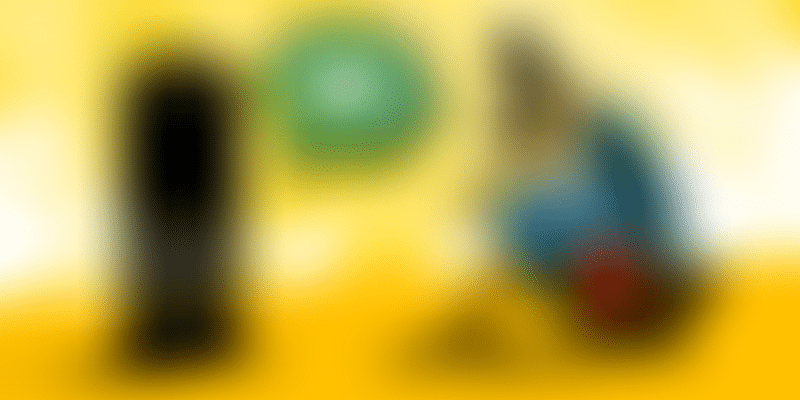 The writer gives a first-person account of her first day with Amazon’s voice assistant, Alexa.

Me: “No Alexa, not ‘Best of Alka Yagnik’. Alexa, play old Hindi songs.”

This was my first conversation with Amazon’s voice assistant-enabled Echo speaker last Friday. If someone who didn’t know me (or didn’t know what Amazon’s voice assistant, Alexa, is) had walked into my home last Friday, they would have thought I had lost my marbles. For I was talking to a black cylindrical speaker sitting atop my fridge. The sleek device is, of course, more than just a speaker. The more-than-just-a-speaker part was what I was trying to decipher.

There is a back story to this. The launch of Amazon’s voice assistant-enabled devices in India in early-October piqued my journalistic interest. The Echo devices that run on Alexa did not, however, pique my consumer interest.

Then, I got an invite from Amazon to buy an Echo device, as the devices are available in India only on an invitation basis. I remember that cool October Bengaluru day thinking whether I should bite the bullet and order. Considering I have been tracking e-commerce for years, it almost felt like a duty, and so, dear reader, for your sakes, I went ahead and clicked ‘order now’.

A bout of sickness had me home bound last week, and so I was able to personally welcome Alexa into my home.

One must hand it to Amazon for keeping it simple. The package had the Echo speaker, and initially I could not see any literature to walk me through its installation. A small portion at the bottom of the packaging revealed the instruction booklet. Following the instructions, I plugged in the speaker atop my fridge. The first minus is that the device needs to be plugged in at all times for it to work; you can buy a separate battery base for the device on Amazon.

The blue ring light on top of the speaker lit up, I downloaded the Alexa app, and tried connecting Echo to my WiFi. Nothing happened, and I tried again and then again. All this in the bemused presence of my family, who were vocal about their inability to understand why I thought a device like this would be useful.

I ignored them, and managed to sync Echo with WiFi, and thus began my day with Alexa.

Being a Bengaluru resident, the first question I posed Alexa was on the weather. That, Alexa provided with ease. Then I asked her to play Bollywood songs, which she did from Amazon Music. I got the news flash briefing, and then weather forecast for the upcoming weekend.

The first hiccup was when I asked for nursery rhymes. Alexa drew a blank. When I said “Twinkle twinkle little star”, Alexa responded “how I wonder what you are”.

We then went on to top Malayalam songs, just to show my parents that they too could get something out of the Rs 6,999 (introductory price for the Echo; includes an Amazon Prime subscription) device.

I was quite pleased with the whole experience when I asked Alexa to play songs from Judwaa 2 (happens to be my niece and nephew’s current favourite, so do not judge me!) and the conversation with which I started this article took place.

My mom, of course, had to jump in and ask Alexa if she could cook. To this Alexa responded “I am not sure.” My mom’s verdict: “Get me something that can do the cooking. That is what I want.” With that she walked off.

Still wanting to impress my parents, I asked Alexa for a joke, and she responded: “Why do teenagers prefer odd numbers? Because they ‘can’t even’.”

So, Alexa in India might have an Indian accent but its humour is still American. We went back to Bollywood songs – a decidedly safer option.

I tinkered around with the app, enabled a few skills from the over 10,000 that are available like taxi hailing, news and different genres of music and then I hit upon the most important functionality. I told Alexa to remind me to have medicine the next day morning at 10 am, and also to remind me to switch off the geyser in 10 minutes. In precisely 10 minutes, Alexa said I needed to switch off the geyser, and my dad was thrilled – here was something that was truly useful. Finally!

I was prepared for my tween niece’s arrival post her school day. I had written “Alexa, play new Bollywood songs” on a sheet of paper, and I asked my niece to read it out. When the slightly confused girl obliged, Alexa started playing latest songs, and the wide-eyed look on her face was priceless. My 12-year-old niece then bombarded Alexa with song requests. The results were mixed – she figured out Sia’s Cheap Thrills, Katy Perry’s Roar, and even Oonchi Hai Building from Judwaa 2. But she didn’t know what to do when she was asked to play fun songs for babies.

My niece, still impressed by Alexa, later asked her: “Alexa, from where are you?” Unfortunately, Alexa couldn’t answer the question. But she answered the next question: “Who are you?” with “I am Alexa, and I am designed around your voice.”

Alexa aced most other questions my niece posed, like number of states in India, state capitals and even a request for the Indian national anthem.

She, however, found it difficult to play the right news briefing when I asked for the news from The Times of India and, later, from The New York Times.

By evening, we were running out of questions and frankly a bit bored, and gave Alexa and ourselves a break.

It has been three days since Alexa entered my home and life, and here are the pluses as I see it:

However, many of the other functions like ordering food or finding a taxi I have not felt the need to try. The apps for these services are quite good, and I really didn’t have the courage to have Alexa order a taxi to take me to Marthahalli. I will save that for another time.

Amazon’s Alexa, and the Echo devices are actually hugely successful in the US. A Morgan Stanley report earlier this year said the company sold 11 million Echo devices in 2016. A Forrester report forecasts the company will see 22 million units sold in 2017 in the US.

However, India is a whole different market. Language is the biggest challenge the company will face in India. Which is why Amazon has kept the device sales “invite-only”, with a special introductory discount of 30 percent. Considering Alexa gets smarter the more it is used, the company’s hope is that the early Indian users will make Alexa better, improving its Indian-English understanding.

Amazon has also partnered with local players ranging from NDTV and The Times of India in the news category, to Zomato and Freshmenu in food delivery, and Ola and Uber in taxi hailing. It will partner with many more local players to ensure it offers many thousands of more “skills” for consumers to use.

Will Indian consumers become Alexa enthusiasts? That’s the billion-dollar-question. From my experience, I think it is a long way away. I don’t think I have wasted my money buying the Echo, but I haven’t found anything it can do today that I could not have done with other devices or tools.

Telling a device to do something and seeing it happen is great, but my life has not improved dramatically. However, it was interesting and a bit shocking when my one-year-old correctly pointed to the speaker when I asked her who Alexa is, 15 minutes after installing the device. The next generation just might think of shouting instructions to an intelligent speaker as the most normal thing to do. For now, I am happy Alexa helped me regain my cool aunt quotient with my niece!