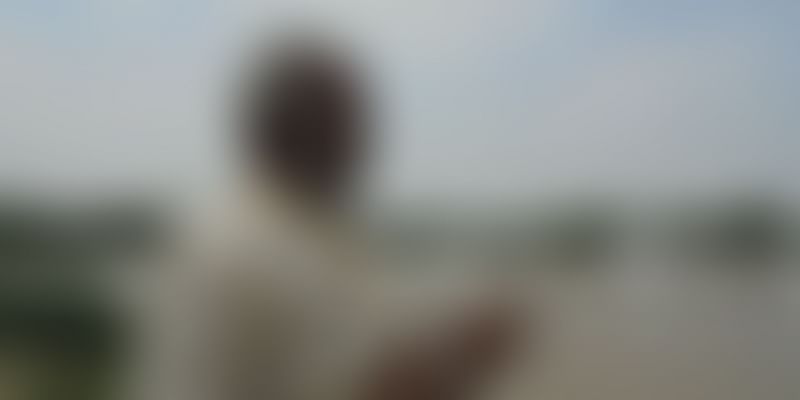 Hundreds of villagers pitched in to revive a village pond at Bapugaon, a village in Rajasthan, to make it water and food security.

It had not rained for awhile and the tiny cracks in the earth in Bapugaon were opening up. This little village in Chaksu tehsil of Jaipur was yet again faced with a drought in the mid-1980s. The situation was aggravated in 1986 when the river Dhund, an important water source for Bapugaon, went dry. Since then, both the quantity and quality of water started deteriorating. The rains were playing truant yet again and had stopped buffing up the rocks and big boulders scattered over the hills. People in Bapugaon were dependent on rainfed farming and animal husbandry, both of which were affected by the recurring droughts. This prompted them to get together to revive a pond, which, today, looks especially grand, with well-proportioned huge bunds, and its teeming waters.

Until the mid-1990s, nobody seemed to pay much attention to the pond. It was only when the community started exploring various options for building a water storage utility in the village that they chanced upon it. The locals had begun to address the issue of non-availability of a water source and the ensuing crop failure with support from CECODECON, a Jaipur-based NGO. In 1995, an 11-member Village Development Committee (VDC) was constituted in Bapugaon.

In the first phase, several meetings-cum-awareness generation sessions were held by the VDC. This was when the villagers realised that the water flowing over 150ha of pastureland during the monsoon just goes away as runoff. So attention was paid to convert this runoff into water storage.

Just below the pastureland lay a site, where existed a small pond about 20-25 years ago. When this pond dried up during one of the droughts, the Forest Department took up this site under its control and developed it as a nursery. Meanwhile, another piece of land adjacent to the nursery was taken up for building a new pond to store water. After a few years, the Forest Department abandoned the site of the nursery and this area was once again merged with the newly built pond, thus enlarging the total area of the pond. Due to meagre rainfall, most of the area was never filled with water. It was used as pastureland, because the sub-surface moisture trapped in this trough encouraged the growth of grasses and weeds.

Village institution drives the revival of the water body

The revival of the water body was taken up in 1996. In a little over a year, the humongous mess in the water body was cleared. The revival work was done after a meeting in which representatives of all the families of the village participated. The committee had representation from all castes and classes of the village and worked towards its overall development, especially the marginalised sections. As an unwritten law, no incumbent Panch or Sarpanch has ever been elected to become a member of this VDC. This ensured that the local skirmishes of a panchayat body did not spill over to the VDC.

Second, as a policy, 33 percent of the total cost of any work undertaken by the community is borne by it, in the form of cash, services or person days. The philosophy behind it is to inculcate a feeling of community, without which the sustainability of the assets thus built among the community cannot be ensured.

The earthen dam was 800 metre long spanning over 150-200 ha with water standing to a height of around five feet. Costing about Rs 2.39 lakh, it helped harvest water that flows during the rainy season and raised the local water table. The idea was to cater to the needs of drinking water and irrigation apart from checking soil erosion.

Water withdrawal from storage not allowed

A remarkable feature of the initiative was that it was strictly prohibited to withdraw water directly from the storage, and this rule is followed very rigidly. The primary and, in fact, the sole function of this storage, is to recharge the groundwater through seepage and run-in, thereby augmenting the water level in the existing wells. The water from the well is subsequently withdrawn to irrigate agricultural fields. Since irrigation by wells is the most common mode, every farmer has a well or two in the fields. It thus ensures the equitable distribution of water to all the farmers of the village.

The anicut was completed in 1996 and its storage facility was enhanced in 2000 by increasing its length. Since 2000, most of the farmers started taking three crops in a year--in addition to the monsoon crop of bajra, groundnut and gwar and the winter crops of wheat and mustard, another crop was taken in summer primarily of vegetables.

Kalyan ji, the president of the VDC, hopes that this initiative will provide lessons to improve the plight of other villages as well. “The pond teems with birds, and the greenery and water made it look great,”, he says.

The pond represents their livelihood and what happened at Bapugaon is more than just the physical rehabilitation of a water body, according to Kalyan ji.

Most people agree with him.