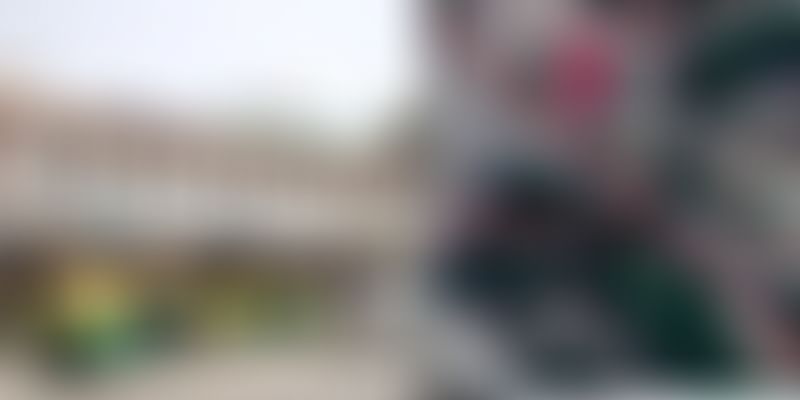 Proper integration of Namma Metro and Railways will ensure that people across Bengaluru use the metro to get to the railway station, reducing traffic congestion and pollution.

One of the biggest challenges faced by the over 10 million Bengaluru residents is on account of the 7 million vehicles on the roads. Traffic congestion leads to many problems: man hours lost, pollution and health issues, higher cost of travel and reduced efficiencies. Numerous steps are possible to reduce traffic congestion and the problems associated with it. The best and most practical solution is to drastically improve public transport (PT) so that the number of private vehicles on the roads reduces.

Namma Metro, the suburban trains and BMTC are the best bets, with the corollary that they need to be tightly integrated at maximum number of points to increase efficiency and footfalls, in addition to other benefits.

Bengaluru is staring at an alarming situation, and there is a need to take urgent and comprehensive steps immediately.

In this context, Phase 1 of Namma Metro has seen lost opportunities. For example, the integration of the City and Yesvantpur could have been better.

However, Phase 2, which is about to start, got a big jolt when BMRCL suddenly decided to shift the proposed Cantonment Metro Station from just opposite the main entrance to a playground about 1.5km away by road. This is a highly retrograde step, totally against the interests of both BMRCL and the citizens of Bengaluru. There was zero public consultation for this unilateral decision to shift the station from the location approved by both State and Union Governments in 2014 itself.

When BMRCL was asked the reasons for the shift, they cited the fact that the railways were not easily parting with the land. When we took up this matter in the media, SWR came out with a press release dated July 24 clarifying their readiness to cooperate. Then, BMRCL stated that the shift was only 250 m. On checking with Google maps, I found the distance to be 1.5km by road. BMRCL responded by stating they were referring to a straight-line distance between the two stations. Google Distance Finder showed the straight-line distance between the centre of the playground and the centre of the railway platform to be 800m. Later, BMRCL said they wanted to serve the dense population around the playground. Ironically, the playground users held a protest on August 27 against the playground being used for a metro station under the banner “Save Our Playground”. Meanwhile, BMRCL refused to make the Phase 2 DPR public.

On September 5, I started a petition on Change.org titled “Namma Metro with Namma Consultations” asking for reversal of the decision, public consultations and the DPR. To date, this petition has garnered 35,000 supporters.

The media took up the issue of the shift in a big way and we sent memorandums to BMRCL as well as about a dozen ministers, MPs and officials, both at the state and Centre.

A survey was conducted at Cantonment Railway Station and everyone was shocked when informed of the BMRCL’s decision. Feeling the heat, on September 21, 2017, BMRCL held a press meet to explain their reasons for the shift. Their reasons fell under 3 heads:

(2) Safety: Evacuation in emergencies, on account of tunnel length and curvature.

On October 7, we conducted a Citizens’ Round Table inviting everyone to attend and share their views. Surprisingly, BMRCL came out with a press release, refusing to attend the same citing presence of media at this meeting! However, I presented our rebuttal of the reasons stated by BMRCL for the shift. This event was widely reported by the media:

Connectivity is same from approved and new locations:

Depth below platform to be 30M:

Saving of Rs 1,000 crore by change of alignment:

Congestion will increase on account of both metro and railway stations being in front of each other:

How does the location of this station affect every citizen? Well, proper integration of Namma Metro and Railways will ensure that people across Bengaluru prefer to use metro to reach the railway station and get back, reducing road traffic. Travellers going to the airport from nearby towns will take trains to the Cantonment and use the metro to reach the airport. Also, people from at least five 5-star hotels (near Cantonment Railway Station) will prefer to use the metro to commute to the airport, thus reducing traffic on the roads leading to the airport. Thousands of people come to work from all over Bengaluru to the area opposite to Cantonment Railway Station (Cunningham Road, Miller Road, major corporates, hospitals, institutions, colleges, etc.) and these people will use the metro rather than private vehicles. None of this will be possible if the metro station is shifted from its approved location.

In the light of the above, the question arises whether there could be some other hidden reason for this shift. The lack of transparency and proactive public consultation also indicates the same.

All the reasons given by BMRCL have been adequately countered. Perhaps the pressure of public opinion can now work wonders. This is where the need to educate citizens of the ramifications of this retrograde decision becomes very important. On becoming aware, when citizens voice their opinion on this matter in different ways – social media, media statements, talking to others, writing to MPs, MLAs, ministers, corporators etc. – there is a good chance that the decision will be reversed.

Since BMRCL has to move quickly on this project, urgency of people’s opinion becomes relevant. One small victory was clocked when BMRCL, purely under to public pressure, put out the DPR in the public domain, on October 12. A bigger victory will be reversal of the decision to shift the station.

With the station in its approved location, the integration will be tight and will lead to good usage of metro/railways/suburban trains and reduction in traffic congestion and pollution. A simple solution to a complicated problem is possible – provided we voice our opinion appropriately and quickly.