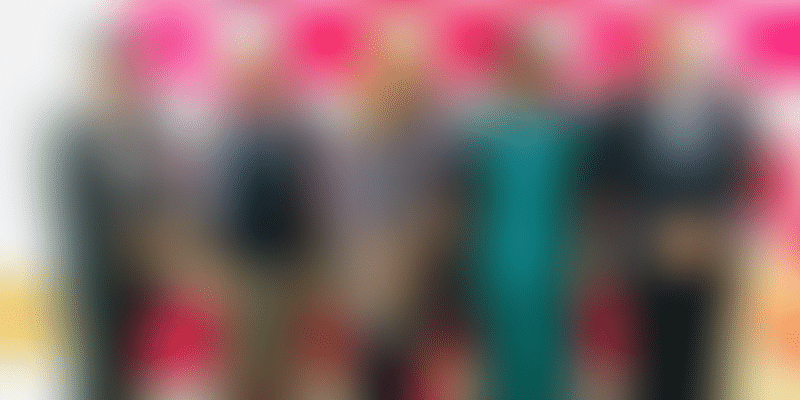 Amaara is a non-profit organisation that focusses on providing donor milk to high-risk neo-natal babies. Since its inception in 2016, Amaara has been able to expand to 30 hospitals.

Breast milk and its benefits have been either understated or left in oblivion for long, leaving mothers unaware of the role it plays in assisting in the healthy nourishment of one’s newborn, and has been sadly left to be viewed and as mere food for babies. Breast milk is not just ‘food’, but a complex substance containing antibodies that not only fulfils a newborn’s dietary requirements but also aids in fighting off viruses and bacteria and lowers the risk of allergies, infections and illness in the long run for the child. It is a vital ingredient for the optimal growth and development of full-term babies, but even more so for preemies (preterm babies).

Amaara is a non-profit organisation that focusses on providing donor milk to high risk neo-natal babies admitted in the Neonatal Intensive Care Units and new-borns whose mothers are unable to lactate due to medical conditions. Formula feed had been the go-to-solution in the absence of such a facility. Any lactating woman, who is in good physical and mental health and not on any medications or drugs and has an excess amount of milk after satisfactorily feeding her baby, is eligible to donate her milk. All willing mothers will be screened for certain conditions before they can donate their breast milk. Breast milk is expressed or pumped by the mother herself, using a breast pump in the comfort of her house. The expressed milk is then labeled and stored in sterile containers provided by the milk bank, in the freezer at home. The breast milk bank has a collection service which will pick up the frozen milk and transport it safely to the milk bank on a regular basis.

Amaara came to reality when Ankit Srivatsava and his wife, Neha Srivatsava, got into a conversation with Raghuram Malliah, who is Director of Neonatology at Fortis La Femme hospital in Delhi. The founders discussed and discovered the long neglected issue of neo-natal infants and their lack of proper nutrition leading to the unfortunate and mounting mortality rate nationwide. This led them to the threshold where the Breast Milk Foundation was set up in collaboration with Fortis La Femme, and eventually its first project, Amaara, was born.

Since its inception in 2016, Amaara has been able to distribute milk to 30 hospitals, such as FMRI Gurgaon, Cloudnine, Moolchand Medicity, Holy Family Hospital, Sehgal Hospital, BLK Hospital, Bhagat Hospital, Sir Gangaram, Paras Hospital etc., where more than 85 donor mothers have successfully donated human breast milk with around 850 litres of milk being stored in the facility and 900 litres pasteurised and 650 litres has been distributed to hospitals all across Delhi/NCR which has successfully aided in the recovery of 300 babies.

After New Delhi, Amaara has recently expanded the initiative, inaugurating its first full service branch in Bengaluru. “We hope to open more such branches extending the love and care of Amaara. Hospitals can contact us for the services and avail them accordingly,” adds Dr Ankit.

“Lack of awareness has been an issue that we try and counter by conducting classes to educate the masses about the need to donate the surplus and assist in saving lives. Apart from that we take the aid of social media platforms, doctors, and gynaecologists to disseminate relevant information about the same,” says Dr. Ankit on how they create awareness about their service.

In June 2017, the Central health ministry opened a milk bank called ‘Vatsalya – Maatri Amrit Kosh’ at Lady Hardinge Medical College in New Delhi . The ministry has also launched - MAA-Mother’s Absolute Affection, a nationwide programme, in an attempt to bring focus on promotion of breastfeeding and provision of counselling services for supporting breastfeeding through health systems.