The how, what, and when of a year of demonetisation 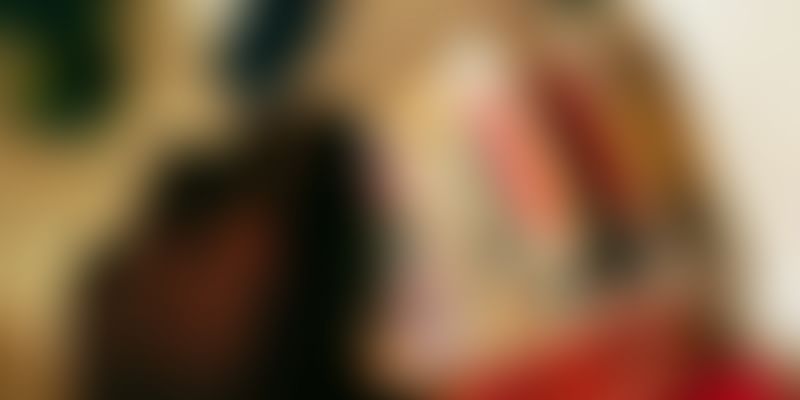 Just a year ago, Indians everywhere added a new word to their vocabulary – demonetisation. From financial analysts to the common man on the streets, suddenly everyone was talking about it. Demonetisation was the new buzzword, and boy was it creating a buzz!

But what does demonetisation mean, precisely? Well, financial news and education website Investopedia defines it as “the act of stripping a currency unit of its status as legal tender. It occurs whenever there is a change of national currency: The current form or forms of money is pulled from circulation and retired, often to be replaced with new notes or coins. Sometimes, a country completely replaces the old currency with a new currency.”

The announcement made on November 8, 2016, was by no means India’s first tryst with demonetisation, with experiments being undertaken twice in the past – first in 1946, to penalize Indian businesses hiding profits from World War-II military contracts, and then in 1978, when the coalition government demonetized ₹1,000, ₹5,000, and ₹10,000 rupee notes, in the hopes of curbing counterfeit and black money. A common thread between these past attempts and the recent drive was to flush the financial systems clean of “black money” and corruption. Only time and history will be the true judge of its success; that judgement is not the purpose of this article.

We look back at how key events unfolded in one of the biggest global economic overhauls of the 21st century.

Opening game: The announcement, and the month of activity that followed

The Prime Minister’s announcement on 8 November shook the entire nation. While there were speculation and rumours beforehand, the move in its entirety was a bolt from the blue for pretty much the entire country, establishment included. In the scramble to meet logistical requirements, the government was forced to frequently reassess its estimates and stances, leading to almost daily changes and updates to policy. We take a blow-by-blow look at the key events from the first month of demonetisation:

8th November 2016 – PM Narendra Modi makes an unscheduled live TV address to the nation at 8.15 pm IST. He declares circulation of all existing ₹500 and ₹1,000 banknotes null and void from midnight and announces the issuance of new ₹500 and ₹2,000 notes in exchange for the old ones.

9th November 2016 – Banks and ATMs are closed on the first public day. The government announces that bank deposits above ₹2.5 lakhs will face tax and possible penalties, while also suspending all tolls on national highways till midnight of 11 November. All major banks announce extended working hours till 8 pm and waiver of ATM transaction charges in anticipation of coming rush.

14th November 2016 – Government further extends the deadline for acceptance of old ₹500 and ₹1,000 notes till 24th November 2016. Cash withdrawal limit for current account holders is raised to ₹50,000 per week, and charges on ATM transactions are further suspended till 30 December.

15th November 2016 – Responding to complaints of parties using mules for exchanging cash and making multiple deposits/exchanges, the government asks banks to use indelible ink (voting ink) to mark the fingers of people exchanging old notes at the branches.

16th November 2016 – The State Bank of India (SBI) announces that it collected ₹1,14,139 crore in junked notes by the first week of demonetisation.

17th November 2016 – The government lowers the exchange limit for defunct notes to ₹2,000 from ₹4,500, but eases cash withdrawal limit for farmers by allowing them to withdraw up to ₹50,000 per week from banks against crop loans. RBI reassures the public once again about the availability of sufficient cash. Highway toll exemption extended until midnight of 24 November.

21st November 2016 – In a circular, government clarifies that farmers can use old ₹500 notes to buy seeds. In a press release, the RBI states that banks have received ₹5.12 lakh crore in deposits so far and exchanged ₹33,006 crores.

24th November 2016 – Toll exemptions on highways extended till 2 December. In a surprise move, the Centre also withdraws exchange facility for old notes but extends the deadline for usage of ₹500 notes in special circumstances to midnight of 15 December.

26th November 2016 – RBI reveals that within two weeks of the demonetisation announcement, Jan Dhan accounts saw a sharp increase in deposits, from ₹27,200 crore to around ₹72,834.72 crores.

1st December 2016 – Government makes a surprise announcement that old ₹500 notes are valid tender for fuel and air ticket purchases only till 2 December, instead of 15 December as announced earlier. Banks announce that nearly 1.8 lakh ATMs around the country have been recalibrated to dispense the new ₹500 and ₹2,000 notes.

Even as 2016 came to a closing, the mad rush to bank counters and ATMs refused to die, forcing many to adjust to the new reality, while economic stability slowly reasserted itself. By the end of the financial year on March 31, 2017, much of the uncertainty generated by the decision had begun settling down especially for businesses. The Indian public was also gradually learning how to make do with less.

Here are some of the key events that transpired between mid-December to 31 March 2017:

31st January 2017 – The government announced that taxpayers who made abnormally large deposits post demonetisation would receive IT notices asking for explanations; estimates put the number of such prospective taxpayers at nearly 18 lakh.

In the new Financial Year, demonetisation continues its impact, particularly with the shakeup caused by the new GST regime. The MSME (Micro, Small and Medium Enterprises) sector, in particular, is still reeling from the dual policy change. Recently, Anil Bhardwaj, Secretary General, Federation of Indian Micro and Small and Medium Enterprises (FISME), told IANS, “The base of the MSME pyramid is comprised of the informal sector, which has traditionally done business in cash. With the withdrawal of cash, this market seized up for a quarter or so…The recovery is slow because of the new disruption in the form of GST. In the short term, there could be a loss of business opportunities because of lack of capital in the informal markets.”

The RBI recently admitted that roughly all but 1.4 percent of the old ₹1,000 notes have come back into the banking system. Here are some the biggest developments around demonetisation in the current financial year:

1st April 2017 – The first day of the new Financial Year is also the last day to return the old defunct notes, and long queues are witnessed outside the RBI headquarters, as people try desperately to exchange their last remaining junked currency.

14th April 2017 – The IT department announces the second phase of ‘Operation Clean Money’, its action plan to detect and weed out black money investments post-demonetisation. Officials said they planned to investigate a further 60,000 taxpayers under Phase-II.

19th April 2017 – The Central Board of Direct Taxes (CBDT) sets May 31 as the deadline for verification of cash deposit data under ‘Operation Clean Money’.

11th May 2017 – Reports suggest that demonetisation has caused a huge jump in the sales of PoS machines to retailers (estimates claim 10 lakh machines sold between November 2016 and March 2017). On the flip side, as cash crunch worsened, banks reduced the numbers of ATM installations.

17th May 2017 – The Central Government launches a new Clean Money online portal, with thematic reports and details of findings by the IT department under Operation Clean Money. In a press release about the portal launch, the government mentions that it has added 91 lakh new taxpayers post-demonetisation, and detected undisclosed income to the tune of ₹23,144 crores in six months after demonetisation.

21st June 2017 – The government asks banks and post offices to deposit their collections of junked notes with the RBI by July 20.

16th July 2017 – A presentation to a parliamentary panel by top government officials admits that card transactions rose by only 7 per cent post demonetisation, although total digital transactions went up by 23 per cent from 22.4 million in November 2016 to 27.5 million in May 2017.

The new notes are part of an upcoming slew of measures aimed at combating the lingering effects of demonetisation. While the debate on its impact – whether positive or negative – continues, it is obvious that cash continues to rule. The romance with digital payments that demonetisation rang in has been short-lived. Be it the vegetable vendor, the cigarette seller, or the food delivery guy, all are happier to deal in cash than digital payments. The coming years will be the yardstick by which to measure the benefits, and costs, of demonetisation and how it will impact the development of India’s cash-free road.