The hitmakers at Moonfrog tell us about what keeps them going 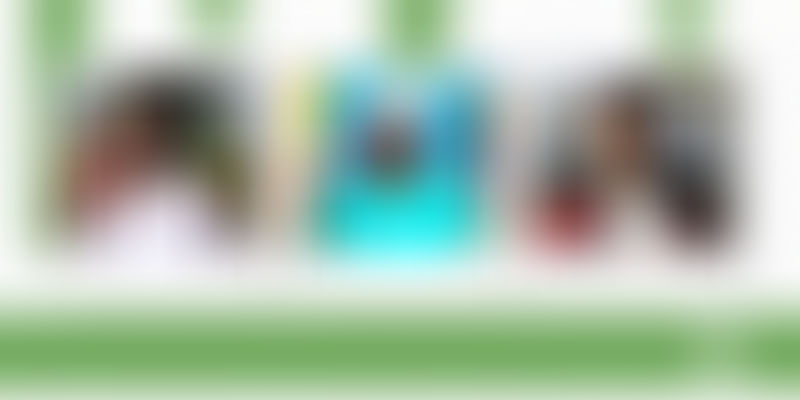 “Employees are your most valuable assets.” - Carlos Ghosn

If the customer is king, then the employees who create the product or solution that make the customers happy can be called the king-makers. And in the symbiotic scheme of things, both are equally important for an organisation.

Companies, where the credit for customer satisfaction trickles down the value chain to the employees, are home to happier and more productive employees. Bangalore-based mobile gaming startup Moonfrog Labs knows this well, and since its inception in 2013, has been fostering a happy workforce.

Founded by Tanay Tayal, Ankit Jain, Kumar Puspesh, Oliver Jones and Dimpalkumar Maisuriya, the company is one of India’s biggest mobile-gaming business. The focus on their employees is one of its key pillars. The founders truly believe that it is the employees who make Moonfrog what it is. Here are the stories of some of these people:

An avid gaming fanatic since his schooldays, Hari, started his career with big names such as Adobe and Disney. Four years back, he decided to ditch his corporate togs and revisit his obsession with gaming, this time on the other side of the console, and joined Moonfrog. Today, he is the Principal Software Engineer at Moonfrog doing exactly what he loves - developing games from the prototyping stage.

A photographer and biker at heart, Hari always believed his strengths lay in engineering and technology. He says, “I worked with Disney on the Marvel’s Avengers’ Alliance mobile game. Post that, I wanted to be involved in all aspects of software development and not just the technology. I found that at Moonfrog.”

Hari has been a part of Moonfrog’s story right from the very beginning. Be it the release of their flagship game, Teen Patti Gold, or the big Bollywood collaborations with Alia Bhatt and Baahubali - he has seen and built it all. In fact one of his favourite moments at Moonfrog is when Teen Patti Gold hit the top spot. “We bought a TV for the company’s gaming consoles on the very same day because that’s what we do. If a target is met, the Moonfrog family gets to play with a new toy. That has been a tradition since the company’s inception,” he beams.

According to Hari, one of the best things about Moonfrog is the kind of international exposure it gives employees. He says, “I’ve gotten a chance to work with people from all over India, along with the US and the UK, as well as from the South American startup capital Santiago, Chile. This kind of international exposure is what Indian developers and companies need to up their game.”

Being at Moonfrog has taught Hari that learning is important. “I enjoy solving problems and solving problems helps me learn. It doesn’t matter if a bug is affecting a few thousand users in a game or a few million. Finding a way to fix it and make the game better for the user is perhaps what makes me happiest,” he adds.

For Singh, it all started with the video games that he played as a child. He knew since then that developing games was his calling. After his B.Tech from IIT Roorkee, he started working as a game developer, but it didn’t give him the kind of satisfaction he was looking for. He hungered to build games from scratch and own them.

That’s when he found Moonfrog. Singh says, “Moonfrog is where I saw all my dreams come together: Game development, complete ownership of my work, building games and designing their architecture from scratch.” He joined Moonfrog in its early days when there were only six people. He started as a Senior Software Engineer and has now moved up to become the company’s Engineering Architect, along with leading one of its products.

A big Bollywood buff, he was delighted to be leading the engineering teams for Baahubali: The Game. He says, “It was a product that most companies would’ve taken at least a couple of years to make. We managed to make it in eight months to meet the movie release deadline. I think that’s pretty cool!”

Over the years, Singh has done more than just work - he built the engineering teams to what they are today. He says, “I’ve been an individual contributor on Bingo, one of our earlier games, Teen Patti Gold, which we released in 45 days and even Alia Bhatt: Star Life. Currently, I’m leading the Ludo Club team in more ways than just being the engineering lead. It’s like a dream come true.”

While the work culture, the constant banter, quirky and fun events like the samosa challenges or movie nights have made the Moonfrog experience a great one, according to Singh the biggest advantage of working at Moonfrog is the freedom to experiment. The company believes in keeping things smart and simple - decide on an idea, make it work, push it live, run liveops, and learn from the failures and successes. He explains, “The company encourages us to test our beliefs by building prototypes and testing them out with the audience. If it doesn’t work, we study the numbers to see why it didn’t and do the same even if it works.”

A hardcore engineer, Srinath is incredibly passionate about the internet and data analytics. He has been a part of Moonfrog since its inception, and has helped set up their game development and analytics frameworks. Currently, Ramanujan is the Associate General Manager at Moonfrog. He has been quite candid about wanting to be exposed to business administration, so that he can eventually run his own standalone business. “It’s really great because Moonfrog has always encouraged and helped employees to pursue entrepreneurship. They have been nothing but supportive of my hunger and passion for personal growth and learning,” he adds.

According to Ramanujan, data can help you build great products, though one needs to learn how to read it well. He believes that the company is all about its people. He clarifies, “Working with some of the most talented and intelligent people makes you want to reinvent yourself, to adapt to the social and intellectual scape of the company. At Moonfrog, if you are smart and talented, there is always something to be done, and there will always be an opportunity to showcase your brilliance.

His journey at the company has been a great balance of highs to celebrate and revel in, and lows to learn from and reflect upon. He loves looking back at the time when the team got together to crush fraudulent activities on Teen Patti Gold. He says, “Since the game had started becoming progressively popular, the number of fraudulent activities and transactions had also increased. This affects not only our revenue but also Google’s revenue. So watching the fraudulent activities graph drop was exhilarating. We stayed up for a few nights till we made sure that we caught all the culprits. I enjoyed getting my hands dirty with the BlackOps team because who doesn’t like solving a crime? But mainly because of my love for crime shows on TV.”

Ask him about his plans and he’ll tell you that he’ll always be involved in developing, operationalising and running products and business. He wants to become an entrepreneur, but for now though, he just wants to catch up on crime shows, play badminton with the team and build more games at Moonfrog.