Interface of IT and Bio-Sciences: how DNA strands can tell us who we are with the help of AI 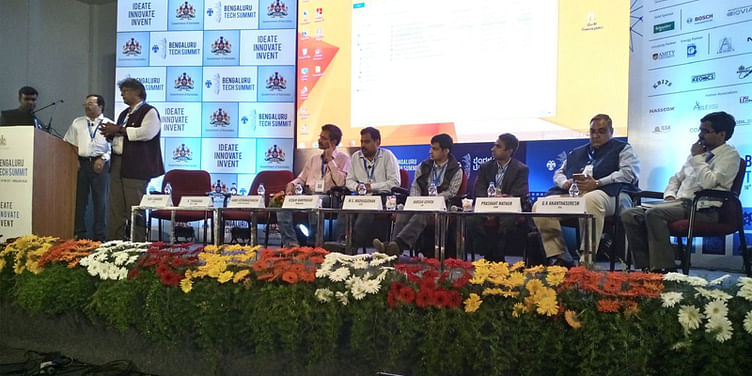 With advances in computing systems, biology has now converged with IT. For example, data collected from a population set in one region and compiled on top of the other shows us that there was population migration across various groups.

From this, data scientists can study the mutation of diseases based on migration, marriages, and endogamy. Such a study is perhaps the best combination of data sciences, sociology, and biology.

At the ongoing Bengaluru Tech Summit, in a panel discussion on ‘Bio-IT Convergence: Data, Systems and Biotechnology’, an esteemed panel of scientists said that technology has allowed scientists to crunch data faster and understand human DNA better.

When you bring in Artificial Intellience (AI) it can make sense of genomics through blood and saliva samples on a scale like never before. Diseases such as cancer can be tracked early and therapies can be suggested fast.

Vijay Chandru, faculty at IISc says: “Today’s DNA instruments can crunch so much data that it has combined the best of the technical and scientific fields. Computational biology and 3Dstructures are going to usher an era of bio-statistics that will bring in several innovations in the field of biotechnology.”

Dr K Thangaraj, senior research faculty at CSIR-CCMB says, “Epidemiology and statistical evidence shows who we really are and why we need to delve deeper to understand human evolution and the impact of disease and also figure out the origins of political-social classes.”

Indeed data tells us that culture is in continuum since human migrations are plenty. Data also shows that the residents of Andaman & Nicobar islands are original migrants from Africa and the first migrants.

The scientists added that India has such a diverse mix of people that only computational biology and data sciences along with technology can study the incidence of diseases in population groups.

They also said that we can predict that the practice of endogamy existed around 2000 years ago thanks to the data collected and computed. Based on endogamy you can trace the history of disease among populations groups.

Vamsi Veeramacheni of Strand LifeSciences says: “Every strain of sample gives 5 GB of data and the computer figures out how the disease is spreading.”

Machine Learning (ML) and AI allow understanding of how genome sequencing work. This facilitates healthcare companies and governments to plan medical procedures based on population strands.

Unfortunately, this methodology is yet to become mainstream and studies are underway to influence governments to create databases for genome sequencing.

In the end, the government that understands its people is the one that comes to power in the next elections. The scientists, however, say that research is key to genomics and AI helps in making research go commercial.

“We generate 15 TB of genome data in the form of blood, hair strands, or sputum. Of million variants only five can tell you what risks an individual carries,” says Vedam Ramaprasad, COO at Medgenome.

These scientists were on a mission to pinpoint diseases based on ethnicity. Now, all we have to wait for is to see whether AI will make them find incidences of diseases faster or throw up more questions. Both are possible.