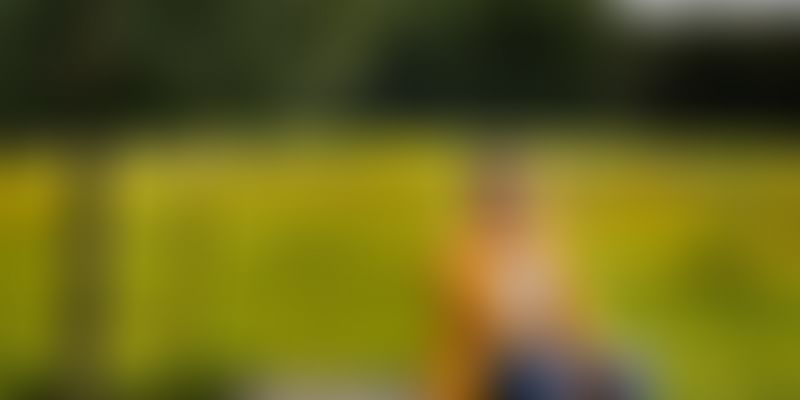 Muster is a Chennai-and-Canada-based social dining app which allows your GPS to locate fellow Muster users and restaurants/bars/cafes around you to choose from.

“A good traveller has no fixed plans and is not intent on arriving” – Lao Tzu.

For someone who travels, the joy of seeing new places and visiting forgotten lands makes the most beautiful part of the journey. Though there are various tour packages available, there is nothing that can make you discover a new place like a local can. Also, one cannot deny the joy of breaking bread with a stranger and getting to know them.

Inderjit Vasudevan Moorthy’s trip to Montreal turned into a memorable episode of his life when he got to interact with the people of the city. Thinking of how such interactions can enhance the experience of travel, Inderjit conceptualised Muster in 2016.

Muster is an app that lets you find and meet locals, and know more about the city you’re visiting. It works as a social dining app, which allows your GPS to locate fellow Muster users and restaurants/bars/cafe around you to choose from. In short, it allows you to meet, greet and eat with one or more known or unknown users. With Muster, people can make friends wherever they go.

Social interactions over food isn’t really a new concept. For centuries, food has brought people together. However, now we are the part of a generation that is increasingly obsessed with technology and apps, which makes us more isolated and disconnected.

However, Inderjit’s experience at Montreal was refreshingly different. He says,

“I got a chance to bond with a local who helped me explore the hidden gems of the city. Trust me, the google search wouldn’t help you with that. This prompted me to come up with an app that would help travellers bond with locals. And the best way to bond with someone is over food and drinks. That’s how Muster was born. As the concept evolved, the team was convinced of how Muster could help bring people together, enabling face-to-face interactions in our everyday lives.”

For Inderjit, Muster is one of his many ventures. After dropping out from school at the age of 15 and doing a couple of odd jobs for a few years, Inderjit launched his first business, a multimedia company, at the age of 19. He soon went ahead to start several ventures like Second Satellite Business Process Outsourcing Services and Treetop Consultancy Services.

“I am a social person. I like meeting and talking to new people. That is one of the main reasons why I started Muster,” adds Inderjit.

Muster can work under different scenarios – like making airport overlays interesting by helping one meet and share a coffee or meal with somebody who is also killing time. One can even dine out with locals or catch up with a friend while in a new city. At the end of those long weeks at work, it lets you find someone from around your workplace to forge a friendship with, over a drink.

With Muster, a user can set the radius and other search parameters such as age, gender, eating and drinking preferences of those they would like to meet.

While Inderjit is the sole founder, he roped in his friend from teenage years, Chandrasingh Dhanraj, as the CTO of Muster. Chandrasingh comes with a strong technical background – he has worked with startups, and implemented mobile and hand-held application solutions.

“When I was thinking of developing the app for Muster, one of the first people I approached was Chandrasingh, who at that time was taking a break from his career in the IT industry and was an entrepreneur himself, running an event management company. Chandrasingh was excited about the idea as much as I was, and was quick to come on board. Then we decided on outsourcing the development to an India-based company and we found our technology partner in Chennai,” says Inderjit.

Thus, while launched in Canada, the app is made out of Chennai India.

There is a team of seven people who have worked in developing the app on Android and iOS platforms. Muster Technologies was launched in Toronto by March, 2016. In the same month, the team raised funds and claims to have sold eight percent equity. The latest equity was sold at a valuation of $1 million (Canadian dollar). The funds raised have been used to develop and soft launch the Muster app.

However, the concept of social dining is picking up fast all over the world. There are platforms like Grubwithus that offer organised dinner parties in different restaurants across different cities. While Grouper gives more of a date like atmosphere, the Israeli startup EatWith is focussed on travellers and lets them sign up for brunch, dinner and lunch parties with local families. The market, though, is in its nascent stage.

For Muster, the focus has been on making new friends. Inderjit explains,

“With various social networking apps in the market for dating, it was a challenge convincing the investors and users how Muster is not a dating app, but a social dining app where you meet one or more people and bond over food. We at Muster believe in “making in India”. The funds for Muster were raised outside India, but all other development happened in Chennai, which is my home.”

The team plans to include more parameters in the next release that will further customise the search results for users. There will also be an option to rate the person you met.