Navigating success and failure: 12 lessons from the story of India’s pioneering e-commerce company 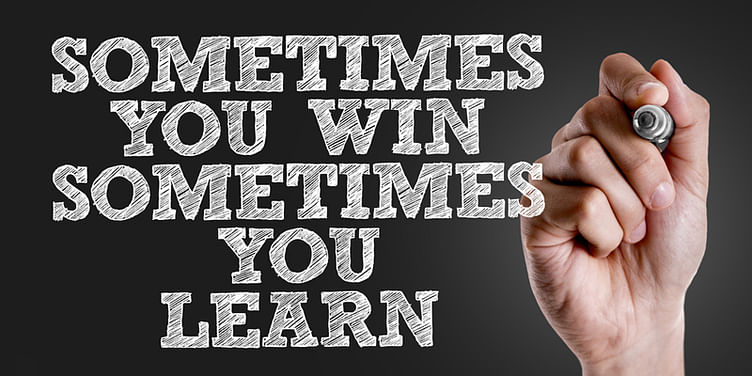 In 1999, K. Vaitheeswaran co-founded India’s pioneering company FabMart.com, later rebranded as IndiaPlaza.com. In 2011, he co-founded the Fabmall supermarket chain, which was subsequently acquired by the Aditya Birla Group and re-branded as ‘More.’

While the business could have become profitable, Vaitheeswaran had to shut down IndiaPlaza.com in 2013 due to a number of reasons that are outlined in his book, Failing to Succeed: The Story of India’s First E-commerce Company (see book launch coverage here). In this book review, we highlight some lessons from the ups and downs of his emotional journey, which will be very valuable to aspiring entrepreneurs.

Vaitheeswaran also publishes opinion pieces on entrepreneurship, mentors founders, and participates in public forums. See for example Exit Plan B: Where is your parachute? 15 tips for winding down your startup; also check out our reviews of books by Ronnie Screwvala and Rashmi Bansal.

Vaitheeswaran did not initially have a goal to become an entrepreneur while he was in college or even during his first job as a sales engineer at Murugappa Electronics. It was while he was at Wipro in 1998 that he came across email (Hotmail) and Amazon.com. He wanted to join Wipro’s e-commerce division, but was told he was ‘too old’ (35) – and that spurred him to launch out on his own in 1999.

“An entrepreneur must be equal parts brave and stupid,” says Vaitheeswaran. They must be “stupid” enough to leave the comforts and security of a corporate job, but also brave enough to fight and survive the tough journey of entrepreneurship. The road from startup to scale-up also calls for continuous learning and entry into unknown turf. “I had no idea how equity works and years later, I paid a big price for this naivety,” cautions Vaitheeswaran.

Though many investors tend to prefer entrepreneurs from the usual elite universities, there is good talent and motivation in smaller colleges also. Above all, founders should have integrity in the face of corruption and easy money.

Ideas are a good start in the entrepreneurial journey, but the real focus must be on finding a problem with a reasonably large set of customers, their ability to pay, and uniqueness or competitive advantage of the solution. Make sure to pass the BFC test – better, faster, cheaper.

“It is essential that the co-founders of the startups are not complete strangers to each other or new acquaintances; they must have a past together,” advises Vaitheeswaran. This can be in educational or work settings, and helps build trust that is crucial during tough times. They should also have complementary skillsets. Having degrees helps - the stories of successful drop-outs are actually quite rare.

But sometimes pioneers have to fly blind. “The trial and error is a big challenge for pioneering ventures and while the learning is fascinating, it sucks up valuable time,” cautions Vaitheeswaran.

And being a pioneer is not enough; timing also matters. “Startups who are very early and far ahead of the curve risk being at the bleeding edge and end up losing, whereas companies who win big are typically at the leading edge or cutting edge,” Vaitheeswaran observes.

Frugality may be a scarce virtue in the world of hyper-funded startups, but is key for bootstrapped entrepreneurs. Instead of buying whole cassette tapes to catalogue the data at launch stage, Vaitheeswaran and team bought only the cassette covers; they roped in interns to do the scanning and data entry in marriage halls.

Instead of commissioning surveys, they followed customers in music stores and jewellery stores to observe shopping habits. The founders bought one cassette tape and stayed in the music store for hours to watch how customers went about their purchases.

The founders also obtained exclusive music releases from artistes, and launched the Golden Quill award for best book. Another useful feature for online jewellery sales was a ring-size checker that users could print and then cut out to measure the size of their fingers. One whole chapter in the book is packed with such tips and metrics for e-commerce entrepreneurs.

“There is evidence that easy capital often curbs innovation because there is no reason to think hard and execute within budgets,” says Vaitheeswaran. “Unbridled funding is like a drug. Massive funding destroys inventiveness,” he adds. Instead, it is more important to think smart and think frugal.

Some players may operate in niche verticals (eg. online lingerie store Zivame), but e-commerce works well with breadth and depth of offerings. Fabmart started with music cassettes and CDs, then books and, eventually, hundreds of categories. Even today, e-commerce is a small portion of retail in India, but for a large country like India even small is significant. Across vertical categories such as electronics and groceries, there are also significant differences in terms of delivery time expectations, order size, and local support.

Addressing only lifetime value (LTV) of a customer is not enough in situations where customers are fickle; ‘last man standing’ (LMS) will also unravel in the face of superior competitors, Vaitheeswaran cautions.

It was said that e-commerce may not work well in India because Indian customers love to touch and feel items before purchase – but that is changing now. It is important to track customer behaviours and even encourage and reward new ones (eg., pay online rather than COD).

If the customer experience is excellent, then they will not call you about problems, and you won’t need to have a customer complaint centre. Omni-channel integrated commerce is a trend to watch, especially as offline retailers overcome their ‘digital helplessness’ and digitally integrate their assets.

9. Be prepared for ever-changing scenarios

The dotcom bust of 2000 and the financial crises in 2007-2008 caught many entrepreneurs unprepared. The demonetisation and GST are other factors in India that can change the equation significantly.

The competitive scenario for e-commerce has also changed. Ideally, every order in e-commerce should be profitable; there should be no free shipping, and online payment should be preferable to COD – but the new wave of e-commerce startups seems to prefer ‘disruption’ via unsustainable deep discounts and free shipping. To compete with well-funded foreign players, some of them even clamour for government protection.

The last chapter in the book chronicles the continuous wave of exhilarating highs and agonising lows that Vaitheeswaran went through in the dying stages of IndiaPlaza, hoping against hope for a fair investor and some stability, until he finally had to call it quits. “When the going gets tough, what’s terrible gets worse,” he recalls.

While funding can be ‘rocket fuel’ for a startup, there is more to the game than meets the eye. “Foreign funds are not in a position to provide entrepreneurs the longer duration required to solve Indian problems,” cautions Vaitheeswaran; they are looking to exit in a few years. Fortunately, more Indian capital is now becoming available, but there need to be more strong acquirers in India who are looking for more than distress sales.

Many investors also have herd mentality in terms of investment portfolio, and can be fickle in terms of expected metrics. GMV was touted as the most important metric for some time, then it became profitability. Having multiple investors can also lead to conflict of interest and deadlocks in decision-making. Some investors even back competing startups to hedge their bets.

“It is very important that co-founders have sufficient stake in the business to keep them motivated, cover for the high risks through significant future upside, and to also ensure they have control in running the business,” advises Vaitheeswaran.

Fundraising is a full-time job for leadership and they should have trustworthy lawyers and accountants. FDI laws in India are also not straightforward or properly enforced, but protectionism is not the answer in a global economy. India also needs better laws when it comes to shutting down a startup.

“Positivity at all times is a key ingredient for any entrepreneur,” says Vaitheeswaran; family support is crucial here. A crisis really shows you who your friends and supporters are. During tough times, many of Vaitheeswaran’s employees took pay cuts; some asked how they could help the company even while they were being fired.

However, other employees accused him of incompetence and bad-mouthed him on social media; some vendors resorted to threats with goons and thugs, and even had him summoned to the police station. When he was in dire straits, Vaitheeswaran asked friends for jobs but some who said they would call back haven’t called back in years.

Vaitheeswaran’s sense of humour shows through even while recalling the darkest moments of his journey. “Accumulating millions of frequent flyer miles does not make one a pilot,” he jokes, explaining how he was an avid reader of books and not a writer.

One hilarious incident was when a delivery to ‘Subramaniam’ could not be properly fulfilled because there were many people by that name in a Chennai office – the first name was not recorded at purchase time.

The book ends with some final observations on entrepreneurship. “An entrepreneur must be passionately and emotionally involved in a startup but dispassionate enough to be able to walk away when things are not working out. In reality, no one can get this timing right,” Vaitheeswaran sums up.

Indian attitudes towards failure also need to change. Success is credited to a whole team or company, but failure is attributed to one individual. Failure and having learned from it are regarded as badges of honour in Silicon Valley, but failure is generally regarded as stigmatic in India.

Another common myth is ‘fail fast and pivot.’ Pivoting has worked in some cases, eg., Starbucks switching from coffee machines to a coffee chain, Suzuki moving from weaving machines to motorbikes, Odeo pivoting to Twitter. Kishore Kumar switching from acting to singing. But the fact of the matter is that founders must invest a lot of thought and time in their ideas and treat the startup like their baby.

The book also throws up a number of larger and deeper questions about the nature of the startup ecosystem, funding and globalisation. Is hyper-funding something we have to get used to? What new kinds of logic work for hyper-funded startups? What is the optimum path to profitability in businesses with long gestation periods? Who are the primary winners in the global flows of capital? How can those who get caught in the crossfire survive?

In sum, the book has not only served as a form of catharsis for Vaitheeswaran, but has also become an insightful story about the ups and downs of entrepreneurship. It would be fitting to end this review with some of the quotes in the book:

We are still on Day One. – Jeff Bezos, Amazon

True pioneers enter uncharted territories without worrying about personal gains and create paths for others to follow. – S. Sadagopan, IIIT-B