The new fundraising craze – which were the top ICOs of 2017? 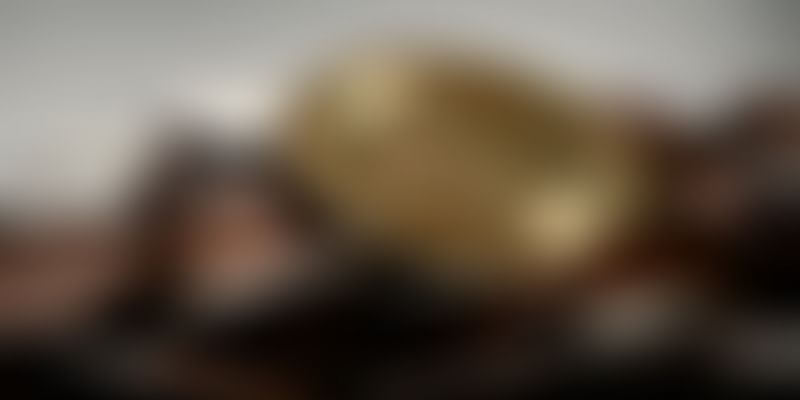 Despite all its myriad shortcomings, 2017 has been extravagantly kind to the cryptocurrency market. Bitcoin, Ethereum, and the like have hit all-time high values beyond what even the most optimistic enthusiast could have imagined. There are countless new cryptocurrencies catering to several applications of blockchain flooding the market every day, and crypto-coins are finally achieving mainstream relevance. One of the offshoots of this crypto-craze is the ICO.

An ICO, or Initial Coin Offering, is a way for companies to raise capital through the sale of cryptocurrencies. It works in much the same way as a startup’s IPO, except that investors buy tradeable tokens instead of shares in the company. The reason for this is simple. Since cryptocurrencies are open-source protocols meant for public use that aren’t under the control of any one entity, ICOs are a relatively easy and regulation-free to raise funding and develop ventures.

After witnessing the success of Ethereum and Karmacoin with this fundraising model a few years ago, several cryptocurrencies have flocked to it in 2017 in the hopes of being the next big thing in the market. While many of these attempts either failed horribly or were outed as scams, there were many more who tasted success and collectively raised over $2 billion this year alone. Here are some of the top ICOs of 2017:

Filecoin is a blockchain-based network that does for storage what Bitcoin does for money. People on the network earn Filecoin tokens in exchange for sharing their surplus storage with peers. The Filecoin ICO raised $257 million in total — split into a $52 million pre-sale and a second round of $205.8 million — from August 10 to September 10. Notable participants included Sequoia Capital, Y Combinator, and Union Square Investors. The ICO incidentally raised a whopping $135 million in the first hour alone, with the funds coming in the form of dollars, Bitcoin, Ethereum, and ZCash.

Tezos was launched with the promise of being the last word on altcoins. Operating on a new blockchain, Tezos possesses the ability to update its code, which enables it to adapt to any innovations in the future. Buoyed by such bold claims, Tezos’s ICO raised $232 million in Bitcoin and Ethereum between July 1 and 14. But the cryptocurrency was plunged into chaos a few weeks after this massive ICO. A highly-publicised dispute between its creators was followed by the revelation that the Tezos tokens which were sold as securities were never registered as such. Tezos is currently facing three separate class-action suits seeking the return of Ethereum and Bitcoins contributed to its ICO.

EOS is an infrastructure designed for quick deployment of decentralised applications along with the potential for scaling to millions of transactions per second. Running on the Ethereum blockchain, the EOS software introduces a highly-scalable and flexible blockchain architecture, which it says is an improvement over the current segment-leader Ethereum. The EOS ICO raised $180 million from June 11-26. To make sure that individuals and large investors alike could purchase the 1 billion EOS tokens created, the team released a fixed number of tokens in multiple stages.

Bancor is a decentralised liquidity network based on (and named after) John Maynard Keynes’ and EF Schumacher’s concept of a supranational currency. As such, the network allows users to create liquid smart tokens that calculate their own price and enable their conversion to other tokens without requiring a second party to exchange with. This Israel-based cryptocurrency aims at eliminating the need for eliminating trading exchanges which typically charge high transaction fees. Bancor’s ICO, held on 12 June, was uncapped and it raised $153 million with participation from several high-profile names, including prominent venture capitalist Tim Draper.

Status is a free, open-source mobile OS built entirely on the Ethereum blockchain. It was launched with a promising goal – to turn your smartphone or mobile device into a light node on the Ethereum network. Users can buy/sell/store/receive Ether, browse decentralised apps, and even make use of an encrypted-by-default messaging service. The high-level security offered by this Swiss firm also allows users to send payments and smart contracts to their contacts via the messaging app. Due to such stellar features, Status’s ICO, held on June 20 this year, raised $108 million despite a few technical hiccups in the days leading up to it.

Kin is a general-purpose cryptocurrency developed for use in everyday digital services such as chat apps, e-commerce, and social media networks. Created by the Canada-based Kin Foundation, the Kin ecosystem makes use of Kin tokens – implemented as ERC20 tokens on the public Ethereum blockchain – for all transactions on the network. Kin derived its initial value by being integrated into sister chat application Kik, which was the first digital service to join the Kin ecosystem. The Kin ICO was held from September 12 to 26 and it raised around $98 million in Ether.

MobileGo is the world’s first cryptocurrency-centric mobile gaming platform and store for in-game purchases. The mobile gaming market is worth around $50 billion. MobileGo plans to capitalise on its size by offering quicker payouts and increased revenues to developers along with decentralised match play, tournaments, and gamification (discounts and rewards) to mobile gamers. In a month-long ICO that ran from April 25 to May 25, MobileGo raised $53 million, out of which the company plans to spend $25 million on just marketing.

Electroneum is an altcoin that targets the world’s 2.2 billion smartphone users while simultaneously re-writing the rules surrounding the ease of use and accessibility of cryptocurrencies. Boasting security features that make transactions completely private and secure (unlike those on Bitcoin), Electroneum allows its users to manage funds and make/receive payments by using QR codes. Furthermore, it allows users to mine tokens – something that usually requires expensive and powerful mining rigs – using their mobile devices. The Electroneum ICO started on September 14; it was closed early on October 20 after hitting the hard cap of $40 million.

Investing in ICOs is undoubtedly riskier than investing in, say, an IPO. But if the meteoric rise of Bitcoin is anything to go by, it might not be a bad idea to invest a little in the next promising one you come across.