On thin ice: How AI predicts melting of sea ice 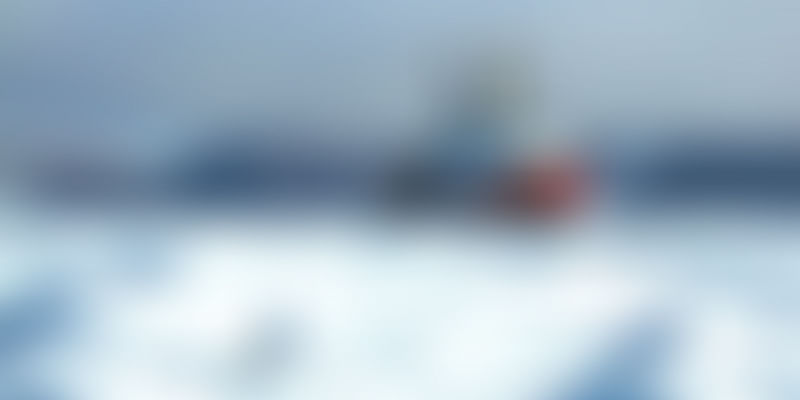 Arctic sea ice that once foiled bold explorers and led sailors to their deaths is melting as the Earth warms. But instead of making seafaring safer, melting ice creates new perils for ships, and the people in northern communities who depend on them for food, fuel and other goods.

“The changing climate makes long-term forecasting of sea ice and icebergs more difficult because ice conditions vary more than in the past,” said Richard.

To change that, Martin Richard, a professor at Memorial University of Newfoundland, is tapping GPU-powered AI to predict when and where ships are likely to encounter dangers in the Arctic ice. It has the potential to change lives and livelihoods for people in northern regions.

Sea ice is frozen ocean water that melts, partially or entirely, during the spring and summer and freezes in the fall and winter. As the Arctic region warms — scientists say Arctic temperatures are rising twice as fast as the rest of the planet — it’s harder to predict when the ice will break up and when it will freeze and expand again, Richard said.

“Industries like shipping or fishing that depend on the ocean need to know in advance how the season is shaping up,” said Josh Barnes, a master’s student at Memorial University of Newfoundland.

At the same time, climate change is shifting the location, timing and patterns of sea ice and icebergs, he said. “All of this affects people in northern communities who rely on shipping for food, fuel and other goods,” said Richard. Unpredictable ice conditions also affect industries like tourism and energy.

Drifting ice can unexpectedly block channels or trap ships without ice-breaking capabilities. Richard and Barnes are developing GPU-accelerated deep learning models to predict where and when sea ice is likely to melt and refreeze, as well as where ice could pose danger to ships.

Ice can also clog ports that are normally ice-free in summer. Just two months ago, sea ice and a hulking iceberg that drifted south cut off access to the Newfoundland and Labrador coast, keeping most fishing vessels onshore, cutting fishing revenues and forcing a rescue of fishermen trapped in the ice.

Full steam ahead with AI

Unlike existing forecast methods, which generally look ahead 7-10 days, the team is working to consistently predict conditions for sea ice up to six weeks in advance, and six months head for icebergs.

That’s valuable because supply vessels often spend weeks navigating to northern regions, Richard said. Shippers need to make the most of the short season after the ice melts and before it grows again. Martin said the team’s deep learning model maintains the same spatial detail as traditional forecasting methods.

Richard and Barnes are using NVIDIA Tesla GPU accelerators to train a large number of neural networks. Together, these neural nets could capture how factors like global weather and ocean circulation or local air and sea surface temperatures can be used to predict ice conditions over time and over large swaths of the sea.

“Bringing all those dimensions together and achieving level of spatial detail we want requires a lot of processing power,” Richard said. “I don’t think it would be possible without GPUs.