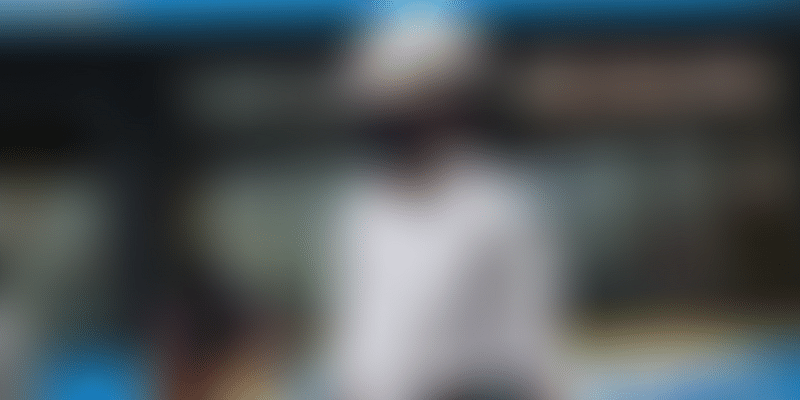 As cities across India battle the toxic air, citizens, and entrepreneurs come up with innovative ways to combat pollution.

Across the country, and even the world, students, entrepreneurs and citizens are engaged in devising innovations to combat pollution, even as governments engage in the legislative approach for the same.

Here are six innovations that are changing the game.

As the smog thickened, President Ram Nath Kovind endorsed the Nasofilter, developed by the Indian Institute of Technology-Delhi at a recent academic convention. The innovation was also presented with the ‘Startups National Award’ of the year 2017 by the former President Pranab Mukherjee.

The Nasofilter is a filter that sticks to the user’s nasal orifice, and restricts foreign particulate matter. The team has ensured it is environment friendly, use and throw bio-degradable product that gives negligible breathing resistance.

The project has been funded by the Indian government.

“We are cleaning the environment by not releasing the carbon that would otherwise enter into the lungs of people,” he says. “Then that (carbon) becomes financially viable, because whatever (is captured) can be repurposed and sold to (use in) newspapers, print magazines, T-shirts.”

Kaalink is retrofitted to engine exhaust pipes, and captures approximately 95 percent of the particulate matter pollution without inducing back-pressure.

He founded Graviky Labs in 2013 with the idea of combating air pollution. The company team claims to have captured 1.6 billion micrograms of particulate matter, equating to roughly 1.6 trillion litres of outdoor air.

While Delhi has seen improvement in household air pollution due to a shift from traditional fuel-burning chulas, adjoining regions lag. Women in villages and small towns continue to depend on wood and animal dung for cooking. This produces harmful and poisonous gases like carbon monoxide.

To tackle this problem, students from IIT Delhi, who are part of the non-profit international organisation Enactus, made a low-smoke emitting stove.

Under Project Aanch, the students devised a low-smoke stove based on a design by Philips. The stove also consumes only a third of the wood in comparison with the traditional chulla.

Hyderabad-based startup, OnMask provides protection against toxic air pollutants by filtering dust, mist, exhaust fumes, allergens and other irritants. The OnMask is a washable and reusable anti-pollution mask, and is a ‘better alternative’ against surgical masks, handkerchiefs, bandanas, and scarfs.

In the future, we plan to come up with various effective products that ensure high quality air, as well as products to cater to the needs of various industries where workers are exposed to harmful pollutants daily and as a result suffer from various occupational diseases.

Berlin-based GreenCity Solutions has come up with a unique solution to solve the growing air pollution in urban cities. Their solution — CityTree — is a mobile wall of moss, equivalent to 275 trees or a small forest, to clean and cool the air. Further, the mobile installation is self-watering, self-monitoring and solar-powered.

Moss cultures have a much larger leaf surface area than any other plant. That means we can capture more pollutants, said Zhengliang Wu, co-founder of Green City Solutions.

This innovation has already marked its presence in Oslo, Paris, Brussels and Hong Kong.

To combat air pollution, Dutch artist and innovator Daan Roosegaarde has devised a modular tower that can clean the air around it. His ‘Smog Free Project’, bids for a structure which acts like a home air purifier, but at a larger scale.

The two-storey tower traps smog through ion-technology and expels clean air, thereby creating a bubble that is almost 75 percent cleaner than the rest of the city.

Further, Studio Roosegaarde turns the dust into jewellery — mostly rings — that represent 1,000 cu mt of air cleaned. The ‘Smog Free Ring’ is currently the part of Stedelijk Museum in Amsterdam.