How this biodiversity park is fighting pollution in Delhi 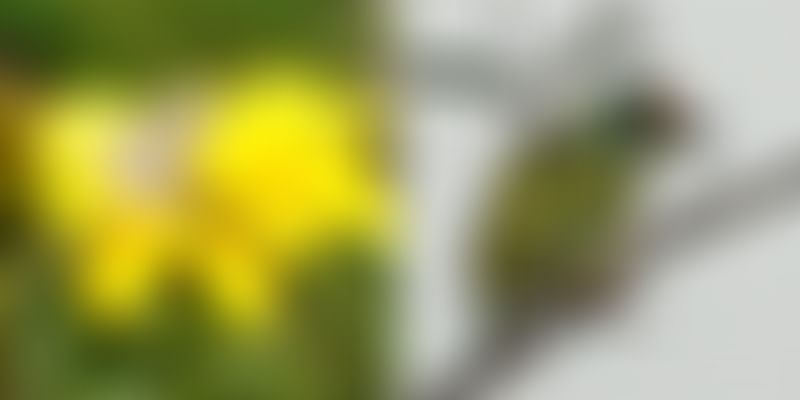 15 years after this biodiversity park was created in the Yamuna floodplains, the redeveloped ecosystem is helping Delhi fight environmental pollution.

In July, the temperature slowly dipped in Delhi. Only a few migratory birds remained at the Yamuna biodiversity park. The others left for Central Asia and Siberia. Some species of summer terrestrial migrants were expected to arrive while some others could be seen enjoying the park’s wetlands.

“The red-crested pochard, a magnificent bird with a red head and an orange beak, has left,” says Sameer Gautam, an education officer at the park and an avid ornithologist.

“The arrival of this bird after a gap of over 15 years was a great feat and is indicative of how the ecology of the park is improving,” says Sameer, who is studying the nesting places of black-crowned night herons. “The herons stand still at the water's edge where they hunt for food mainly at night or early morning. The wetlands provide a great habitat for the species, which is quite sensitive to changes in habitat structure and composition,” he says.

Sharing memories of early days, Dr Faiyaz A Khudsar, the scientist in charge of the park, speaks about how the concept took root and proliferated.

“It has been 15 years (from 2002, to be precise) since the park was first created in the Yamuna floodplains of Delhi. The park sprawls over an area of 457 acres on the flat alluvial floodplains of the Yamuna near Jagatpur village in the upstream of Wazirabad reservoir. The Centre for Environmental Management of Degraded Ecosystems, Delhi University, with support from Delhi Development Authority, developed the park through the allocation of land and grants,” he says.

In a city which has very high concentration of particulate matter, the importance of a biodiversity park is immense.

Dr Faiyaz and Dr C.R. Babu, an influential ecologist in India, were keen on preserving the ecological integrity of the area and worked hard to bring the park to what it is today.

Sameer, who is very enthusiastic about the park, shows the indigenous, naturalised and cultivated plants of various genera. “The floodplain was destroyed over time and its verdant forests, grasslands, wetlands and wildlife lost. The introduction of exotic species, Prosopis juliflora, locally known as vilayati keekar, a thorny shrub in the barren areas of Delhi ridge and floodplains wiped out over 500 native species of Delhi. The native flora and fauna that used to exist 100 years ago, which had gone missing locally, are being re-established now,” he says.

The park acts as a natural conservation site for a specific group of endangered plants and its environment is conducive to the survival of carnivores.

Dr Ekta Khurana, a scientist working on creating this new ecological habitat, says: “The nature reserve now houses about 2,000 plant and animal species living in some 30 biotic communities. There was much for us to learn and the park is used for environmental education by local schools.”

How the park was created

Dr Khurana, while providing detailed accounts of the monitoring of ecological changes, says, “Recreating the ecological conditions (valleys, ridges, etc) and developing biotic plant communities (on the artificially-created mounds) were long and painstaking processes. Since the soil is saline, only salt-loving plants like Sueada fruiticosa could grow here. We used grasses like Leptochoal fusca to alter the soil pH from 10.5 to 7.4. After the soil became neutral, we added farmyard manure prior to planting species. Nature took its own course.”

Sameer shows me around the area of the park where they bank seed genes of indigenous plants--a repository of genetic materials to preserve genetic diversity. I could also see khejari, the tree of life, a native species of Delhi. There are also native trees like teak, mitragyna, adina, dalbergia, etc. Wetland marshes have been created to impound the floodwaters. The mounds in the middle serve as a habitat for several resident and migratory birds.

By the year 2010, most trees had attained canopies. It is hard to believe that a natural environment like this could be created so quickly on the Yamuna banks.

“The rate of colonisation by plants and animals in the middle of a large city exceeded our expectations,” Sameer says. “The park is able to support animals like civet, mongoose, hares, nilgai, jungle cat, wild pig and many other species,” he adds.

“The phase II project, which comprises a mosaic of wetlands, is lagging because of administrative issues like demarcation of land,” Dr Faiyaz says.

The park restricts entry to keep the impact of visitors to a minimum. But those who get to visit get valuable lessons in what ecology really means.