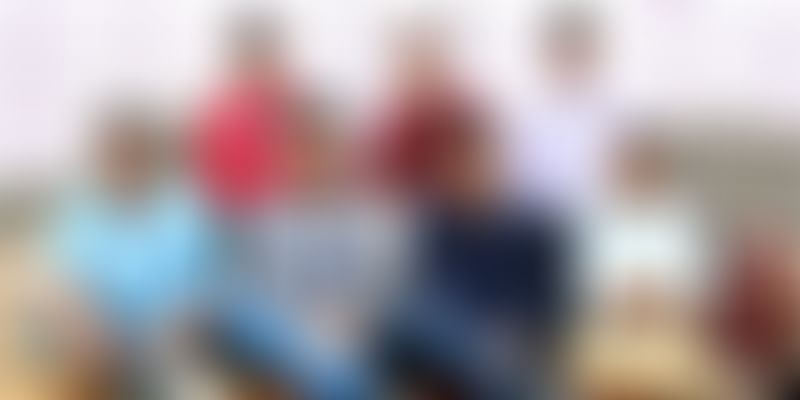 Scapic is a SaaS-based cloud platform that allows users to create and build virtual and augmented reality experiences through a web browser.

Like any true-blue technology fans and passionate product enthusiasts, Saikrishna VK, Ajay PV and some other friends were discussing Elon Musk, life and then some more. The conversation quickly spiralled into the question - ‘What if computers were not limited to the screen they have?’

This led Saikrishna and Ajay to ask why the digital world, which is rapidly evolving into the field of Virtual and Augmented Reality, had not been able to involve a larger audience in the creative process yet.

“We then discovered that the technical skill set required to be in the field was incredibly high, and limiting,” explains Saikrishna. This is what led to the birth of Scapic. It is a platform that helps users create and discover Virtual and Augmented Reality experiences.

Working as a cloud-based editor, the platform allows anyone to build VR and AR content without the need to code. The Scapic team comprises of 10 people, with the average age less than 24 years.

Saikrishna adds it is this that possibly gave them the audacity to think ground up and build things people like. “Previously, I have founded an edtech startup, and an AI startup called Supertext. Ajay was formerly from Cisco, and SF based VR startup Gridraster Inc,” adds Saikrishna.

While the duo had an idea in mind, building a deep technology product startup was a challenge in India. Saikrishna adds that at Scapic, they found themselves at the crossroads of a product-first approach versus distractive short-term benefits.

“As a startup, it becomes imperative to have strong focus around listening to your first users and build atop that feedback loop. Constituting the same from the early stages of the development process ensured we could get incrementally better, faster,” explains Saikrishna.

Working around the challenges and differentiators

Making content easier for virtual and augmented reality is a difficult task. Saikrishna adds that there are bigger companies as competition in the space. He, however, adds that the competition is significantly focused on the limited parts of the creation process.

“Some focus only on photo support, some on the application layer and some others on the 3D side of things. Hence, Scapic is the first tool to really enable the end user to skip all the hassle and start with the content creation process in the least path of friction,” says Saikrishna.

Scapic allows a user to build, explore, and share virtual and augmented reality experiences from the web browser. Since Scapic is a cloud-based content collaboration tool, there is no end app installation necessary to view these experiences.

There’s a visual interface for non-programmers and a web sandbox to build detailed experiences or Scapes. The goal is to enable user-generated AR/VR content, leading to use cases ranging from walkthroughs, data visualisation to building entire connected worlds.

Scapic follows a SaaS model with Scapic Free which is meant for the end users, free of charge to get started with creating VR/AR experiences. Scap Pro is for enterprises and professionals.

Over the last six months, Scapic has been in a closed beta, with a focus on product completion, catering to select enterprises with the product, and building experiences that delight the customer.

Besides signing up 10 enterprises in the beta programme, Scapic has also been one of those selected in Y-Combinator's Startup School, Batch 2017.

“Over the years, the way we have interacted with computers have become more personal and direct. The natural evolution of the same is from instructions to GUI to now, spatial computing. This puts Scapic’s value proposition in the forefront of the next wave of computing interfaces in the form of VR/AR,” says Saikrishna.

Ever since Facebook acquired Oculus for $2 billion, VR and AR has been on and off the forefront. According to CB Insights, media companies, movie studios and even VCs are looking closely at the space. The report said that over $3.4 billion has so far been pumped into space.

CB Insights says PlayStation’s PS Virtual Reality, a $400 headset, is on track to sell over one million units and it is believed that Apple has over 1000 engineers in Israel working on an AR headset. Closer home, actor, producer and entrepreneur Rana Daggubati too is looking closely at startups and technology in the AR/VR space. Today, there are several use-cases for AR/VR like construction, furniture, gaming, and of course the movie business.

“The months ahead look to be some of the most exciting ones in the fields of VR/AR/MR (Mixed Reality) with all major companies from Apple, Google, Samsung, Facebook and Microsoft having announced some very strong roadmaps for VR and AR to take off. When it does, content will matter. When content matters, Scapic would be at the heart of the content creation wave. Here’s to the next,” adds Saikrishna.