With a spray, PeeSafe eliminates most women’s personal hygiene concerns 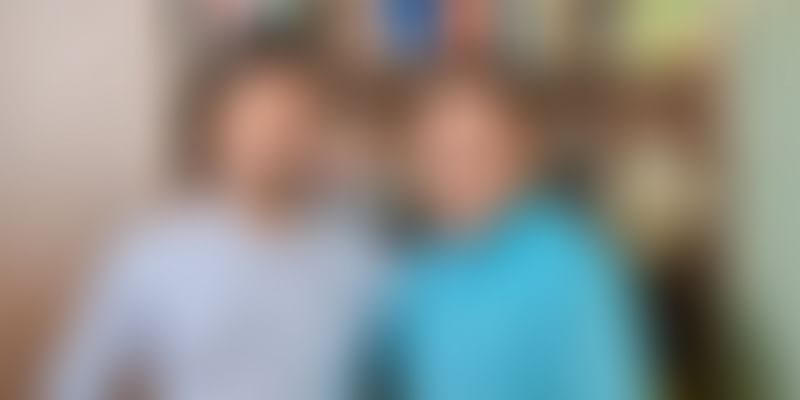 Sanitisation spray PeeSafe can be used in washrooms to not only clean the surface, but also sanitise it, helping fight health issues brought on by unhygienic conditions.

Road trips, no doubt, are fun. They help liberate and rejuvenate the mind and body, and also offer new perspectives and the ability look at the world in a different light. However, the lack of clean toilets along highways, and even within towns and cities, pose a big problem, mostly for women travellers.

Also, as more women enter the workforce, often, the lack of safe and clean toilets at workplaces and when travelling becomes a major cause for concern.

Srijana Bagaria faced this problem first-hand when she contracted urinary tract infection during a road trip in 2013. Realising this was problem most women faced, her husband Vikas Bagaria began researching, and found that across the world personal hygiene issues have created a global market for UTI treatment drugs. Research pegs this market to touch $9.89 billion by 2023.

As a solution, Vikas and his friend Dheeraj Jain came up with the idea of a sanitisation spray. The duo launched PeeSafe in 2013.

The spray can be used in washrooms and helps clean and sanitise the area. “With PeeSafe, women can feel more comfortable using public washrooms,” says Vikas. The company claims to have sold over five lakh units of the product to day, both online and offline.

For Vikas, the idea of starting a company and a product wasn’t new, or difficult. A seasoned businessman and entrepreneur with over 20 years of experience, Vikas had set up his first startup, VR Forklift, in 1997. He went on to found SRV in 2003.

With a view to ensure safety of women and children, Vikas also launched a range of self-defence products like pepper sprays, emergency lights, stun guns under his company SafetyKart.

From SafetyKart to RedCliffe

Following a model similar to fast moving consumer goods companies, Vikas and Dheeraj outsourced the manufacturing of the product. After scouting different vendors and distributors, they finalised one in Dehradun. “For the first several months, we focussed on just launching the sample and test products, which we asked our family and friends to try out,” says Vikas.

Manufacturing and testing of PeeSafe was initially supported by SafetyKart and Vikas adds that by then, the company was running as a strong business with sales of $500,000 annually. He began selling the product on online portals and retail stores in 2015.

Earlier this year, Vikas and Dheeraj launched RedCliffe Hygiene, and moved PeeSafe to the new company’s portfolio. The team, under RedCliffe Hygiene, also launched other hygiene products like GymSafe and MoskitoSafe. Over the last seven months, the company claims to have a revenue of Rs 12 crore.

“Our tie ups and reach in offline with P&G distribution network placed us in over 5,000 stores in less than a month,” says Vikas. While the team refused to share the exact revenue details, Vikas says that on the same of every unit of PeeSafe, the team makes money. He also adds that while they are a unit positive company, they spend significant amounts on marketing.

Globally, Lizol in the US, and SafeSeat in Australia, manufacture similar products. The female hygiene products market is believed to be growing at 13 percent annually.

According to Markets and Research, the market is seen touching $42.7 billion by 2022. In fact, as of 2015-16, P&G had over 60 percent of the market share. In India, Ador Group backed startup Be.The Solution makes similar products.

PeeSafe currently has a 40-member team and is present in 10 cities in India. The team claims 12 percent of its revenues come from Tier II and Tier III cities. It is also present in the Middle East and Africa. In the near future the team is looking to expand into different geographies across the country and globe.